Well it may start to be a thing. But software engineers need to know to make it a thing. 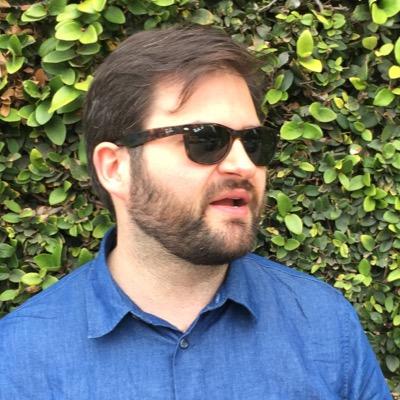 @fromedome
Pouring one out for the iPod One of my all-time favorite charts, the classic stegosaurus formation: twitter.com/markgurman/sta… https://t.co/TNPSl8u0zv 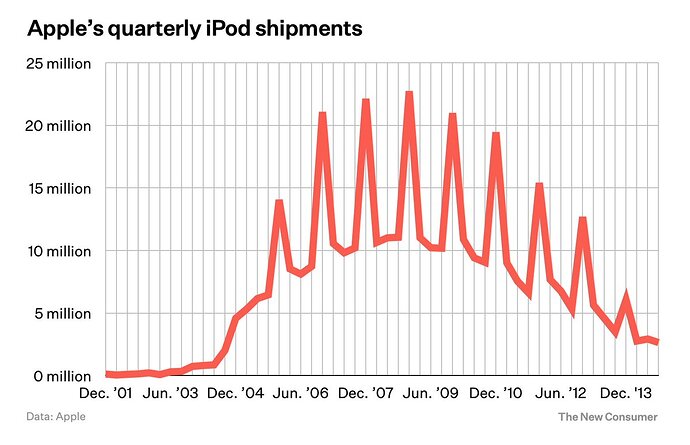 I thought it was already a thing, although it only helps if you have an iPhone. Otherwise you have to wait “a period of time” for it to start beeping. What to do if you get an alert that an AirTag, Find My network accessory, or set of AirPods is with you - Apple Support

My series 3 is still just fine, but they’re not going to support it anymore. Will just get the series 8. The ultra one is nonsense, just like actual luxury watches. Sure, some actual deep sea divers will get one, but mostly rich people. It has nice bands, though. I’m excited to buy knockoff versions of those bands for $10. Still not a fan of them doubling down on the “buy an Apple Watch or die” marketing message.

Not that much better than current ones, but still better. I’ll probably get them because my current headphone situation is very fiddly, and they will solve it. Hoping the adaptive transparency feature works as advertised.

RIP small iPhone. I will cherish you for many years. When the time comes I guess I will have no choice but to get the smallest phone available. Also, I don’t see any USB-C.

They are clearly out of ideas for iPhone. They just keep making the camera better. Some of the safety features and “buy our product or die” marketing have been ported over from the watch. The new notch design on the pro model is nice. I’m sure the regular model will have it in a year or two.

My Series 3 is on its last legs in terms of battery life and software support. I think I’ll go with the non-cellular small Watch 8. Back when I got the 3 the only way to get GPS was to also get the LTE cellular version, but in the last five years I’ve only used the cellular connectivity three or four times. So GPS only will do me fine I think.

I didn’t see the event but found out all I needed from Twitter. I bought a phone last year so the watch was all I cared about.

My next phone might be Android again with that.

Not that much better than current ones, but still better.

Doubled battery life is a big quality of life improvement for my usage. I’m going to stick with my 1st generation AirPods Pro for as long as the battery life remains reasonable.

Maybe by that time Framework will make a phone. 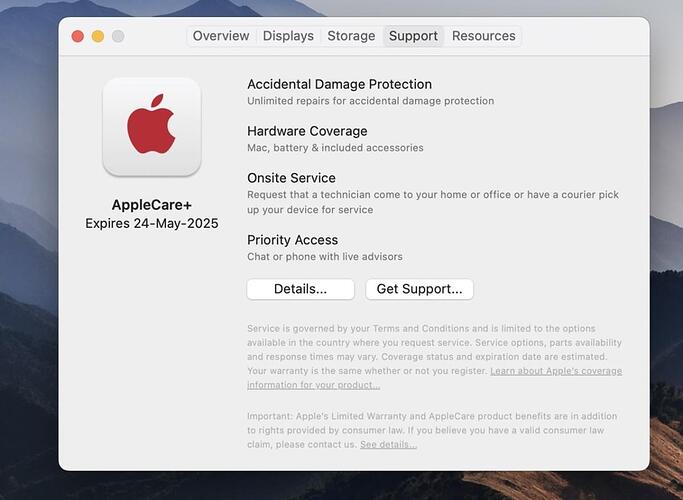 Apple has upgraded its AppleCare+ plans for Mac, iPhone and iPad. They now cover unlimited repairs for accidental damage. 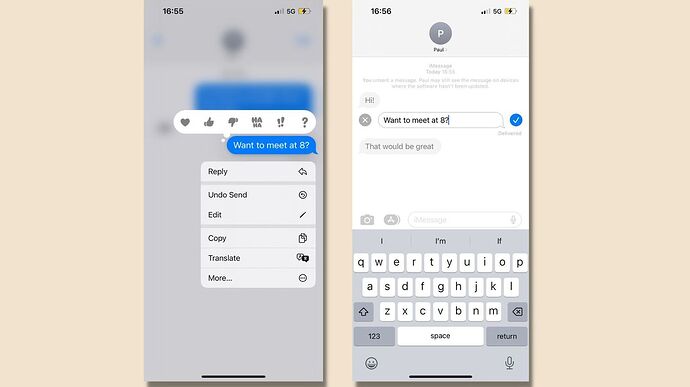 iPhone users can now edit and unsend text messages (but only to other iPhone...

The newest version of Apple's iOS will allow users to edit and unsend messages sent via iMessage — although the features work properly only when your recipient's device is also running iOS 16.

It connected to all my devices, including Nintendo Switch, so easily. It also switches between those devices seamlessly. Exactly what I wanted. Now I can use my Bose QC 35II over-ear at my desk for my desktop and work PC, and use the AirPods for everything else. No more hassle of constantly manually switching Bluetooth connections and all that. This was my primary reason for buying them. Second reason was to use while indoor cycling, but I haven’t tested that yet. Soon.

All the wireless headphones I own or have owned prior were either big over the ear deals or were earbuds that still had some kind of wire or something connecting them to each other. It is very nice, comfortable, and freeing to just have two little things in the ear.

For the past 15+ years just about all the earbuds and earplugs I’ve used have had triple flange tips that seat pretty deep in the ear canal. I tried all sizes of tip on the AirPods. None of them felt to me like they were secure in my ear, or were creating a proper seal. I ended up just going back to the default size. I used the software tool that tells you if you have the right size tips, and it said I do. Even though they feel like they are going to fall out of my ear, they never do. I even tried literally headbanging, and they didn’t budge. I think this is just something I have to get used to.

The noise cancellation was actually quite impressive. Despite not feeling like it created a complete seal in my ear, it very effectively blocked outside noise. It also very intelligently occasionally lets in particular outside noises, but keeps them quiet. For example, I heard both a fire engine and some construction noises, but they were very toned down. I guess this is the “adaptive transparency” actually living up to the hype.

Switching between noise cancelling and transparency mode is very easy. I’ve had other headphones with that feature, but never used it. I would always just take the headphones or earbuds out when I wanted to hear something like someone talking. The fact that I’ll actually use the feature says it all.

The personalized spatial audio was a bit tricky to setup since it needs to use the camera to learn the shape of your ears. It was hard to aim the camera while not being able to look at the phone. Once I had it setup, it worked. The spatial audio feature itself is a gimmick. I could absolutely go without it and not give a crap. That said, it isn’t distracting or bad to turn it on either, just completely unnecessary. Basically it makes it sound like the audio is coming from speakers that are in your room at a fixed position even though you are using headphones. So when you turn your head, the balance/face adjusts accordingly.

The last thing to mention is the touch controls. It actually took me awhile to figure them out. I was trying to tap on the stems of the earbuds, and it wasn’t doing anything. Apparently the taps only register on this small flattened area. Also, you have to press a lot harder for it to register than I expected. I thought I was just going to lightly tap. No good. You have to really press as if it was some kind of button. Once I learned it, it worked mostly just fine. If the device I’m listening on has some accessible volume controls, like my phone, I’ll probably still use those first. But otherwise, it’s nice to have the controls on the AirPod.

I think I’m going to keep and stick with these, especially since I have iOS devices. That said, Bose did just come out with the new QC Earbuds, and they are a strong contender.

How do you switch between devices like the Switch? Is there an App that lists all your active devices?

To pair with a non-Apple device you put the airpods in the case, open it, and then hold a button on the back of the case until the light blinks. This puts it in pairing mode. You then pair as you would any other bluetooth device.

To switch the airpods between Apple devices, you do nothing. You just put them in your ear and start using whatever device. It will figure it out. Sometimes if you switch devices quickly it will delay. I put away my phone and immediately took out my iPad. It didn’t switch over to iPad immediately, it took a little bit.

To switch them to a non-apple device, you just need to tell that device to connect, assuming pairing was done at some point in the past. On the Nintendo Switch that means going to settings, choosing airpods, and pressing connect. Once you choose it, they connect immediately.