Does anyone use radio apps on their devices like Pandora or Spotify? If so, what playlists do you use? Here’s my current list of Pandora stations, which I have set to shuffle:

Any more ideas for artists/genres to check out?

Yeah but I use Google Play Music.
While there are these types of playlists, I tend to not use it and prefer a method which allows me to explore different musical tastes.

However I often start off stations based on a song I want to listen to. e.g. I enjoy movie original sound tracks and really enjoy the generated “Epic Film Scores” playlist for background music while working.

GPM has curated radio stations that relate to specific days and specific activities. In addition to this you can have a radio station generated on an artist or a single song and the rest of the playlist is generated based on previous likes on genres and your observed listening habits.

I don’t actually have a specific list unless I want to listen to an entire album.

My music preference changes throughout the day and depending on the day and activity (e.g. I might not want to listen to any lyrics while working)…

Going by what you posted and what I think you might enjoy. I pulled some of my most listened to tracks on Google Play Music. Thrown together Saturday Playlist.

I’m pretty bad about playlists. I just never put the time and effort to actually make them more than a few songs. In general I just tend to listen to a lot of the same albums daily or I’ll just use a service’s radio mix to find new stuff and just have a constant flow of music I don’t have to mess with.

Google Play Music gave me the latest Triple J Hottest 100 as a radio station lol, not complaining, just was happily surprised that they are working in concert with Triple J.

I have playlists for a lot of stuff but the only thing I really listen to as individual songs are electronic songs since they often come out as singles to begin with. Otherwise I usually am listening to a full album.

I use my soundcloud likes as a playlist. A lot of songs I like aren’t on the normal streaming platforms like Spotify or Google play music.

Today I found the best playlist in history.

I just use Bandcamp Discover. It has a lower average quality than the Spotify stations but a greater number of bands I actually want to listen to. Haven’t tried Google Play’s stations, is it a rebrand of Slacker or is it actually new? Pandora’s a joke. No Caravan Palace alone is a deal breaker.

Does anyone else here make playlists? I like trying to find a theme or concept and assembling x number of songs relating to it.

Google play music acquired a service called Songza that was built on human curated playlists. That combined with Googles own algorithmic magic. It’s pretty great if there is a playlist I can dream up it already exists.

I have a decent number of playlists. They’re usually centered around a genre, but I’m pretty careful to separate the genres into moods too. Or keep them strict enough that I can easily skip a song or two to get back into stuff I’m feeling for the day.

There’s some more specific ones but those are the ones that I listen to the most.

A lot of the curated Spotify playlists I thought were decent, but I’ve preferred the Apple Music ones more. Their streaming radio shows are usually really good but contain some radio bullshit from time to time. It also has links to the songs being played in the mix that you can just add to your music.

That’s a Rorschach test right there. I would’ve made it all gangsta rap.

Does anyone else here make playlists? I like trying to find a theme or concept and assembling x number of songs relating to it.

Yeah I make them for work, when I find a song that I really enjoy but has no lyrics.

I also make show related songs, like the producers of Black-ish have some great picks and have made one.

Also stuff like all the Tarantino film songs in one, all the seasons of Game of Thrones in another.

Otherwise if it’s not activity specific and am looking for lyrics, I play one of Google Play Music curated play lists or start playing radio that is generated from a song I feel like listening to at the time or I just click random and Google will assemble something I want.

I somehow managed to get the YouTube Music algorithm really confused with my music selection. The good news is that I no longer get any generic pop music that radio likes to cram down my throat, instead it is a YMO wonderland of Japanese 80s-90s pop music, some chip tune, nerdcore hip hop, and that’s it.

Even when I feed it more music to have it naturally be added in my main random play mix is just those genres. I also think I may be the only person who takes the random thing serious enough to track good and bad selections and it is vastly improved over the year but not quite there yet.

I used to spend a lot of time making heavily curated playlists, often mastering them, normalizing, adding transitions, etc… for complete experiences. Before CD burners, I I would design them for two-sided long play tapes. Once I had a CD burner, I settled on 80 minute continuous playlists that consisted of one track.

I don’t have most of the masters to these anymore, but I stopped caring about long music experiences the day I stopped owning a car.

It’s not really about “long music experiences” for me. There are a lot of occasions when I will listen to an album from front to finish. But there are a lot of times when I want to listen to a grouping of songs that I know I’ll like, even if it’s just for 2-3 songs. Playlists still come in handy for me in those situations. Like I said, I curate them a lot to be able to hit shuffle (and maybe next a couple times) to get into a groove.

I wanted specific experiences. This song, then that song, then THAT song, because the first and second transition on the same chord and the second/third bridge on rhythm, etc…

I’d spend hours creating them, mastering them, etc… Then, I’d put on headphones and listen to them start to finish.

Ah I see, yeah I never went THAT deep too often. That sounds less like a playlist and more like a DJ set, but then again you could probably argue a DJ is just providing transitions and mixing into a playlist.

SiriusXM buys a stake in Pandora.

This should be interesting… 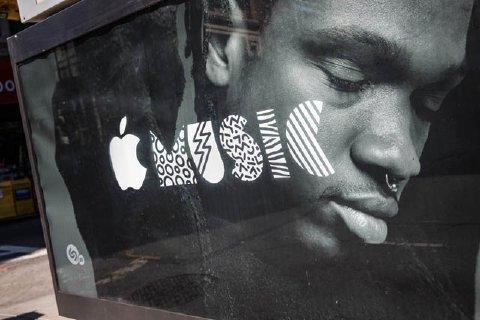 The decision is a major victory for songwriters, who have long complained they are insufficiently uncompensated by on-demand music services like Spotify and YouTube.