Yeah, which god will snap into you, sure. But which god is the god that snaps into you if you are damned? Ajokli? That doesn’t seem right. Is all this damnation stuff just about making sure a different god than Ajokli snaps into you? No, they are talking about sealing off the world from the outside. This way no god can get your soul. It is stuck in this dimension.

But also new souls can’t get in once Mog Pharau is awake. We never hear much about how new souls come in from the outside. Do the gods poop them out?

As if sin were a physical material.

Can’t be that far off. There’s at least some physical manifestation - The Mark.

I think every soul is “damned” (I can’t remember, do you get a POV from Nanaferi when she dies?), it’s just that worship is a kind of spiritual marinade that attracts one god over another.

I wanted to ask that. Why does death always swirl down? It doesn’t go up. It doesn’t slide. It doesn’t drop. It specifically swirls. Mog Pharau is a tornado, which also swirls. This can not be a coincidence! There is a meaning in the swirling down!

Was there hell before Arkfall?

What’s up with the Nonman religion?

What about Fane and the non-marking Water of Indara? Are they damned? We never saw them swirl down, nor did the Eye ever look at them.

One must assume Fane will be addressed in The No-God. Bakker has denied that Fane was Dunyain but maybe he was still connected to the Ark. Is The Water actually Tekne? Several times, Tekne is described as lacking a Mark.

Wait wait, I must have completely missed everything about the non-man religion. What is the deal?

The Tusk is from Eanna, right? It was brought into Earwa during the breaking of the world. Inri Sejenus is also from Eanna. That shit is super super super old, right? Might even be pre-Ark? I’m not wrong about this, am I wrong about this? The Tusk also talks about all the gods and such, yes?

The Fanim also believe in the actual Tusk, just not in the other Inri Sejenus (Jesus) stuff, right? They believe in Fane instead. Fane came even later, from Earwa, right?

The Scylvendi believe in WOR!

We need to get this shit sorted out.

The Tusk was gifted to the Ketyai by the Inchoroi.

"So the Inchoroi began giving them to the Men of Eärwa, hoping to incite them to rebellion. But the Halaroi had no stomach for rousing a feared, and most importantly, absent master, and so rendered the deadly gifts to their Nonmen overlords. The Inchoroi then looked to Eänna, where the Men were both more fierce and more naive. They gave the Chorae to the Five Tribes as gifts, and to one tribe, the black-haired Ketyai, they gave a great tusk inscribed with their hallowed laws and most revered stories–as well as one devious addition: the divine imperative to invade the ‘Land of the Felled Sun’ and hunt down and exterminate the ‘False Men.’" 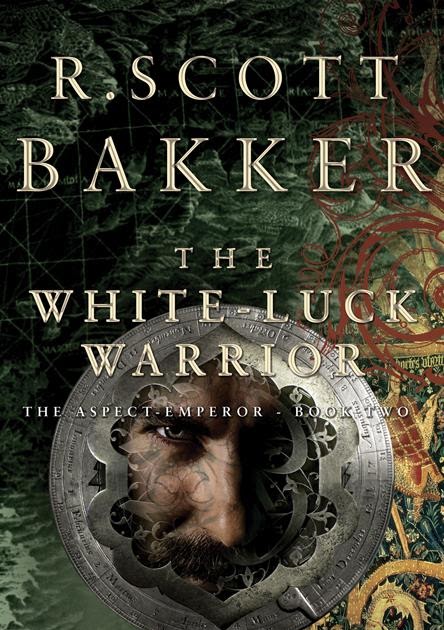 woah wut? The Tusk and the Chorae were made by the Inchoroi? Was that even hinted at in the books?

Was that even hinted at in the books?

Yes. I assumed the Inchoroi wrote the Tusk, and considered it confirmed reading the current book.

Chorae were created by the Nonmen practicing the Aporos and given to the Inchoroi.

I was so certain my “Tusk is the/a heron spear” idea was dead, but now…

So what does that mean for the interaction between the Judging Eye and the Chorae? Mimara saw it as a pure mote of god’s will. But it’s actually mystical anti-matter. 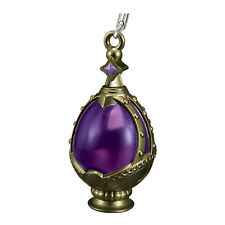 I just got to the end! I was frustrated with Mimara and Achamian seemingly having very little influence over the outcome despite all they’d learned and endured.

Kellhus surprised me by going against the the mutilated Dunyain usurpers of the Consult. I thought he’d be into that because he was both selfish and damned. What strikes me is how he told everyone he represented the god and then he actually followed through on his promises because he was the devil!

It goes to show just how much real world religion depends on “evil” to highlight “good”. The “them” to the “us”. Even the Great Ordeal depended on the Sranc and when the Sranc stopped coming things really went to shit.

I got a bit confused by the Celmomian prophecy. The prophecy itself works best when Nau Cayuti is Celmomas’ true-born son because he might have had a sense of his son’s blood or something with his wounds. But there was the chance that he was Seswatha’s boy from his affair which seems more “special” somehow for Nau Cayuti to uniquely activate the carapace.

[Kellhus] was both selfish and damned

Not too sure about either of those. The whole point of the Ordeal was to save the world.

And are we sure he’s damned? Dude is traveling to hell to make deals with gods. The Judging Eye never saw him.

The Celmomian prophecy definitely came true - TWO Anasurimbors showed up at the end of the world.

3, if you count Sammi

Also, in Kellhus’ final moments, he said he wasn’t so much interested in saving the world and conquering The Outside, thus necessitating the destruction of the Consult. While the Mutilated were usurping the Consult, Kellhus was usurping Hell itself.

And he’d have gotten away with it too, if it wasn’t for that (those?) meddling kids!

Pim told of a trip across Gedea that took the Aspect-Emperor and his travel court across the legendary Plains of Mengedda. In the deep of the night, near the end of his watch, Pim found Anasûrimbor Kellhus alone and raving on the haunted plain, alternately removing his head and replacing it with one of the Decapitants.

Mengedda is a topoi - presumably Golgotterath is as well.

Yes, I mentioned that decapitants section of the glossary earlier. Some hot shit there.