As the title says.

WHAT DID YOU SEE!?

Inchoroi were a hive mind Hivemind serving an AI ship developed by the Progenitors. Had to rediscover self-identity after the Ark crashed.

Khellus entered the Outside and made a deal with Ajokli. To what end? I’m not sure. Have a feeling Khellus is not truly salted…There is a head on a pole behind you.

Inverse Fire is an inter-dimensional portal(window?) split asunder by the Progenitors.

The inverse fire is the craziest thing. How can you use the tekne to see into hell? Imagine if I could wire up a telephone and talk to god. The outside must be something like, another dimension or a parallel universe. Why do the gods/demons in those parallel universes care about this one? It’s just a soul-farm for them?

That’s not the heron spear 2.0. It’s the sun lance. Look up “Black Iron Seat” in the glossary. I was so sure that Cnaiur had the heron spear all along. The glossary in this book and previous books confirm that it was lost when the Scylvendi sacked Cenei. I’m sure that King-of-Tribes Moenghus urs Cnaiur will find it and get the job done.

Do they even need the heron spear to beat Mog-Pharau this time? It does not have its embedded chorae.

There’s no way Kellhus is actually done for. He’s probably chilling in those ciphrangi non-Malowebi decapitants. Lots of good info on this under “decapitants” in the glossary.

Hell, it’s hard to believe that Cnaiur is even dead the way these books go.

Is Skulthula still alive? What a badass. A dragon that doesn’t get slain for once.

How about them magic cinder swords crafted by the non-man Artisan Emilidis? He also crafted the day lantern and the Amiolas. Amiolas is the helmet/mask with the non-man soul in it that Sorweel, Seswatha, and others have worn. Mostly for language translation, but also other purposes.

Dat baby. The last to be born right before the second apocalypse. Is it going to become the most legendary hero or whatever? Maybe it will be the reincarnation of Nil’giccas? Until they beat Mog-Pharau, it will always be the youngest person alive.

I really want to know more about the rest of the earth. There was that whole breaking of the world where people entered into Earwa. Meanwhile, we’ve learned more about the void where the Ark came from than we know about anything on this planet further away than Zeum. 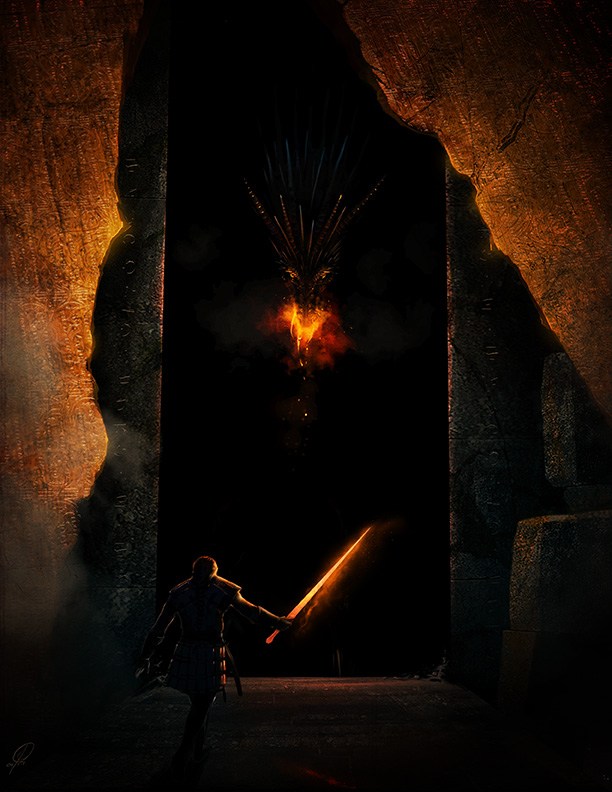 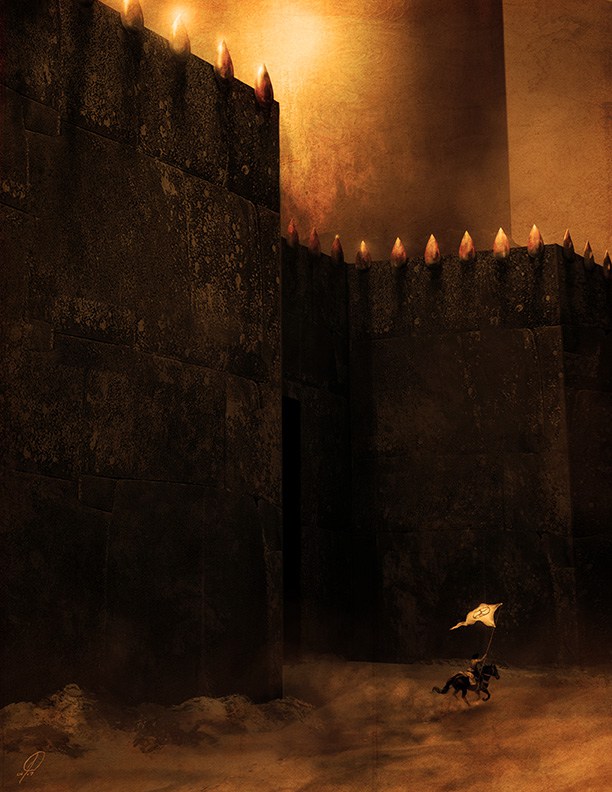 I was kind of unsatisfied with the ending and the Aspect Emperor Series as a whole because of it. Still putting my criticisms together into a more coherent form.

Maybe the sourness of the book took me out of it but I just kept thinking why Kellhus would let the Gnostic mages waste their time with explosion abstractions and not just make a really long beam to cut the millions of sranc in half. If it’s choraed then have the next beam start after where the other one left off. The efficiency would add up even if the beams kept getting broken. I expect that their is some plot contrived reason why it wouldn’t work that goes along with the rest of the unsatifying explanations/revelations.

Do they even need the heron spear to beat Mog-Pharau this time? It does not have its embedded chorae.

No but it does have a giant whirlwind surrounding it with the Chorae hoard.

Look at all the stupid things that are happening right now in the real world. 100+ years in the future they will look back and say, why didn’t those stupid humans from 2017 just do X? Think about why we don’t just do X right now to solve all of our problems. That’s why characters in fiction don’t just do X. Same reason.

The other reason is because in order to tell a story about sin, the weakness in all men’s hearts, religious zealotry, etc. you need to have a huge army of dudes mark through a horde and do awful shit involving meat. That’s why. Just having them wipe away the Sranc with one spell is not a story worth telling.

Focus on the meaning of the story, not on whether some eagles could have carried them to Mordor. These books are by no means perfect masterpieces, far from it. But this particular flaw resides in your nerd brain, not allowing itself to see past such things.

Riiiiight. That seems more solvable, though, than chorae physically attached to the thing. They are just balls of metal after all. You could like, trick the no-god into flying past an area with a big net to catch them all or something.

I’m not all the way through, but did I miss what happened to crab hand? I thought he was still up and separated in the previous book. I also kinda wish they would have “resolved” Ishteribinth. I was somewhat expecting some crazy non-men warriors to join the battle against the big G.

Just keep on reading. You are clearly posting way too soon to be saying these things.

You walk on Conditioned ground.

Bakker is doing an AmA here 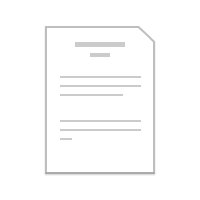 Some of his responses seem off in a weird way. I’m having trouble pinning down what to say on it, but like how he seems to get offended with a couple fairly reasonable questions. I don’t keep up with his blog enough or the other forum discussions, but it seems like there’s some pre-existing conversation going on either in his head or in the community around it.

Yes, there is a lot of talk that has happened in the community that you won’t see if you only read the books. I just ignore all that. It’s not worth it.

Crab-hand (crabicus on the Bakker FB groups) is saved for the final series, which is confirmed as being called ‘The No-God’

Things I want to know about:
Serwa shouting “NOW KAYUTAS” - now what? Nothing else about the dragon.
The Blind Slaver and the Reaper of Heroes. That seemed unrelated to anything else, or did I miss something?

The Reaper of Heroes escaping the control of the Blind Slaver as it passed through the Intrinsic Gate seemed to imply that the innards of Golgotterath where closer to Hell than they were to The World. Maybe the Inverse Flame is just an elaborate backup camera and it’s just showing what’s literally in front of the Ark under the ground.

Are you saying hell isn’t in another dimension, but is literally underground? The Ark smashed into hell?

Knowing the Ark was an AI, it is now clear that it was intended to crash. It was no accident. Maybe this planet is the hell planet, and the Ark creators sent their evil Inchoroi and No-God there.

Souls and morality seem to work like gravity in this world. It’s like they are trying to make a black hole of sin to thus hide from the gods inside it forever.

I really wanted someone to boot up the Ark and argue with it.

Were the builders of the Ark fleeing the same gods?

It seems like the builders of the ark somehow took all their sinful wrongdoings and physically put them in the ark and sent it away. As if sin were a physical material.

In the book it says the gods are very picky. They only want the finest souls. Implying that hell is like, the trash bin for the souls the gods don’t want. So I guess the alternative to hell is to hang out with one or more of the gods? There’s never any mention of a satan-like figure who runs hell and takes people there or anything.

Where the builders of the Ark become the gods themselves?

I got the impression that “salvation” was a fake idea. That, good or bad, you still got turned to spiritual Slim Jims, the only difference was who snapped into you.