Which cell phone carrier do you use?

I used to be on Verizon about a year ago or so switched to AT&T since they had a bit better coverage. I’m considering switching to something else that has a lower rate and possibly ideally unlimited data. Yes, it’s unlimited with a catch. But I’m paying for the 5 GB with AT&T and most of the time I use less while occasionally going over. Dealing with rollover and all that is just kinda annoying, I think I’d rather just go with something that is “unlimited” and pay a flat fee even if I’m just tricking myself.

I’ve been looking at Sprint a bit, but now I’m slightly considering T-Mobile. Anecdotally my partner had T-Mobile when we first moved here and she literally had to go out on our balcony to get reception. They claim to have really good coverage in Seattle, which I’ve seen backed up by some cursory Google searches, but I’m still hesitant.

So I was curious what other people were using and why.

TMOBILE
I pay <$30/device/month on a family plan and get unlimited everything, 10GB Data before throttle, + 10GB Data Rollover (also high speed). Music streaming doesn’t count towards my cap (which is most of my bandwidth usage anyway). I think that plan costs $40/device/month now, but I got it during a promo.

Connectivity only has issues in the mountains in areas where service is spotty, but marginally better, for AT&T anyway.
With their Tuesday TMO Thank you app, I have gotten free pizza, free donuts, Amazon credits, etc.
I get free 4G in Canada & Mexico; 2G globally, although 3G in Japan (because they don’t have 2G).

I’ve been pretty happy with my AT&T service, I wouldn’t switch.

I use Verizon because where I am they have the best coverage and I could get a Pixel through them on a payment plan. I know they’re more expensive but my company pays better than half of my phone bill and they’re the most reliable for my boss to contact me.

When I was in the sticks bicycling, Rym had no service with his T-Mobile. I had 4-5 bars of LTE.

I used to pay a lot, but now they have data rollover and my plan was upgraded from 4GB to 5GB. I used to go over the limit in some months with two conventions. Now I never go over.

Thanks to consequences of some FCC spectrum auctions, they don’t charge any extra for tethering or such nonsense.

Separately, I have the iPhone upgrade plan direct from Apple. Verizon is not involved in any way. 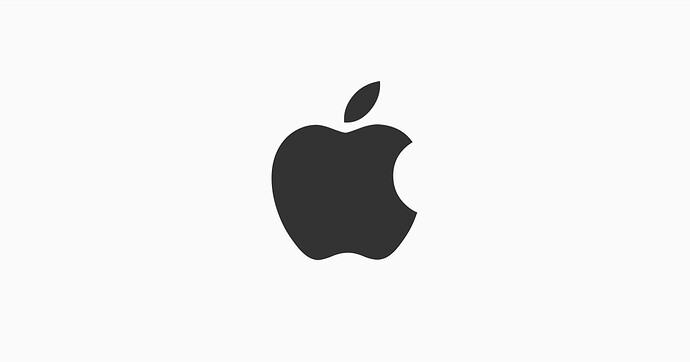 Get a new iPhone every year, and the protection of AppleCare+ with the iPhone Upgrade Program. Buy now or visit an Apple Store today.

The iPhone 7 has all the radios I need. If I travel I can get a SIM card. Though it may cost money, it will cost less than paying Verizon for the service. It will also be full speed service. I just have to research in advance how shit works in the countries I am visiting.

I use Tmobile. Not because it’s cheaper (with our family plan it is way cheaper), but because of the unlimited free international data roaming.

I may not be traveling as often in the near future, which means I may switch to another carrier, since that international roaming is literally the only reason I use Tmobile.

Outside of North America that T-mobile free roaming is 2G. Other than texting and calling and very very light data usage, it’s effectively worthless. I’d rather pay the arm and leg to get some LTE.

3G in Japan. 4G in Canada. My main use cases, especially since getting a SIM in japan is tedious, expensive, and usually just as slow.

I saw some guides online about how to get one. It is a huge hassle, but I’m more willing than most to jump through hoops for proper internet.

Yeah, we had this discussion. IIRC your conclusion was to trust internet stranger over my advice, but w/e. It’ll probably improve by 2020.

Hmm, someone else recommended that Verizon 4 GB $50 plan. The original reason I got off Verizon in the first place was primarily due to worse coverage in specific places compared to AT&T (it wasn’t egregiously bad) but also I was on a family plan where my brother was taking up almost the entire data limit to himself doing god knows what. We’d constantly get super close to going over if any of us used any data so I decided to just go off on my own. Apparently even with me gone my brother is still managing to almost max out the plan by himself, and they’re looking at finally kicking him off.

But anyway, I was never unhappy with Verizon, it just seemed like AT&T was slightly better for the PNW. But their prices are definitely not competitive which is why I’m considering moving to something else.

I usually average around 4 GB of data, but I think the AT&T plans jump from 3 to 5 and are still more expensive than Verizon.

Currently using Docomo in Japan at the moment. The reason why is that it was the only shop in my town and I did not want to have to drive an hour and a half to see another. As I taught the daughter of the owner I got a good deal. Pretty happy over all, 4G most of the time unless I’m up in the mountains. The only thing that confused me was that I kept on getting alerts at random times, only to realise that it was emergency alerts.

Also on Verizon. Tried AT&T and then some cheaper carriers and at the end of the day I’ve had 0 problems with Verizon’s service. Their pricing is also way better now than when I started… it’s been worth the price premium for me.

I live in the middle of the country for reference, so those big maps with how much coverage you get in flyover country are relevant to me.

Sprint has been running a Free 12 months Unlimited Data Promo btw. Can’t be a current Sprint customer. All you’d have to pay is taxes.

I’m using Mintsim right now with 2gigs per month for about 13 dollars. Its an MNVO that runs on T-Mobile’s network.

My personal suggestion is that you should save yourself a headache and buy a carrier agnostic phone so you never have to worry about comparability. I personally have a Moto G5 Plus

Outside of North America that T-mobile free roaming is 2G

It’s 2G by default in some places, but in many places (especially Asia) it’s at least 3G regardless. In Canada, it’s LTE (still free).

Also, you can text a number and turn on a week of unlimited LTE for around $10. Instantly takes effect.

I have Republic Wireless, it’s basically comparable to Fi which my partner has. I don’t use much data but seem to have LTE most places I go. My last 2 offices have been in basements so Wifi calling has been a must.

It looks like this plan isn’t offered anymore, so I’m not sure what I’d replace it with. T-Mobile ONE would be a ripoff at $70/mo; if my discount transfers that’s $60/mo which is still more than what I’m playing.

I switched from AT&T until 2014. I had the barebones 300MB plan for a while! I’d get calls that never showed up and voicemail that’d show up 24 hours later. No such problems with T-Mobile.

I have Project Fi and get great connection pretty much everywhere I go(around the Boston area and my work up on the North Shore.) I trimmed my data down to 1BG so I’m only paying $30 a month, and I’m never wanting for podcasts to listen to inbetween when I have a wifi connection. If I was still taking the train up to work things might be different, though.