There have been quite a few games that have tried to recapture the Famicom/Advance Wars magic formula. None of them have really succeeded. Wargroove just came out, and after an hour or so I can say it has a lot of potential. Here is what is different from Advance Wars.

By far the biggest thing is the introduction of critical attacks. Most units have them. They aren’t like critical hits in other games at all.

For example, if a pikeman attacks while it is adjacent to another friendly pikeman, it does way more damage. Rangers (artillery) can attack on the turn they move, but they do critical damage if they fire standing still. Swordsman crit if they are adjacent to the commander. Knights crit if they have moved 6+ spaces this turn (charrrrge!). etc. etc.

Best of all, this has 4 player local, and ? player online multiplayer. I thought it was Switch only, but it’s on Steam, so I got it on Steam.

I streamed what I played so far:

hmmm Debating if this would be smart to get on Switch over Steam hmmm.

Crossplay, same price, so it doesn’t matter too much. The reason I choose Steam is because, as you can see, the Wii shop has closed. If you buy the Switch version, you may have to eventually buy the Steam version some years down the line if you want to play again.

Into the Breach is a series of small turn based strategy puzzles in a confined space and is roguelike. Advance Wars/Wargroove has those same turn based puzzle elements on the micro level, but overall is more like a traditional RTS. Starcraft, but you have to take turns. Also you don’t get resources by farming, you get them by capturing cities on the map.

I’m digging Wargroove so far, the presentation is top tier and the story is enough to keep me playing the campaign. The only complaint I have so far is that there’s not a change to the transport unit sprites to remind me that I’ve got a unit in it. Also the game won’t start out highlighting a unit that can be attacked. It’s an odd complaint, but Advance Wars had so much polish thrown into it it’s easy to point out where imitators lack that polish. I’m enjoying it a lot more than Tiny Metal at least.

I know people are playing Wargrove to scratch that Advance Wars itch. Has anyone ever heard of Desert Commander? 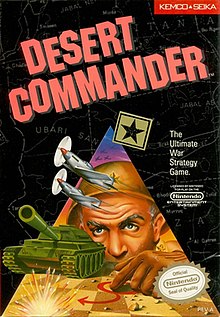 Desert Commander[a] is a 1988 turn-based strategy video game developed and published by Kemco in Japan and North America for the Nintendo Entertainment System. It is themed after the North African theatre of World War II in the 1940s, where players take command of the Allied Forces led by George S. Patton and Bernard Montgomery to fight against the Axis Powers led by Erwin Rommel. Its gameplay consists of moving units into positions to confront enemies in turn-based encounters determined by multi...

I know people are playing Wargrove to scratch that Advance Wars itch. Has anyone ever heard of Desert Commander?

I’ve referenced this in shows several times over the years. I played it on an actual NES. I was crazy good at it.

I still own the NES game it’s one of my gateways to turn based start.

The last game I got on Scott’s recommendation was The Messenger, which is a Very Good Game.

I was having a hard time originally figuring out if this was more AW or FE from the screenshots on Switch.

It’s nothing like Fire Emblem, not a single anime tiddy in sight. (I’m sad at the direction fe has taken)

I can’t wait to get Wargroove tomorrow, from what I read it has a pretty comprehensive difficulty menu so you can fine tune it to what you want.

I don’t remember where I read it but I remember reading somewhere that some people will adjust difficulty settings higher sometimes if they find the game too easy, but most people’s threshold to lower the difficulty is simply higher than their threshold to stop playing all together.

It depends on A) If I can switch the difficulty at any time and B) can I switch it back?

If the answer to either of those are no, then really what you’re asking me is “Play the game again from second 1 or quit”.

I can say that for me, adjusting the difficulty down (even like in OG dragon age where you can do it even mid battle and change it back any time) feels like admitting defeat

If I don’t care about being good at the game, then whatever I’ll do it any time. But that’s not usually how I roll. I’m more likely to stop playing something than to adjust the difficulty down.

In Advance Wars let’s say you have an Infantry that moves 3. It wants to get into an APC. That APC must be three (or fewer) spaces away. The infantry ends its movement on top of the APC in order to perform the load action and get inside.

In Wargroove the Wagon(APC) can be 4 spaces away. The swordsman(infantry) can end its movement orthogonally adjacent to the wagon and the load action lets it move one more space for free as it loads itself into the wagon. 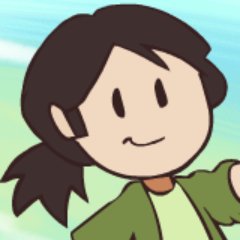 Transports in Wargroove are insane on the whole, with a cheap Wagon you can move a Spearman 17 tiles.

Motorized infantry can be vicious.