Same a guy who I work with brought it in, ergonomically it was tops and the hardcase they give you was awesome.

In terms of ergonomics, both switch and steam deck need to have swivelled controls.

Understandably this add to cost and adds more things to break, but to be able to set the angle of the screen independent of the controls would be so much nicer.

Also, something for the fingertips to grip and the back, so that it doesn’t feel like your cramping your hands to hold it.

Alternatively could just use an external control pad, but then you’re not holding the device in that case which defeats the purpose.

In terms of ergonomics, both switch and steam deck need to have swivelled controls.

I do agree that swiveling would be great. It sure would make it a lot more comfortable to play Switch in bed.

However, I think it’s a big ask for a first party to implement something like that. A moving part like that is going to suffer a lot of breakage no matter how well engineers. Also might add a lot to the cost if it is well-made. It probably has to remain in the realm of the third party.

For the Switch I imagine a 3rd party thing that could go between the joycons and the switch, that could enable it to swivel.

You can already buy 3rd party joycons for different grip styles. Maybe Hori could make one. Won’t hold my breath.

For the Steamdeck, without detachable controls it won’t be possible. 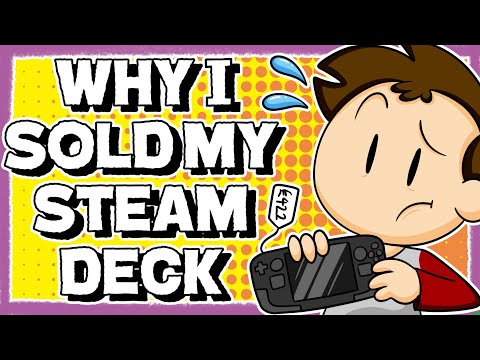