Not a scam so much as a YIKES 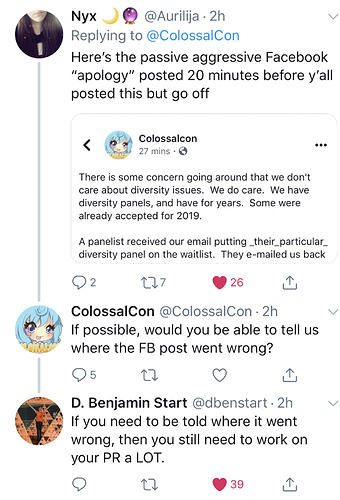 Woooow. The jab about Dashcon is basically a giant flashing danger sign because of how much of the younger internet alt right rails against Tumblr as an “SJW” hub.

That post was entirely normal and professional until the last two sentences.

Another con I don’t attend telling me clearly to never attend.

Yeah it’s like the Twitter handler copy pasted the party line then threw their own sucker punch at the end.

From the twitter thread of the main rejected panelist: 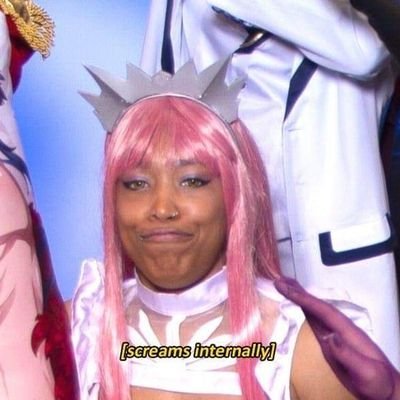 @trickssi In case others wanted see the LRT of the we have a poc line. https://t.co/e1K4RvJN8A 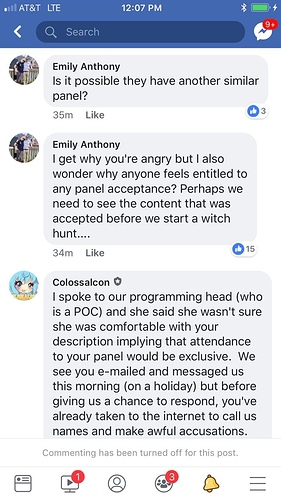 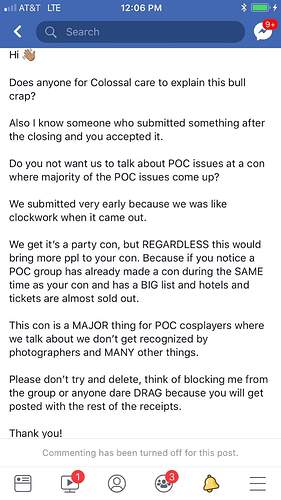 So Easter was interesting on the Colossalcon page. 🧐

Shitty midwest cons. City 1/4 to 1/8th the size of mine, and our conventions are piddly exercises for local people to pretend to be authorities on their hobbies. If they’re anything like people here, they probably just want events that let them prop themselves and their friends up.

It’s definitely a lesson that you don’t want your B team running the social media/PR side of the con and make sure you limit who can respond on your facebook or twitter officially.

They took what should have just been a small dust up of a disappointed panel applicate and escalated the situation by being sarcastic and mean.

I’m on a group “we run Anime club” where one of the heads posts" he said they removed access to the person who was responding and another admin. So for their sake hopefully they get control. Cause OMG a lesson in how not to deal with a situation.

“We’re just a big party!” is such a dumb bullshit excuse used by dorks who don’t like being reminded of their privilege.

From what I understand, Colossalcon is a giant pool party that an Anime convention happens around.

Shame it’s being run by jerks.

If true, that sounds like a recipe for all sorts of trouble, the least of which is drowning.

“An anime con without at least 3 drownings is considered a dull affair” - Game of Thrones, I think.

Is that the one where every year we get the cosplays that are swimsuit versions of normal characters? Like that Overwatch set a few years ago?

Based on a single google search, yes. It’s actually pretty neat. I’m diggin’ the Ariel and… male love interest character from little mermaid. And the Raven, and the Omanyte and Kabuto. This is a pretty neat idea. Shame the organization appears to be amateur hour.

That would be the one. However, a lot of the people that were disappointed with Colassalcon’s behavior are heading to Yeticon instead. 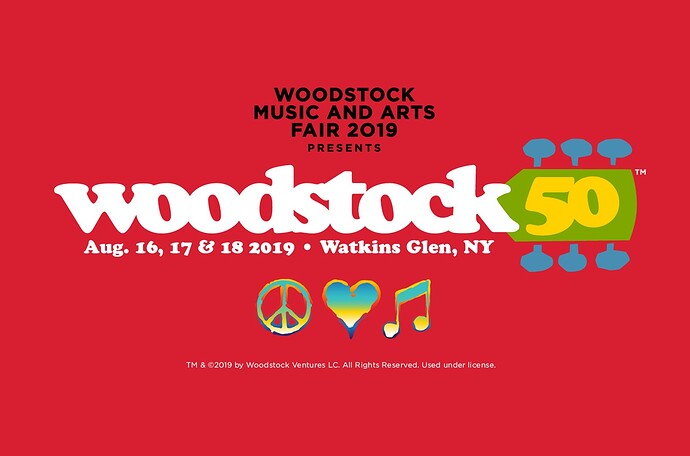 Woodstock 50 has been cancelled. Earlier today officials with Dentsu Aegis Network, which is funding the festival, released the following statement.

At least they canceled instead of Fyre Festing.

Wasn’t there another woodstock revival that was ALSO a disaster?

is Woodstock the original scam convention?

Wasn’t there another woodstock revival that was ALSO a disaster?

Woodstock celebrated its 40th anniversary a decade ago and it had no problems.