The Tusk is really really big.

Just realized this last book is over 100 pages longer than The Great Ordeal. As if it didn’t take long enough to read that one… >_>

As long as there aren’t any more interminable sections descending into the depths of Istherebinth it should be fine.

I had so much trouble with those sections, I skipped over them. Then later I tried going back and working out what was going on, but my brain just rebelled and didn’t want to take it in.

The least-mad of all the remaining non-men saw that the non-man who was currently in charge was really mad. That was fine, because they’ve all lost their marbles. What wasn’t fine is that they were all getting it on with the evil Consult. He was at least sane enough to realize this was no bueno.

So he goes on a journey with what’s his face. The human kid from the North lands. Whatever his name is. They go down the non-man elevator to the bottom of non-man land. The deepest darkest dungeon where the super super super insane and old immortal non-mans are. Along the way they encounter all the horrors of horror.

It’s hard to tell exactly what is going on there because it’s so horrible. Some Lovecraft action going on. They don’t bother to describe it in any detail you can actually understand. Something about the giant chain powering the elevator clanging over and over. Instead, you just feel that horror in your bones when you try to read the jumble of words for yourself.

Anyway, the elevator gets to the bottom. The least-insane non-man finds his father. His father who is very powerful, very enormous (like a giant), and very very insane.

I forget what happens next because I only read it once. I think the big non-man accidentally kills his son? Maybe? Either way, I think he realizes that the little non-mans are up to no good, so with the speck of sanity he has left he’s gonna go back and straighten things out.

Oh snap! He’s coming to fuck their shit up so bad!

Then some horses and mans get broke.

I want you to summarize every book in the series like this. You are crackin’ me up! X-D

EDIT: Also, for some reason those sections make more sense if you listen to them on the audiobook rather than reading them. It made a huge difference in getting a full mental picture for me, at least.

I forget what happens next because I only read it once. I think the big non-man accidentally kills his son? Maybe? Either way, I think he realizes that the little non-mans are up to no good, so with the speck of sanity he has left he’s gonna go back and straighten things out.

The son finds his father, and believes that he could speak some sanity into him by reminding him that he was his father and that they need to free the council from Consult influence.

Yeah, don’t remind your dad that you exist is pretty much the lesson.

That was my favorite part in the book. Honestly I think the nonmen are way way way up there in my list of interesting races after all that. It does something with immortal races and memories and such that I’ve cribbed over and over again since and people seem to love it.

In the first three books the thing I stole the most from was the Dunyain. These books so-far it’s the nonmen. I also definitely took some things from the consult/sranc/other random stuff but less so because honestly I don’t really care about horrible bad-wrong rape-monsters.

Very excited to finish this. Kinda happy/sad that there are potentially more books on the way.

Also I want to say I fucking hated Sorwheel or whatever until that point in the book. It was all worth it now. I don’t really care about Yatwer, Sakarpus, etc, but when they put that helmet on him and then when they took it off he gained all kinds of cool for me.

This just popped up. 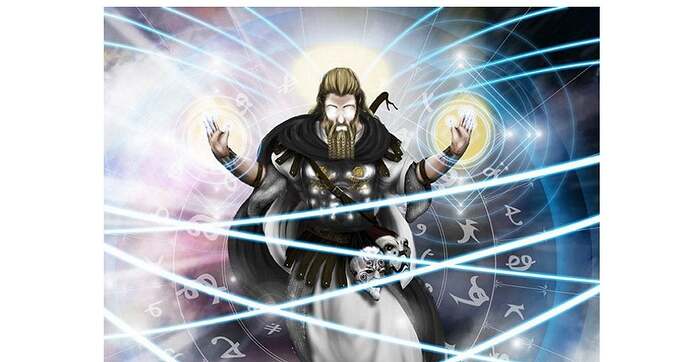 r/bakker - A History of Earwa: The PDF Edition

Missed opportunity to call it /r/scottbakker.

One thing I apparently missed was the first use of the Amiolas by Seswatha. Somehow missed that.

What, their printing presses can’t copy EPUBs fast enough? This is one book I am willing to pay for!

Tuesday the 25th is the current release date listed on Amazon. That’s in < 5 days.

WHAT DO YOU SEE?

I don’t see nothing yet. I’ll believe in the no-god when my Kindle app starts downloading it.

Hmmm, still haven’t started Dune yet, so the question is do I just keep going with the plan of starting Dune after current book is done and then do this after, or do the reverse? I’m more inclined to do this first since the last book is still pretty fresh in my mind.

I’m using Amazon UK and my TUC order is expected for delivery today. That’s the paperback.