You also haven’t seen any photos from me recently because I’ve primarily been shooting on analog film, and I’m no longer paying someone else to scan them. I have a scanner, but it’s very time consuming to scan negatives, so I only do it when necessary.

But while shooting film, I learned something very valuable. You see, I really like taking photos. I really don’t like editing photos in Photoshop/Lightroom. It’s really really unpleasant. And even though I have learned a lot about it, and improved my skills, I still hate doing it.

And this is why I have been shooting a lot of film lately. No Photoshop necessary! I mean, technically speaking, the “Photoshop” happens in the dark room, but I’m paying someone else to do that part.

Then I learned something else valuable. There’s a reason cameras shoot JPG and not just RAW. I mean, it’s just been common sense to always shoot RAW when using a digital camera, so that’s what I’ve always done. And for many kinds of photos, that is exactly what you want to do. That landscape or that macro photo are going to need some work in Lightroom to make them look good, so you better capture in RAW.

But JPG isn’t just for newbie photographers who don’t have Photoshop. Even the pro-est of the pro cameras still have the option to shoot JPG. Why? Because sometimes you don’t got time for that shit! Apparently sports photographers in particular shoot JPG quite frequently. It lets them get the images delivered faster, which is very important in that business. Edit faster, upload faster, and you’ll beat the competition to the back page. On most cameras you can also take way more photos before the memory card buffer fills, and also get higher fps, when shooting JPG only. This is key for sports where you have the camera set to rapid fire.

I’ve even read about some wedding photographers, who you would assume shoot RAW, shooting JPG. It allows them to get the job done so much faster. They were displaying slide shows of the wedding photos on a projector for the guests to look at on their way out of the wedding venue. Good luck accomplishing that if you have to edit a bunch of RAW images while people are dancing.

The other thing is that if you aren’t that good at Photoshop, cameras are really smart. Pro cameras are really really smart. They make excellent JPGs. You have to be pretty good to do a better job, and I am not. The thing is, you have to get a lot more settings on the camera correct in advance, such as white balance, photo style, etc. No changing your mind later like you can with RAW! There’s an automatic dark room in the camera, and you had better configure it correctly.

So being free of the mindset that I have to always shoot RAW and edit everything extensively in Lightroom, I went out to resume my sports project. Knowing that all I had to do after shooting was sort out the good images from the bad, maybe do a little cropping, etc. the motivation to continue fully returned.

It was so great. I already uploaded these basketball photos, and I took them this morning! 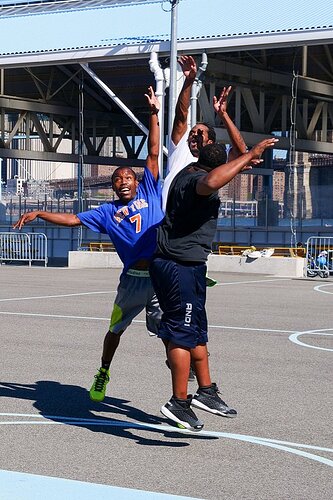 I also took some beach volleyball photos, and I’ll be posting them soon. I even saw some roller hockey, but it was the third period. But I found out when they play, and I’m going to go back and photograph one of their games as well.

Obviously I can’t deny the benefits of shooting in RAW. That’s just common sense. But I think for now I’m going to be giving some more respect to the JPGs that my camera can produce. At the bare minimum I’ll be shooting RAW+JPG simultaneously, and won’t just be throwing all those JPGs away if they are any good.

Since I have the new computer with massive redundant local storage, and my life is calming down as the job changes, I’m going to figure out a pipeline (including if I’ll keep using Flickr or go somewhere else) and start doing regular photography again. 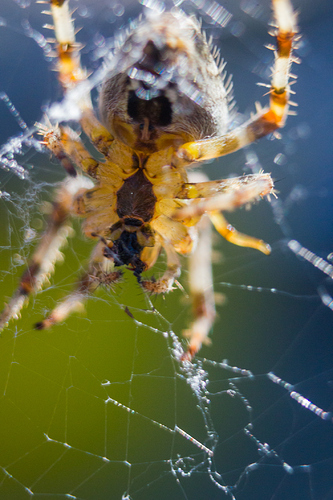 I still don’t know the advantage of using Lightroom instead of Photoshop’s camera RAW, I’ve used both. Photoshop seems easier to navigate, probably because I use Photoshop more. In any case, I know that without RAW editing, shots like this would look like butt. Especially when it comes to noise reduction. I’m still not great at correcting noise, it’s easily over/ under -done.

The only time I’ve straight up used the Jpeg from the camera, I’ve taken waayyyyy too many pictures like a nut, making it a pain in the ass to go through and edit every photo.

Having shitty lighting kind of forces you to take extra ‘insurance’ shots, but with an entry level dSLR, it ends up hurting rather than helping. As the camera physically can’t keep up with the demands.

Eventually I will upgrade to the Canon 7D at least.

In most cases though, RAW photography is light work. My baby 550d can get really nice shots without much effort. The RAW editing just puts polish on the colours, where the defaults might not be necessarily what you want.

Especially if you’re doing B&W, there’s so many ways to effect contrast that isn’t just desaturating the image.

If I’m just taking pictures of stuff we do, JPEG, no post processing, and the good ones go straight to social media/flickr.

I’ll only shoot raw if I’m in Australia on a trip or it’s a wedding.

Lightroom literally IS Adobe camera raw with a nicer user interface. What Lightroom does that Photoshop doesn’t is mostly the library for organizing and backing up photos. Also editing photos in bulk. Photoshop does just one photo at a time.

Actually you can edit RAW photos in bulk too, with Photoshop. Maybe the interface doesn’t make it intuitive, but, bulk for me is 3- 5 pictures, so it works just fine.

The organised library is the only aspect of Lightroom that I use.

I took 2,380 photos on our first Australia trip. I needed to mass-edit, mass-process, and (heavily) cull them before I shared.

How many speeding Kangaroos were there??

I tend to not take a lot of photos, which is sort of a win/lose thing for me. I feel that stopping to take pictures takes me out of the moment when I am traveling or enjoying an event. However, later I often wish I had taken more pictures so I could share them and show people more of what I saw instead of just describing things.

I think the way for you to improve next as a photographer is to turn of continuous drive shutter or whatever it’s called on your camera. Over 2,500 photos is too many.

Put your camera in single shot mode. Follow some action, anticipate the moment, and take the shot. You’ve already got the hang of the composition and know lighting and framing and all that… but the moment of the photo is what you’re missing, and looking back through 9 shots per second to find it later isn’t going to help you.

To use myself as an example, I took about 400 photos of a show last weekend. I judged 82 of them worth sharing, though if I wasn’t covering the show as an assignment I’d have shared fewer. Either way, I that’s a ratio of about 1 good photo to 4 okay/not-good photos.

I know. That’s another reason I was shooting film. But also, shooting all that film put me in a mood where I’m like hey. I got all this technology. What is the point if I don’t use it?

Also, even in rapid fire mode, ita still a matter of anticipation. You can’t just hold it down and never let go. It’s just that one press of the shutter spits out like 5-15 photos. It’s to compensate for my crappy reaction time more than anything.

Also, every shared photo has like 10 also shareable siblings that are almost the same. They’re just a fraction of a second earlier or later.

Also I could have shared way more than 24. I decided in advance that no matter how many I took, I was only going to share roughly that many. Even if I had 100 incredible photos, who wants to look at that many? Instagram doesn’t even let you share more than 10 in one post, and with good reason.

It’s to compensate for my crappy reaction time more than anything.

This is my point. You’ve got all the other skills, including editing photos from thousands down to 24. Now it’s time to practice anticipation and reaction. Do you have any idea how satisfying it is to not need burst mode? To raise the camera, wait a few seconds, click once and know you have one of the 24 best photos of he day without even looking? Pre-edit your 10-other-almost-identical photos out before you even take them.

That’s nice, but if I do that, the only photo I have will be one of those other 10, or worse. The related concern is autofocus. It’s fast, but still slower on the GH5 than other cameras. I’m not going out to get a Nikon just for this one project. Shooting in burst mode a bit before the right moment seems to really be helping a lot. Way fewer out of focus shots this way.

Okay. You do know that by trying an exercise like turning off burst mode you’ll become a better photographer, right? For the first few times you try it, of course you won’t be at the same level as the best moment from a burst of ten, but you’ll soon be wondering why you ever used burst mode in the first place. It’s okay if you think you’re already the best photographer you’re going to be, but I don’t believe that’s at all. 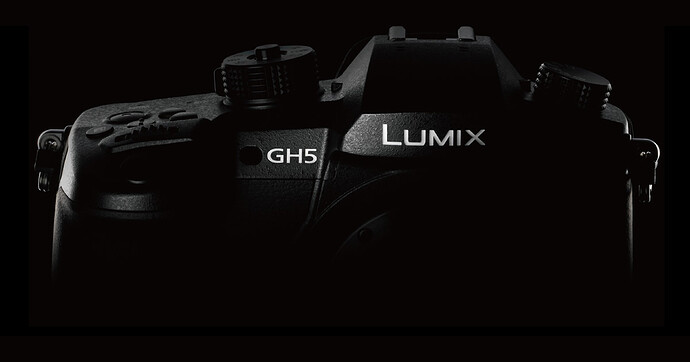 The Panasonic GH4 was a huge hit when it first arrived. The first mirrorless ILC to offer 4K/30p recording, it was a powerful tool for videographers. But

It will record a video for as long as you hold the shutter button. Then after it’s done, you can go through the video one frame at a time to extract the best one.

But then you’re just becoming a time delayed photographer. Go look up some photography exercises with “moment” in the title. It’s really worth developing the skill.

Is an illustrator that uses Photoshop with all the fancy layers, brushes, ctrl+z, wacom tablet, etc. somehow lesser to someone using actual pencils and erasers and ink? There are merits to all different methods and tools for creating art. But I believe that it’s only the result that really matters. Nobody looking at your photos will care what tricky methods were used to capture them. I mean, look at wildlife photographers! They cheat so much they make card sharks blush.

Counterpoint: developing those skills reduces the time it takes to get the result.

I obsess over improving my video pipeline because it means I get a panel video out at high quality in a few days instead of a few weeks.