So I listened to the entire speech that Ted Stevens gave on net neutrality, and let's remember not to show mercy on him, just because he has a speech impediment.

Quite honestly, I think the U.S. is fucked in that regard. There is really no ability for the people to stop the FCC to make that vote and remove the Net Neutrality regulations. The only real solution is legislation, enshrining Net Neutrality into law but that won’t really happen at least until 2021 provided that 2020 elections go the right way.

Alternatively, literally any ISP could op to not throttle their connections and instantly get a monopoly because everyone would flock to them.

Except almost nobody has a choice of ISP due to local monopolies. Even in NYC most people have no choice. You either go with the ISP in your area, or you go without.

This reads like an outline for a suit on behalf of the State against the Fed. There are sovereignty issues, but State suits against the Fed have been on the rise. 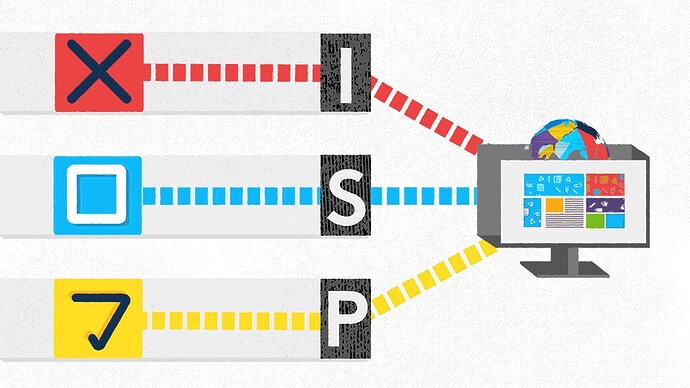 An Open Letter to the FCC:

Today’s the day. Is the outcome of the vote a foregone conclusion?

Is the outcome of the vote a foregone conclusion?

I think so. The GOP realized it doesn’t even have to pretend to care about mass opinion.

I am getting my pitchfork ready to show them otherwise. I hope others are, too.

If you put your Pitchfork in Ajit Pai’s ass, I will bail you out.

I wonder if we really should care so much about NN as an issue. Between TLS 1.3 and the new QUIC protocols that Google and the IETF are pushing I feel like NN is kind of a moot point, once all traffic is encrypted and you just get some tiny headers how can you discriminate against individual packets? Signal Analysis?

Ok, so your ISP blocks all traffic that isn’t encrypted. Ok, now they block all HTTP traffic that doesn’t go through their evil proxy of evil and is a MitM. Your choice is to have that Internet or have no Internet because there aren’t any competitors available.

It all depends on how evil they want to be, and how creative they are at being evil.

So, the calls I made before the vote couldn’t really affect how the FCC voted, but would continued calls to reps be able to do anything now?

Congress can only do something by writing and passing a law. This is something even some Republican congresspeople want to do. A majority however…

I just cannot stand defeatist gloom and doom. It’s so difficult for me to deal with.

I’m not defeatist, I’m long term. Just gotta wait for old people to die. It’s happening faster than expected! We were able to get rid of a few old white dudes ahead of schedule thanks to their sexual misconduct.

I mean like, the people around me who are acting like nothing can be done now and that tomorrow the internet is just going to have a lever switched from ON to OFF.

Technically speaking your ISP could, as of this moment, start doing some evil shit. It would all be perfectly legal, and you would have no recourse other than to switch to a good ISP, assuming one is available.

Oh, there’s another option. Move to a different country with better Internet. The Netherlands is pretty great in this regard. Hella fast speeds, too.

Internet in the Netherlands

According to research done by the Organisation for Economic Co-operation and Development (OECD), the Netherlands is ranked with Switzerland in having the most broadband subscriptions per 100 inhabitants, has no bandwidth caps, and has the most homes passed in Europe in terms of connection speeds of 50 Mbit/s and higher. Cable is the most popular form of Internet access with 41% of total subscriptions, followed by various forms of DSL and Fiber to the Home according to statistics from the end of ...

You make “move to a different country” sound as if it’s something easy to do.

Contacting your representatives and bolstering Democratic campaigns for 2018 & 2020 are still a viable tactics. Also, scorch any representative who doesn’t take action.