I got my new 4k monitors. It’s changed my life. So many pixels.

I’m still debating if I want to go the two monitor route or one ultra wide route. I definitely like having two monitors when working, but that doesn’t apply much at home where I’m gaming, watching videos, and doing smaller projects. Really I just want to be able to have a small video going in the corner while I do something that takes up most of the screen, so an ultra wide would do that just as well.

If you only upgrade one monitor to 4k, be prepared for the others to look like trash until you upgrade them too.

See to me that would not be that big of a deal, because the older less good monitor would be for Discord, videos, browsing, etc… while I did my main task on the first screen. It doesn’t have to look amazing just good enough for a clear video and reading text.

Yeah even having a 4k primary, my 1080 Ultrasharp is fine for general browsing and YouTube. If a video comes on that’s 4K I just move the window over.

Now, I’m curious how others go about it, but I don’t do any GUI scaling for 4k. I keep it

I’m still debating if I want to go the two monitor route or one ultra wide route.

Get two. Ultra-wides tend to be lower quality overall, and you have a lot more flexibility. They also make problems for full screening many games.

I found this site somewhat useful, because a lot of places you can buy stuff don’t consistently tell you a lot of the details.

A month or so ago I ended up having to replace my TV (which I was also using as a monitor) with a 4K version. I’m enjoying it so far, although I have to turn the UI scaling up for some games.

Slightly related but not really related, and I apologize in advance for hijacking this thread, but does anyone know a good reliable way to wirelessly connect my PC to my TV to use as a second monitor?

My TV and PC are on different floors in my house, so my past solution of just a long-ass HDMI cable isn’t really possible. I’ve been reading about wireless HDMI connectors and other methods, but have never seen these in action. I’m not interested in streaming games to my TV, I just want to be able to watch video files on my PC on my TV downstairs without having to go through the trouble of copying the files onto a USB drive and then playing them through my PS4.

Any thoughts or suggestions?

The best way is to get another computer. Windows 10 has a feature that lets you “project” to another PC. Basically works like Steam link. Since your network is wireless, this feature is also wireless. 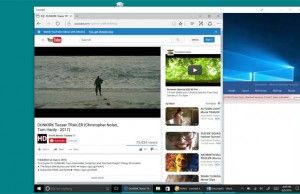 Screen Mirroring on Windows 10: How to Turn Your PC Into a Wireless Display

I’ve thought about this, but I’m trying to avoid buying another computer.

I mean, if I bought a second computer, I don’t need to stream videos from one to the other. I could just hook the second PC up to my TV and play them directly from that.

I could just hook the second PC up to my TV and play them directly from that.

What a great idea!

Hmm, I had never heard of this before. I’ll have to look into it. Thanks!

Chromecast is probably a good choice. You can also install the steamlink software on a chromecast or firetv stick potentially. What I do is since my TV is a firetv I am running the steamlink apk on it and that would technically work on wifi, though I have everything on ethernet. That said, I havn’t tested running like 4k streaming or 4k gaming on it, and some people think you need more hardware for that like a nvidia shield.

I’m not really interested in streaming 4K stuff, so that might work as well. Thanks for the suggestion!

I bought a Chromecast tonight and it worked perfectly! Videostream even lets you use external subtitle files so now I can watch Miss Sherlock without having to watch it on my PC.

Thanks again for the suggestion!

I have been thinking about taking a risk on two of these, external reviews seem to be “great, if you are willing to risk a few dead pixels.” 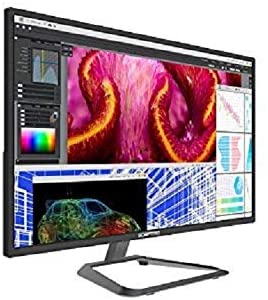 It’s from Amazon, so you can return it if you get a bad one.