Walking distance? I did the math on the walking distance hotels a few years ago. Seemed not to be a significant difference. Need I do it again?

Most of them were booked solid even before the dates were public, unless you want one king bed for no more than two people. Or, they’re not within walking distance.

I’ve only done two MAGFests, one in the Gaylord and one not. It was way better being in the same hotel as the con.

[quote=“SkeleRym, post:22, topic:819, full:true”]
Most of them were booked solid even before the dates were public, unless you want one king bed for no more than two people. Or, they’re not within walking distance.
[/quote]I just booked one such room for Chris and I.

Alright so here’s the situation as I see it.

There are exactly 5 hotels at which it is acceptable to stay at for MAG (willing to be corrected)
They are:
Gaylord
Residence Inn National Harbor
Hampton Inn
Westin
AC Hotel

Last I checked I remember there not being a significant price difference between these 5. I’m willing to be proven wrong.

Staying at the Gaylord only has the benefits of being able to safely walk drunk from con to hotel room without trouble and you don’t have to deal with the weather. Cosplay is MUCH easier when centered in the Gaylord because you don’t have to wear your thin, revealing outfit without running through freezing temperatures or the risk of any props/clothing falling off outside. (Speaking from my own and friends experience)

I also would reserve rooms just as a safety net in the event flaky friends flaked out. Considering how fast Gaylord Rooms went when discount prices went up (Between 135-180 a night?), I’m not shocked they are enforcing these rules. The Gaylord is picked pretty often for large gatherings cons or no cons.

Time to plot out new Cosplay.

A suite in the Gaylord overlooking the atrium would be pretty baller, but it’s far too hard to make that happen due to the sheer size and demand of MAG.

All our friends who bailed on PAX East for crowding/hassle… I expect them to mostly bail on MAGFest within a few years for the same reasons. The answer, of course, is PAX South, which is rapidly becoming the easiest great con to attend, flight nonwithstanding.

You missed the best one. but I’d rather keep it secret :-p

I bailed on PAX east because of it’s timing and it’s overall expense vs people going. I’d go to Magfest even if friends were not going.

Well that right there has made you. There’s only so much land on that little peninsula upon which the gaylord resides. I will find it.

Eh, this year they were a bit bigger on putting up signs saying don’t drink and they were enforcing no drinks for the concerts I wanted to see. I’m thinking MAG will be a really good but mostly sober time from here on.

I really hate that MAGFest is right after New Year’s. I actually liked it better when it was in February.

Think there are games missing (looks over at table top)

Tell them what to get.

Just a minor heads up, the day that the registration form goes live is the same day panels submissions are open. I Advise you to get your shit in early so that I can start the process of panel evaluation faster.

3PM today, may your passes be ever in your favor. 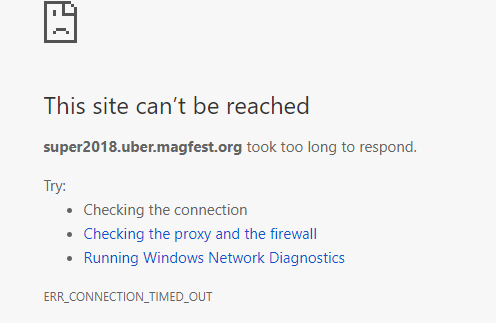