Prepare the wallets and F5 keys, we are officially on the Soon timeline…

not going to sell out :-p

Notifications are being set.

Tickets yes, hotels are another story…

Thankfully I seem to have acquired a group that I can hotel with if it becomes an issue. But I don’t know that I want to rely on them.

Ok, so plan is… get tickets, reserve hotel, and if in Australia come magfest time, cry.

Damnit, I’m going to be away for a week. Better not be that soon.

Why are they waiting so long to announce dates this go-round? It is kinda BS. I am assuming that I cannot make it based on the usual dates. However, if that assumption is wrong, I may be able to go. Don’t they know that many people have to request vacation time off way in advance, particularly if it is near New Years Day?

There is a very short but logical answer that I can not say until the thing is announced sadly it is a legit reason.

Survey for anyone who wants to see any new MAGMerch

I didn’t go to MAGFest this year to save money. I regretted it soooooooooo much.

Not making that mistake again.

In terms of Magfest merch, I’d really like a magfest baseball cap. Preferably a good quality one, not a trucker cap. I would wear that fairly often, switching between that and my NY Giants cap. 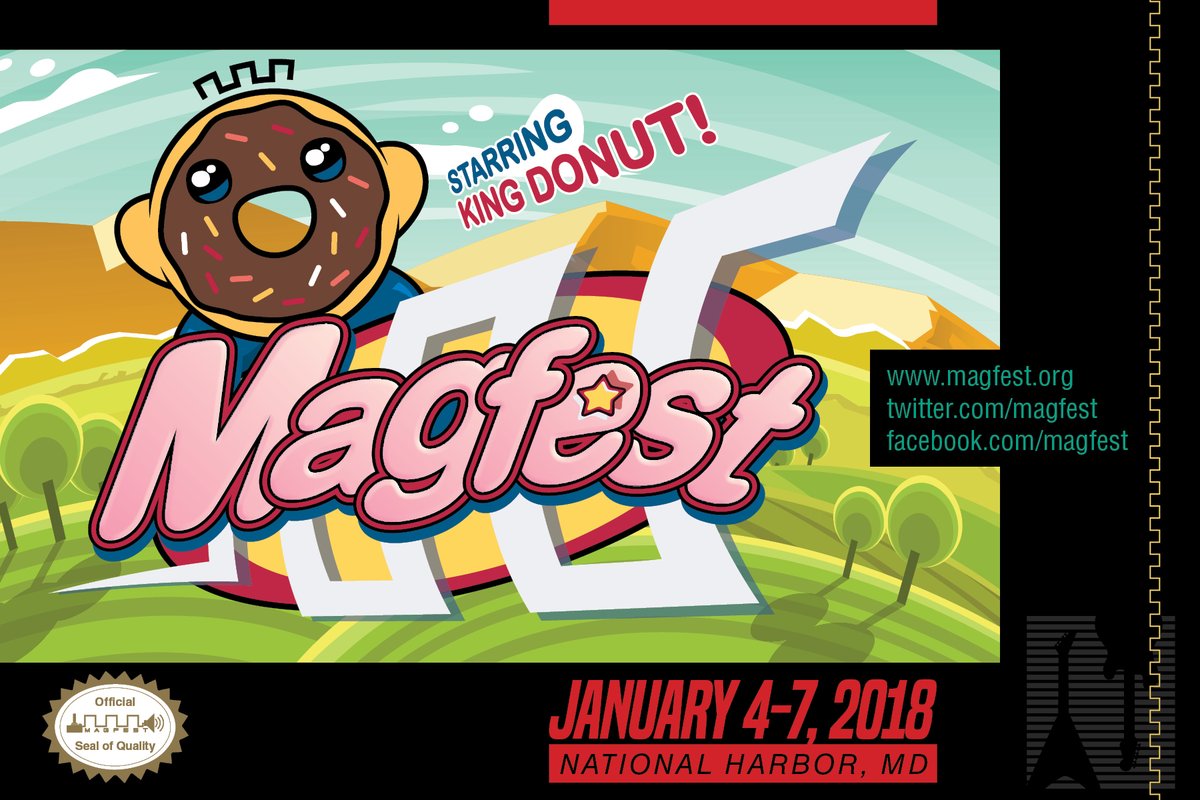 Interesting hotel policy, was there really a problem with people booking rooms “just in case”?

You be surprised how much people wanted to go nuclear with putting the full amount down. In reality it’s just a supply and demand issue and people not knowing about how that works. Personally I think it’s overkill but should calm down people who think the process is unfair.

[quote=“GeorgePatches, post:14, topic:819, full:true”]
Interesting hotel policy, was there really a problem with people booking rooms “just in case”?
[/quote]I’ve done that at a huge percentage of the cons we attend. Can’t risk not having a room.

I just got a room at the adjacent Res Inn. No money down but a credit card on file. Standard operating procedure, this isn’t a big deal.

[quote=“Naoza, post:17, topic:819, full:true”]
I just got a room at the adjacent Res Inn. No money down but a credit card on file. Standard operating procedure, this isn’t a big deal.
[/quote]Just looked at that myself, it’s pricey. What was the rate at the Gaylord last year?

I don’t know what the gaylord costs, I’ve never stayed there. This place is almost ~$380 a night. And it’s definitely costly but that’s the price of doing business. I’m not commuting to magfest so I pay ~1200 to attend the con. Now just comes seeing how many friends I can split this between.

cough there are other local hotels that are much better and MUCH cheaper.