If somehow you haven’t seen it yet, 742 indie games for five bucks. The deal is still on for 8 days as of this post.

Proceeds go to NAACP Legal Defense and Educational Fund, and Community Bail Fund. Give them more than $5! 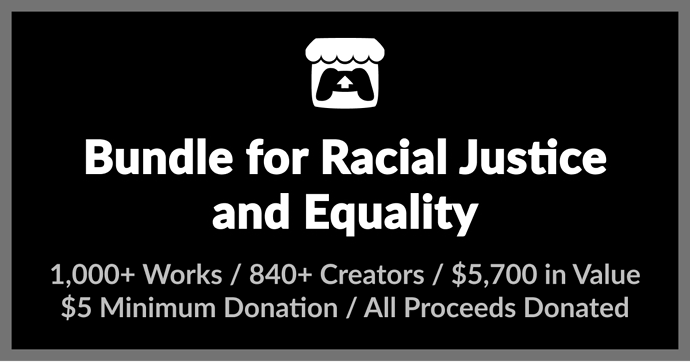 Bundle for Racial Justice and Equality by itch.io and 1391 others

And now we all have 700 games to try and get through. Talk about the ones you played here, so the rest of us know whether to play them or not.

I started at the end of the list. The Cool Zone, a 1 page RPG about escaping a city of fascists to get to The Cool Zone.

The Cool Zone is

A place where the ancient rituals of “home ownership” and “Not being a facist” are more than mere legend.

Sounds cool enough to try once.

Hey, Super Hexagon is on the list. It’s a rhythm(?) game by Terry Cavanagh, who you may remember from such hits as VVVVVV.

Techno hexagons spin in toward your cursor and you have to dodge them for a minute. There’s 3 levels. It’s hard.

Introduction This is a data dump of all the games in The <a href="http://itch.io/">Itch.io</a> Bundle for Racial Justice and Equality, available at <a...

Since it’s probably going to take itch a while to hash out how to properly handle the bundle, here’s a spreadsheet of all of the games and what page they’re on.

Not my work, pulled from the itch.io forums.

I liked Oxenfree, but not enough to play again for a different ending. Just played a bit of Night in the Woods and liked it, but I’ve heard it can be divisive.

It definitely can be. I personally don’t like it - I spent a lot of time growing up in a dying small town like that, and the way it delivers some of it’s messages and some of the messages that portrayal suggests rub me the wrong way pretty majorly, plus the creators are kinda assholes and participated in harassing a critic of their game, so given the choice I wouldn’t even give them someone else’s money - but I recognize that it’s at least a well made and enjoyable game, and I don’t hold it against others for enjoying it.

“Participated in harassing a critic of their game” was Scott Benson finding that baffling Medium article that said NitW was Trumpian propaganda and doing a twitter double take. He directly replied to it with a link going essentially “what the fuck,” and people decided to harass the writer. When they started doing that, Scott took it down and was like, “Stop doing that.”

I remember it from when it happened, he did a lot more than that. He posted about it for days, throwing out a bunch of twitter posts and memes about it, before the mob he whipped up started getting him criticized for whipping up a mob against a pretty obscure trans game reviewer, at which point he went “Stop it.” Thanks to him doing that, the author still can’t directly mention the game or Benson without people attacking her for a couple days - which I’ve also seen happen.

That’s absolutely not the read I got from the game but ok. The article felt a lot more like, “it’s good when bad things happen to southern states, they deserve it.”

Well, I’m not sure what to say there. Fair enough, hey, that’s the wonders of gaming and games criticism, we all take different things from various games.

The article felt a lot more like, “it’s good when bad things happen to southern states, they deserve it”

That’s a kind of surprising interpretation - to the point where I’m wondering if we mean the same article - considering it was about the motivations of common bigotry in southern states compared to the portrayed motivations of bigotry in the game, and made absolutely no mention of inviting or implying that we should accept bad things happening in southern states, especially considering she was living in one at the time of the article and would essentially be inviting it on herself. But fair enough. If that’s your takeaway, that’s your takeaway.

The number of games/stories/comics/et cetera is now over 1,000 and still completely unmanageable. I think I’m going to give up trying to sort through the list till they’re done adding content.

they added a search

That is helpful if I know what I’m looking for but with over 1000 items, I kind of just want to know what gems could be hidden in there. They keep changing the sorting for some reason too, which makes going through the bundle annoying.

see for me it was exactly what I needed. some old friends and I have a thing going where we each pick two games and then everyone plays every game everyone picked for 5-30 minutes, then we talk about it. problem was nobody could find anyone’s choices.

That’s a great idea that I may have to copy now and I can see that function being necessary for that.

Haven’t played it myself, but want to plug Tiny Dangerous Dungeons as I know the creator and it’s otherwise probably easy to miss. Like I said, haven’t played it, but from the creators other games I can tell, it’s very likely to be a good platforming fun. Probably nothing mindblowing, but I think that for platformers, just being good is plenty enough.

In addition to the spreadsheet that allows you to search by game type and genre, there is a curated selection here (Via Hacker News): 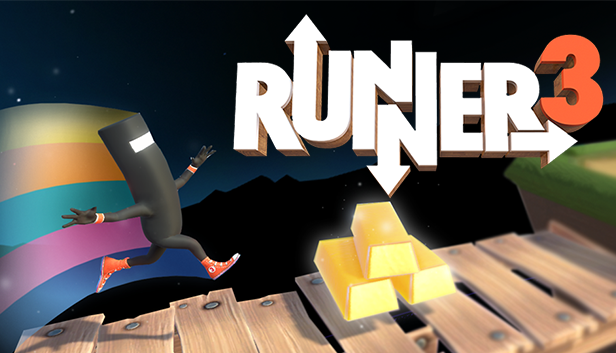 A collection by Spencer Hayes, leafo

A Snake’s Tale is a very clever puzzle game. I was able to finish it in a few sittings, it has the perfect escalation of difficulty and addition of mechanics. 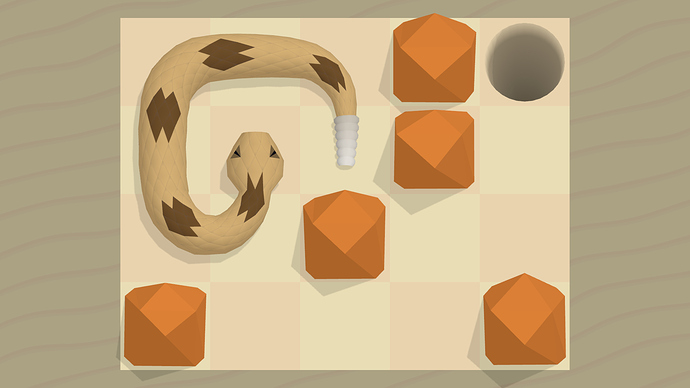 Sidewords is also a really clever puzzle game. It’s like a cross of those word jumble games + picross 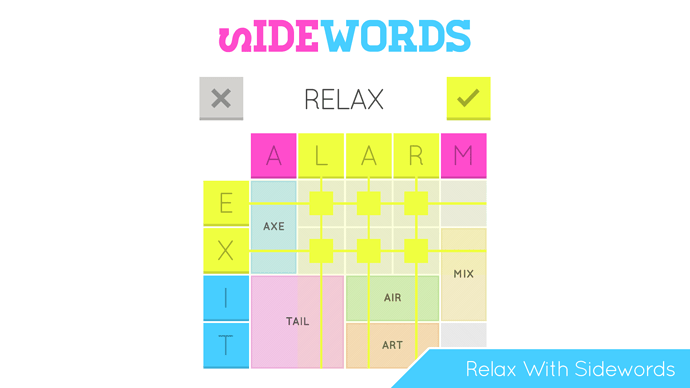