by the lack of board game discussion. We should fix this. Aren't board games awesome? What mechanics do you guys enjoy most?

jettisonjoe:
My friends and I finished Pandemic Legacy last night. We felt the final “month” was both anticlimactic and overly difficult, leaving us slightly frustrated and let-down at a game that we had eagerly played and greatly enjoyed up until then.

All in all, though, it provided upwards of 25 of hours of entertainment, and got us to hang out more consistently throughout 2016 than we had in a few years, so absolutely worth it.

It’s a new year in a new forum with a new board game thread! Since I keep stats, someone might find it interesting which games I played the most in 2016:

What mechanics do you guys enjoy most?

What was your first Euro board game exposure?

I love card games - traditional card games (trick-taking, rummy, etc) and more unusual uses for a hand of cards (Race for the Galaxy, Bohnanza). I like being surprised by games, or when things don’t go my way, but the results are interesting. I like “multiplayer solitaire,” but I also like when one player’s decision has a butterfly effect on the rest of the game. I enjoy light economic games, heavy economic games, and I like when all of the players can laugh at the events playing out in a heavy economic game.

My first exposure to euro-style games was probably Dominion. Before that I had played a lot of RPGs, and games like Arkham Horror. The only board games from that period I’m still fond of are Dominon and Betrayal at House on the Hill. When I was much younger, I played Hero Quest, Blood Bowl, Dragonstrike, The Omega Virus, The Game of Life, Monopoly, and a bunch of other less notable board games.

I always thought this thread title was silly. Why not “Board Games”?

I always thought this thread title was silly. Why not “Board Games”?

My thinking is it’s one of those cool things where the thread title almost but not completely matches the topic. Forums in use for a long time tend to have this sort of drift and I, personally, love it. Gives the space a sense of community and personality and just a sense that it’s constantly in use.

We should probably split this thread up a bit. Board games is a category. It should have a thread for news, threads for individual games, etc.

In the old forum, Netrunner and Magic: the Gathering got their own threads. Most other board/card games don’t seem to have enough penetration here to sustain an entire thread (Chess? Go? Maybe a thread for an entire category of games like trick-taking games)

Well you can also split up things like board game news, board game reviews, reports on games just played, etc.

Chris, your pace of play and meticulous logging are an inspiration to us all.

This made me laugh more then I expected. 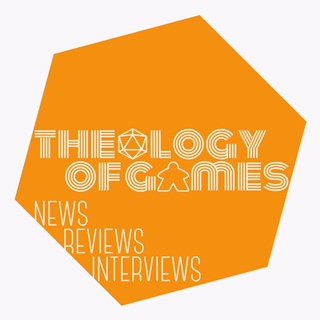 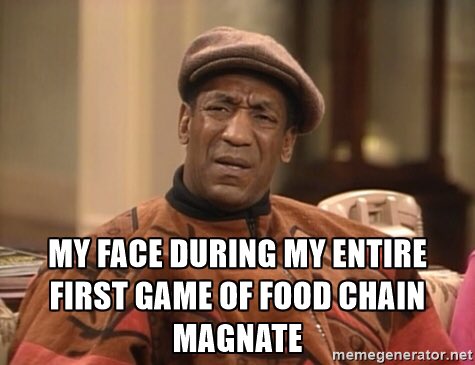 @Coldguy If it weren’t Cosby, it’d be funny.

Nice! If you want an audio version, here’s what I used to learn the 18XX system: http://howtoplaypodcast.com/episodes/episodes-11-20/episode-13-1830/

It bothers me that there is an illegal tile placement in the thumbnail preview (There is track running off the hex grid in Baltimore, which cannot be upgraded like that anyway, due to the preprinted track on the space…)

Keep in mind that the Mayfair printing of 1830 has some weird component issues that might make it a little more challenging to learn (the 5 trains are on the back of the 2 trains, or something similar). Hit me up and we’ll play 1846 sometime (it’s shorter - 3 hours with new players instead of 6)

Why do they have to print so many different games? Couldn’t they just make 18XX that comes with a bunch of trains and tiles. Then they just sell extra maps like Formula D. Then people could use the same rules no matter what map they choose.

There have been some ‘kits’ for 18XX, like this guy: Powerrails | Board Game | BoardGameGeek

For the most part, every 18XX is unique enough that making interchangeable components is less practical than putting everything you need in the box. Like, even the tiles, which are the most reusable, have different distributions across games

Which is pretty much what you get in the box. Since most 18XX games are designed by mega-nerds†, designers get kind of crazy tweaking rules sometimes, usually reflecting historical specifics of the setting. In 1860, the game ends in nationalization, when the government of the UK buys up every corporation starting with the smallest. Sometimes it feels like designers try mechanisms just to see what happens; if you ever wanted to play a game with a two-dimensional hexagonal stock market, 1854 exists.

That’s what I’m saying, stop being so nerdy. Just play the same game on different maps.

Because the catapult wasn’t enough, let’s all check out the circus. 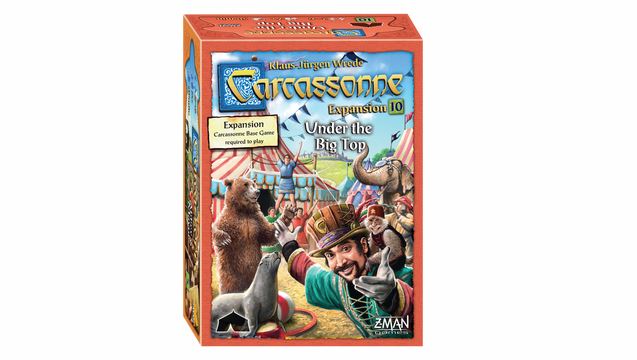 I remember, when I was a pretty young kid, going to the circus. It was while my family was living in Chicago. I forget, exactly, where it was being held, but I remember my dad having gotten box seats 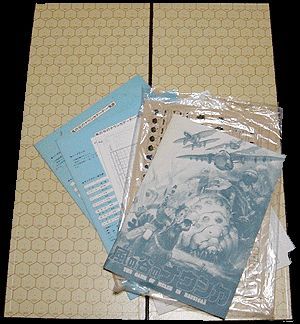 Nausicaa is a game of hack and slash melee combat in the world of Nausicaa published by Tsukuda hobbies. Very famous in Japan and the game itself is rarely seen.

That was almost thing of the day yesterday.