How Did You Get Your Avatar?

I’ve been thinking lately that I should probably get a new avatar/profile picture and actually unify what I use on my social accounts, but I’ve been having trouble thinking of what I actually want, and I also can’t art to save a life. I guess I might just stick to Fluttershy as one of the closest fictional characters to actually being me.

So: how did you choose your current icon? Where did you get it? How long have you been using it, and do you try to use the same icon everywhere?

I have three avatars that I rotate completely arbitrarily.

Some form of Boo: The Ghost. Usually the cutest one available.

Some form of hockey player from Ice Hockey for NES

Some headshot of my actual head.

When I get a new one I try to put it everywhere-ish. It’s hard. I wish the whole world had adopted Gravatar, but alas.

I drew mine on my phone while taking a dump. I sort of traced over a cellphone pic of myself with hilariously bad hat hair at 4am.

The “Ika” in my handle is “squid” in Japanese, so at some point i decided to use various cartoon squids. Usually it’s a blooper or something from Splatoon.

My parents got drunk in the back seat of a Buick Skylark and realized they couldn’t drive to the party they were going to and that’s why my face exists.

I’ve had this little icon since…9th grade? I like the plain look and reference it has and just stick with it.

My brother made this after we had a conversation about toad puns a few years ago. 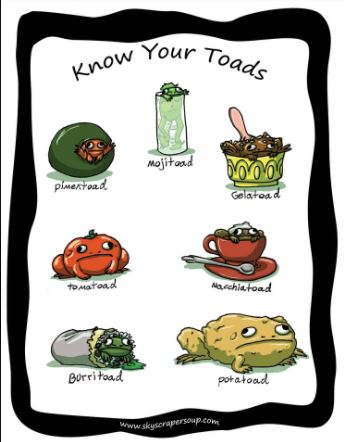 I used to use whatever was the most recent flattering picture of me when making a new profile on something. Then a bit ago there was the Power Puff Girls character creator thing, and even though I’ve never seen the show it was an exscuse to make a cute cartoon avatar. Since I go by RobotMitchell most places (my name is Mitchell and I like robots) I should probably find/commission/draw some sort of cute robot.

This is a photo I took of myself in September 2010 after getting caught in the rain while biking around the very edge of the whole of Manhattan Island. I took my bike down into the subway, and waiting for the train I snapped the photo. It became my Facebook profile and then I made it my Gravatar image.

Due to inertia, like probably never revisiting the Gravatar website since, it remains my avatar all over the place. Including Twitter, but maybe I changed my Twitter profile image not via Gravatar and have not bothered changing it there either.

It’s a photo of me changing a fuel filter on our caprice. Flannel, Shepard’s cap, wrenches, and carbs. It’s like peak car hipster for me.

I’m a microbiologist, and I work with things that can kill you.

Looked up public domain photos when joining the geeknights forum a few years ago. Saw a penguin, liked it.

Never cared for images before then but everyone here had one and I figured I would too.

I loved playing PC adventure games growing up, both Sierra and LucasArts. I was a HUGE Maniac Mansion and Day of the Tentacle fan, and there’s just something absolutely ridiculous about Purple Tentacle trying to achieve world domination.

but not implausibly thinner and younger.

That is the most important part. I’m always (possibly unduly) annoyed when someone’s profile picture is clearly from more than a decade ago or otherwise radically different from their current state.

The key is an idealized version of yourself that’s plausibly linked to your current self.

The key is an idealized version of yourself that’s plausibly linked to your current self.

Look at your avatar.

Work with things that can kill you say. Have you seen the warning label on my mix tape?

My avatar is my face from a time I was guest character in a webcomic my friend at high school made and I colored. So it’s just cartoon me. And now that I don’t have long hair anymore which I had at a point, it’s pretty accurate.

My current avatar is Sucy from Little Witch Academia and I chose her because she is the best witch.

I have a lot of avatars depending on my mood. Currently I’m Karruko from Princess Jellyfish because even tho he’s not trans he’s the gender bending media character I like the most. Previous avatars have included Quinn Morgendorfer in various forms and the All This and World War II soldier because it’s my favorite film ever.