GeekNights Wednesday - Spider-Man: Into the Spider-Verse

Tonight on GeekNights we review the triumph of animation that is Spider-Man: Into the Spider-Verse. Go see it immediately if you haven't already. In the news, the New York International Children's Film Festival is on, with some notable anime like Okko's Inn, and Penguin Highway, and Vic Mignogna is actually facing some consequences for his behavior.

We've already reviewed the entire current season of anime! Also our Nostalgia vs Game Design and The 40 Games You Must Play panels are up on youtube!

That DDR machine is cool. Too back Nick Robinson is a piece of shit.

I never heard of this person before your post. I thought it was just some New Yorker who happened to video the machine. Thanks for the info.

The opening bit of this episode BROKE MY BRAIN. You start with Fahrenheit, and mention Celsius for international listeners, but then you continue on with Fahrenheit… in a conversation about the FREEZING POINT OF WATER and the MELTING POINT OF SNOW.

What the fuck are you doing, America? Seriously. How do brains work there that you think this is an acceptable way to talk about temperature?

The montage/mosaic/compilation is called a “supercut”.

I knew this, forgot it, and now I know it again.

Supercut of all the times we talk about something but never name it.

The freezing point of water is also the melting point of ice, in this example it went beyond that by a few degrees.

Ah, Slayers. I should watch that in the background as I work. 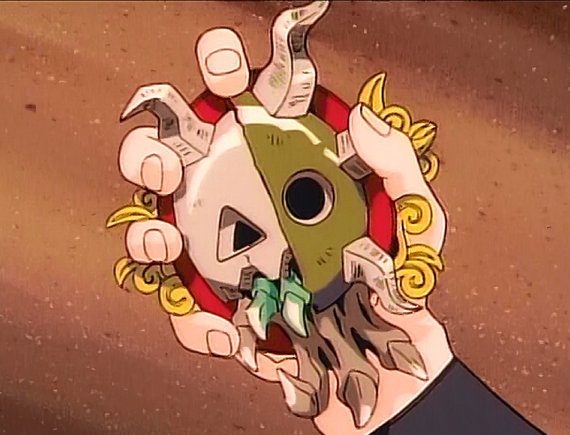 What the fuck are you doing, America? Seriously. How do brains work there that you think this is an acceptable way to talk about temperature?

Bah! Kelvin is the one true temperature scale!

Even Rankine is better than Celsius.

Technically the freezing point of water and the melting point of ice are the same, but this was more a conversation about snow conditions. Snow melting has more to do with rain falling on it than the ambient temperature of the air, and the top layer turning into dangerous ice has different factors again.

But even in this example, saying “salty water freezes at zero fahrenheit” isn’t even technically correct, because zero was “established as the freezing temperature of a solution of brine made from equal parts of ice, water and salt”. And I’ve got a feeling nobody is adding water and ice and salt in equal parts to stop their driveway from freezing.

I can kinda understand why people say things like “fahrenheit is good for talking about the warmth of the air because it it based around human comfort”, even if I don’t think a scale for just one specific situation or thing is very helpful in this instance. But this wasn’t even a conversation about air temperatures in relation to human comfort. It was about snow conditions and ice. Nobody will convince me that Celsius isn’t the right scale to be working in there.

I can kinda understand why people say things like “fahrenheit is good for talking about the warmth of the air because it it based around human comfort”, even if I don’t think a scale for just one specific situation or thing is very helpful in this instance.

I can also understand it, but I still think it’s dumb. Nobody here has any trouble talking about the heat in celcius. Nobody in the UK that I met had literally any trouble talking about the temperature in Celsius. And I’ve met a bunch of Americans who claim they can tell one degree of difference in Fahrenheit, but I’ve never met one who could actually reliably prove it.

It’s moot because frankly, America won’t change in my lifetime. Not with this. Not with feet, miles per hour, or acres.

The one thing I will say though is that the conventional wisdom I was taught skiing as a kid was:

< 0*F = zero exposed skin, not even one square centimeter, for fear of frostbite.

The coldest weather I’ve ever skiied was around -16 IIRC.

I think you are making this up. I read the same chart and it looked like this:

I will die on my hill that Celsius is perfectly good for science but Farenheit is the better scale for measuring human comfort. 0 is fucking cold and 100 is fucking hot. It’s not hard. You can even think of it on a clothing scale! 0 is wear all the clothes, 50 is jeans and light jacket, 100 is get as naked as legally allowed.

I have no strong preference for any temperature system I just wish there was only 1. If I were designing a new system that everyone would magically adopt it would basically just be C*2.56. Which pretty nicely fits everyone’s wants:
Absolute 0 = -700
freezing = 0
room temp = anything in the 50s
100 is basically the same as 100F and individual degrees are even smaller.