Tonight on GeekNights, we review the utterly unique TumbleSeed, a cross between a roguelike and Taito's Ice Cold Beer. In the news, the Race for the Galaxy app is ace, Blizzard really booched a major Hearthstone tournament, a cheating scandal in the world of speedrunning, Niantic shadowbanning Pokemon GO "cheaters," and two listener questions around rules to games.

I can get to Level 4 now that I am being more aggressive and killing most stuff in Level 2. It does take luck though. Level 3 is much easier if there is a magnet aura, it Cloak/Flood/Slow seed.

I got to 898 or 896 or something. But it takes 30min of trying to get to level 4 each time and I am done with the game. I went and watched the end on YouTube. Time well spent but I am never going to perfect this one.

I actually built a super rough POC for Pokemon Snap in Unreal. I should try booting that up in VR and see what happens.

Brink of War (Arc 1, Expansion 3) is probably coming (wild speculation on my part), as soon as they figure out the UX for prestige.

$15 (the price for the app + GS + RvI) will get you 70% of a copy of the base game, even at crazy-40%-discount Amazon prices. All three boxes would cost $60 on Amazon. The app is a crazy good deal if you want to play Race for the Galaxy.

Is there network play?

There is no local pass-and-play, because the timing structure of Race would be a nightmare for pass & play.

I bought this game because you and others were talking about it. Yeah, this game is not for me. I regret this purchase. Oh well.

Well, it is my favorite tabletop game

I know you dislike it though, so I’m not surprised you didn’t like it in digital form.

Oh I meant Tumbleseed. But yeah, RFTG is not my cup of wine.

Is there a preferred style/setup of RftG? Is it doable in this all version? RftG is a big hole in my gaming experience. I am willing to correct via app.

I love it all. Brink of War, 2 players, goals and takeovers might be my favorite. You can’t do that with the app (yet)

Most other people (both local to me and online) seem to enjoy Rebel vs Imperium, Goals, and no takeovers, which is doable using what’s already available.

If you’ve never played Race, you should play a dozen or three games with the base set, then start adding stuff.

I’d never heard of the Ice Cold Beer game before, but the description kinda sounded familiar. Then today in the Netherlands I spotted the game it reminded me of. 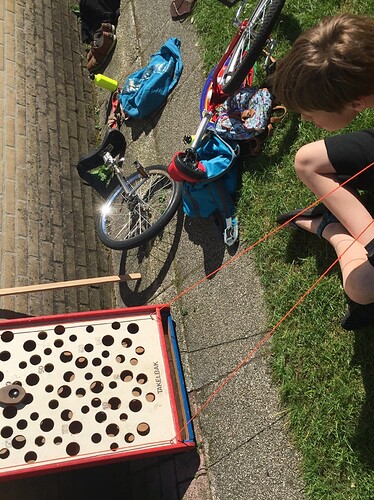 This one uses a round ball holder and two strings with pullies. I’ve got a feeling it’s easier than Ice Cold Beer, after looking at images of that game.

Wow, I never heard of Takelbak. That is awesome!

But judging based on YouTube videos, it is easier than Ice Cold Beer.

Here is someone who has perfected it.

In many ways they are both similar to Labyrinth. 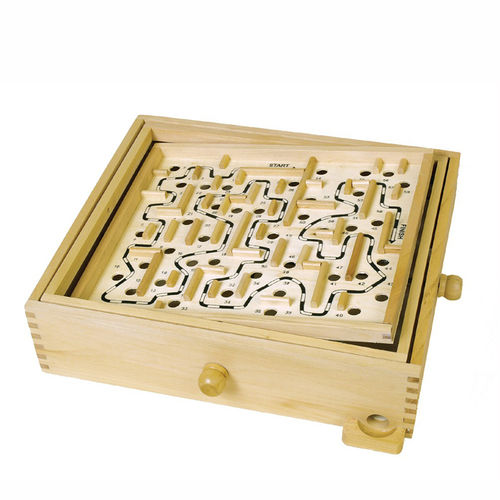 Is Labyrinth playable? I’d see the demo in stores as a kid, and the controls were super rough and the ball really liked to “stick” to the walls.

Not all Labyrinths were equally well crafted. If you get a nice one, it is very playable.

They wrote a postmortem and released an update.

Seems they think being brutally hard was where they went wrong. Is that the GeekNights analysis? Brutally Hard isn’t the worst thing.

Brutally hard is not the absolute worst thing. But there are a few key points of hardness becoming dickishness. Like getting a “buddy” that hurts you via friendly fire?

The differential in value between that and, say, a magnet aura, is so huge that if you got your best run using a good aura you feel like you just got lucky and it wasn’t your own skill. If you are going to be brutal hard, then it needs to feel like all skill. Luck versus hardness equals grinding, which means I quit playing.

Even the magnet aura is bad. There are some bad guys who are crystal shaped, and are pulled in by the magnet!

It’s not the actual difficulty level of Tumbleseed that is a problem. Super Meat Boy is probably harder. The problem is the difficulty curve is too steep. The game is really short, and it starts out brutally hard from the beginning.

At the start of the game the board looks like swiss cheese, and there are enemies that will home in on you. In Mario, they start you off with just one goomba. Tumbleseed should start with like, just one hole in the board, and get more difficult very gradually. Just introduce one new challenge at a time. Space it out. This will allow players to build up their skill level and eventually be good enough to take on even tougher challenges than what the game presents in its current form.

You can’t get better at basketball by playing against Lebron. You gotta work your way up from the bottom. Tumbleseed doesn’t offer a bottom to level yourself up with.