Yeah I dreamed about there being a sandbox mode where you could try out some of those crazy minigames and experiment with the seeds. There were seeds I never ever used because I was in the middle of a good run and didn’t want to take a break to go experiment with them.

I’m honestly surprised barely 40% of players beat the first level, though. I guess even that was harder than I gave it credit for. I certainly understand noping out at the jungle b/c the enemies there ramp things up severely. I planned on quitting after throwing myself at the desert too many times, but once I started going with a more offense-based approach and got a perfect set of seeds for my style of play, I did make it halfway up the snow. I still quit. 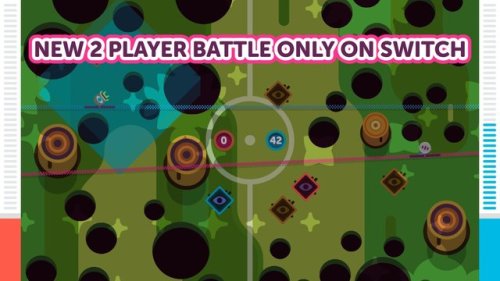 TumbleSeed just got friendlier, and cheaper ⊟ The “4 Peaks Update” is now available for the Switch release of TumbleSeed, adding a bunch of changes designed to make the roguelike easier to get into, if not just plain easier. For example,...

I would really like it if the analog sticks were actually analog.