Tonight on GeekNights, we go on and on about console (and to a lesser extent PC) game controllers, mostly of the gamepad variety. From the perfect expression of the pre-analog-stick era to an elegant weapon for a civilized age, we amble in the vicinity of a coherent point. In the news, PAX West badges will be SOON, PAX Unplugged badges are ALREADY, and a PAX-a-like is spotted in the wild. Scott will be streaming the new Battletech beta, and Steam Greenlight has ceased to be.

We have a ton of our tabletop reviews up on youtube now!

I’ve been keeping my eye on this controller, because this could be a major game changer if it works well and does what it intends to do.

Time to turn on the PAX Twitter notifications I suppose. I turn that shit off pretty much right after buying tickets, they post a bit too much for my tastes. I don’t think anyone posts seldomly enough that I would consistently have notifications on.

This topic reminds me of a Gaming Historian video from a few weeks ago.

I have a pretty good retro gaming collection, but one of my oddest items is a controller. 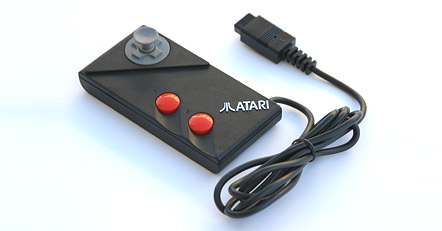 This Atari gamepad is relatively hard to come by. They didn’t sell many in the US. It did eventually become a pack-in item for the Atari 7600, but only in Europe. It’s an early example of a joystick that can be unscrewed to reveal a dpad underneath.

Jim Sterling was actually interviewed by steam for the new process and things are looking good.

The reason some folks think PlayStation controllers have mushy buttons is because the buttons are pressure sensitive. I’m not clear on whether they are true analog or not but several games have mechanics that make use of it to varying rates of success. The notable one for me was Metal Gear Sold 3 where you could grab enemy soldiers and hold them at knifepoint. Depending on how hard you hit/hold the knife button you’ll either just hold them as a human shield or interrogate them but if you push all the way you’ll slit their throat. It was kind of finnicky in that particular game and more than a few times I had to restart because I killed a dude by accident attempting a no kill run.

Other than that small issue in some games, I really love the Dualshock series of controllers. I like the softer press on the buttons and that the buttons don’t stick up as much as an Xbox controller, and the layout is very logical and easy to reach everything.

I booked my PAX Dev badge.

They say you can book your hotel, but OnPeak doesn’t let you in so it’s moot.

There was a controller setting in Goldeneye that allowed for dual analogue sticks, if you used two controllers. It was on a different page of controller options. I think I used setup 2.2 (1.1 to 1.4 was for a single controller).

This way move was analogue and look was analogue. It was the only way I could complete the main game to 100%.

And the good thing was that it didn’t matter so much when switching back to a single controller in multiplayer, mainly because then there wasn’t a whole lot of looking up and down, as most targets were generally on the same level as you. And if you were trying to shoot people above or below you? Well, you’re playing it wrong.

My favorite pre-analog controller is the Japanese Sega Saturn. It is absolutely the best d-pad (you really need to feel it to believe it), and the button layout comes down to taste. 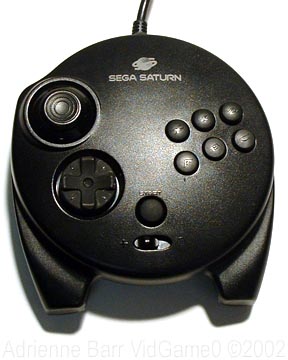 The Dreamcast controller makes my index fingers hurt, those triggers are ergonomically pretty bad. And the NES controller has some surprisingly sharp edges on the d-pad.

I’ve never actually used that Saturn analog controller, it looks like a disaster. Maybe it’s deceptively comfortable like the Wii U tablet, but it definitely looks awful. The one you want is the lower left. The top one is the Saturn equivalent of the original xbox controller: 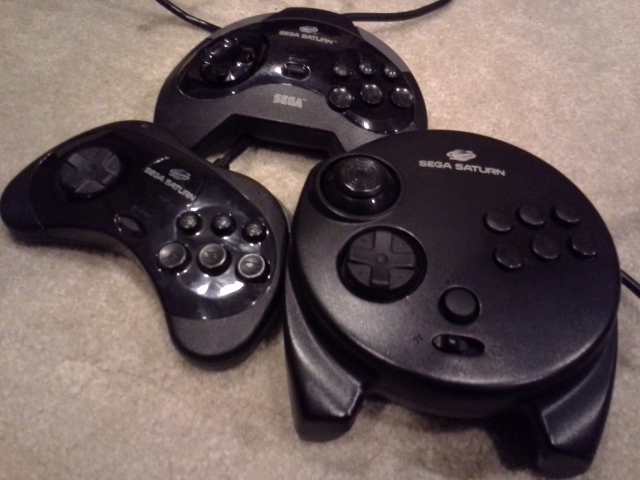 I know that’s not the Saturn controller you were talking about. I was just posting “the orb” because it’s hilarious.

@Apreche the N64 controller came out BEFORE the Playstation dual shock controller. It was a response to N64’s analog stick and rumble pack add on. There are several racing games I’d probably enjoy but are absolutely terrible to play with the original PS1 controller design.

The one thing that some modern controllers leave out, which baffles me, is the analog should button/trigger.

The analogue shoulder button was the most uncomfortable part of any controller I’ve ever used ever. Did you ever use one for an extended period of time, say playing a racing game where that was the accelerator? It’s like it’s designed to make your hand cramp up.

I have never had that problem. HAND STRONK.