This is just me specifically, but I work for the federal government where everything is internal. Instructional and tutorial videos are located on my agency’s intranet. I don’t need to run speed tests because my internet connection is pretty much binary: either it works fine, or it doesn’t work at all, and if it doesn’t work, enough people are experiencing the same thing that people are already trying to fix whatever is going wrong.

But again, that’s just my specific work situation. But even so, the ability to use YouTube or stream music, as opposed to just listening to the music you have on your phone, are luxuries that I would imagine that a lot of people don’t have at work, especially outside the IT field.

Why not upload to Google music and stream from there? I do that with any rare, indie, super new, or bootleg things.

I can’t speak for @Rochelle, but Google Music is blocked for me as well. I think it’s blocked for all federal government jobs.

I’m talking about device with data not wifi. Not about at work, but in general. Separate thread to the one about work.

Ah, sorry for the misunderstanding.

I thought about that, but I’m so Apple now, that I’m just so used to buying music from my phone and just listening from there and creating playlists, never really having to ever plug my iPhone to my computer to iTunes.

I still have a lot of music I previously got from pirating, but slowly but surely replacing it with iTunes store purchased music.

I could honestly stream all day if I wanted to, because I work from home 4 days a week and never need to use my government computer to get music, but I’m just so used to my phone providing me my music.

As for being able to discover new artists and stuff, that’s what I have this forum for. Also iOS Music app tends to recommend stuff as well related to the current album/song I’m listening to. I’m honestly ok if I don’t get ALL the music that I probably would enjoy. I’m happy with what I get.

Yeah, I could purchase music directly from artists and their various website, but the convenience of purchasing music with a few taps and a thumbprint is just too easy.

At least pay for Apple Music and stream that way.

That’s $10/month. And it’s no guarantee that the music I want to listen to will always be available for streaming, which is another reason why I just outright purchase music.

I did have it on trial and having the lyrics to songs was great, but right now I don’t need it.

Whenever I listen to music, I pretty much already have a playlist or album ready to play on my BT speaker as I work. I don’t like listening to brand new stuff or random playlists when I work. I may change down the road, but for now I’m good.

I use Spotify and since I do a lot of driving for my job and I have a small data plan I load up stuff on my phone to not use data. I stream when I am actually at a store and use their wifi.

Honestly, I like Spotify the most of the streaming services, but a friend signed up for Youtube Red family and put me on it. So I use Spotify at work, and dupe my playlists on Google Music. I tried Amazon Music since I had a free 3 month trial. Uninstalled it almost immediately.

Buying music still gives a large cut to the record companies. The most profit that bands make is from merchandising.

I forgot which band it was, I think it might have been the members of Kiss, said that these days albums sell concert tickets sell merch, which also follows the order of how much money each makes.

Why is the merch so terrible? Really thin tshirts that aren’t going to survive a dozen washes. Albums I already have. Lots of overlap with the souvenir topic, I suppose.

The material and physical quality of a tour t-shirt has no bearing on whether fans will buy it, or what they are willing to pay. It’s the official tour shirt. They’re either buying it or not. May as well make it as shitty as possible to increase profit margins. Just can’t skimp on the actual design, since that is what makes it desirable.

The key to making the shirts survive is to never put them in the dryer. Also, if they are really crappy, hand-wash. 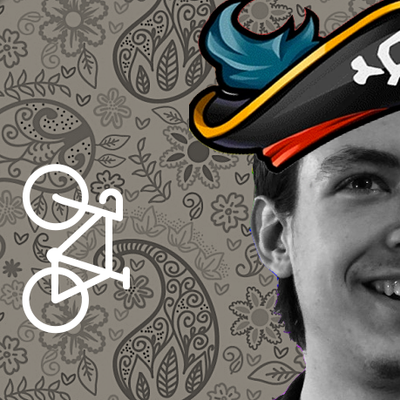 It’s for the most part still a catch up game and excellent marketing on Apple’s part to pretend to relevant with something hardware that just isn’t.

Our demonstration device for work is now a Samsung Galaxy S8 even though the majority of sales and the CEO are into the Apple ecosystem.

Siri is a joke it’s fallen off the map compared to Assistant, Alexa and Cortana.

I guess the notch thing is going to be quite different to develop for with phones such as The Essential Phone and iPhoneX.

Windows Phone was mocked for having facial recognition as something to unlock devices with but now that Apple uses it people don’t think it’s a joke when it’s the same exact feature. Except payment is going to be so silly in public, just tapping with your finger on the back of the phone at a pay terminal is incredibly easy but now you have to stare at the screen then wave or some other combination. iPhone 8 might be the bigger seller of the two.

The endoscope things are pretty handy. Mine has a micoUSB end for my phone and an adapter to plug it into a PC, it shows up as a standard webcam. I’ve mostly used it for looking in walls and behind shelves and stuff. Look at the focal range before you buy one, a lot of them are fixed at like 2 inches, which isn’t great for all use cases.

The endoscope things are pretty handy. Mine has a micoUSB end for my phone and an adapter to plug it into a PC, it shows up as a standard webcam. I’ve mostly used it for looking in walls and behind shelves and stuff. Look at the focal range before you buy one, a lot of them are fixed at like 2 inches, which isn’t great for all use cases.

Yeah, I’ve got one for stuff like that, mostly for things like inspecting my cylinders without taking the head off or trying to peer through the spark-plug hole, or checking the inside of my compressor tank.

Weird, I used to work for an army lab where internet was unfiltered as far as I could tell. They might have blocked some phishing sites and their ilk but I don’t remember ever running into it. I used Pandora and Youtube all the time and my boss said Facebook was fine as long as it’s not excessive. There were signs all over saying not to use P2P chat clients though.