GeekNights has had an episode on apples before, and I think we can expand upon it.

What are your favorite fruits? Least favorites?

My favorites include bananas, avocado, blueberries, peaches, and acai.
My least favorite is pomegranate.

Fruits are maybe the most delicious of foods. I love almost all fruits, especially whatever is in season. Even if I like say, Apples more than Peaches, an in-season peach is way better than an out of season apple. The only fruit that immediately comes to mind as something I actively dislike is grapefruit.

Also, let’s not discuss what is and is not actually a fruit in the biological sense. That’s a waste of everyone’s time.

You do not have to get into biology to be wasting everyone’s time. My grandpa insists tomatos are fruit, not because of some definition in a botanist’s textbook but because he will eat one bite by bite like an apple and he considers them to be sweet. 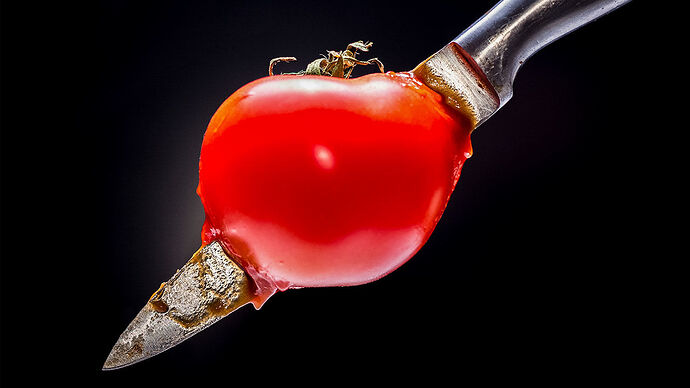 Why tomatoes got bland—and how to make them sweet again

[quote=“Apreche, post:2, topic:815, full:true”]The only fruit that immediately comes to mind as something I actively dislike is grapefruit.[/quote]The grapefruit is an excellent fruit, although its best applications are usually in combination with other things, such as in cocktails.

Do you also dislike lemons and limes, or is it just grapefruit?

How about pomegranates or cranberries?

Lemon and lime are great. Pomegranate is delicious. Cranberries are meh. Grapefruit is awful.

So it’s basically just bitter flavours you don’t like, then? If you’ve tried them, I assume you would have a similar dislike for bitter melon or bitter orange, then.

I Googled, but it seems like it’s pretty hard to find much in the way of bitter flavours in fruit, generally speaking.

I have a friend that grows pawpaws, which is one of the few North American native fruits. Not my favorite, but they’re good, and most people I know have never had one.

Barley is probably my favorite fruit.

What did I just say?

Also, let’s not discuss what is and is not actually a fruit in the biological sense. That’s a waste of everyone’s time.

but since I can only see thewhalewhark naming his favourite fruit and not raising a discussion of what counts and doesn’t count as a fruit, I don’t see how it’s relevant.

Don’t know why @Apreche hates on grapefruit, that’s one of my favorite fruits.

Grapefruits are literally the worst fruit ever. Disgusting and redundant what with oranges and lemons existing.

I’m with the majority here. Only time I’ve ever eaten grapefruit is when it’s mistaken for an orange and I’m already started peeling it and even then it’s because my desire not to waste food trumps my desire not to eat this this grapefruit.

Oh god, you don’t peel a grapefruit. No wonder you guys hate it. The skin on the slices of fruit is super bitter. You cut it in half and slice out the flesh and eat with a spoon. It’s one of my favorite breakfast treats.

I remain skeptical. But maybe I’ll try it again using this method before I die and report back.

I appreciate grapefruit flavor in the form of citrus IPA’s. Actual grapefruit is fucking gross.

Once I bought a pint of orange juice in one of those tiny cartons for breakfast. It was actually orange/grapefruit juice in disguise. It tricked me. I felt really bad, but I had to throw it out. Undrinkable.

Juice is bad for you. Don’t drink it.

Strawberries are alright I guess.

Link to juice being bad for you?