Pizza Cognition Theory: postulates that the first pizza a person eats becomes the standard by which that person judges all pizza he or she subsequently eats.

According to Sam Sifton, “The first slice of pizza a child sees and tastes (and somehow appreciates on something more than a childlike, mmmgoood, thanks-mom level), becomes, for him, pizza. He relegates all subsequent slices, if they are different in some manner from that first triangle of dough and cheese and tomato and oil and herbs and spices, to a status that we can characterize as not pizza.”

My earliest memories of eating pizza are mix of two places. The first being Pizza Hut and the second Peter Piper Pizza. I still have a fondness for Peter Piper Pizza. I wouldn’t say either shaped my foundation as to what makes a pizza a pizza though. I’m pretty flexible about what makes a pizza. I do believe there is no defacto best kind of pizza just preferences of them.

The earliest memory I have of pizza is a slice of cheese pizza that my aunt ordered from some place when we were visiting her down in the Bronx when I was 5.

It remains the greatest pizza I remember eating, and I have never again found the flavor profile that I think I recall so fondly.

Little Caesar’s, Pizza Hut, Dominos, and a local deli were my pizza staples throughout childhood. I would rank them as such:

I enjoy all kinds of pizza, but I won’t eat cheap pizza at all anymore. New York slices are great, but so are heavy deep dish pizzas.

I don’t remember much about pizza from bygone eras. I remember we had stuffed crust sometimes. And I remember Chuck E Cheese pizza more from my time working there than my time playing there as a kid.

I remember not really liking the strange “CT variety” of pizza found in the local small shops growing up either.

I think Pizza Hut and Red Barron are my early default standards of enjoyable pizza.

But the magical “this was the pie to end all pies” was a deep dish I got from a restaurant around the corner from my hotel while staying overnight in Chicago to do college interviews for SAIC. The flavor and enjoyment of deep dish pie, almost 10 years later, is more memorable to me than the weekend of debauchery that followed as I visited my long distance girlfriend.

My first pizza slice in memory was from a south american food cart. It was about the size of a kitchen sink but the dude somehow managed to make everything by hand right there. I don’t remember what the pizza tasted like though, most of my memories of it come having a fresh slice fall on my lap and burn me. Vendor gave me a cold bottle of water to put on the burnt area and then a new (now colder) slice to replace it. Service was A+.

I remember Tony’s Pizza in Clifton Park, New York was the first pizza I ever had. I loved it so much, I miss it, I have yet to find better pizza. It might be just nostalgia but my parents still reminisce about how good it was so maybe it is as good as I remember.

There is no way I can possibly remember my first pizza, but my memories of early childhood were made up of three different pizza sources. Pizza Hut is the one most people know about. The second was the awful rectangle pizza slices we got from the school hot lunch program. The third, which I remember best and had the best memories with, was a local chain called Alfy’s. It’s not around anymore, but up until they went away it was legit good pizza for the price. In high school was when Papa Murphy’s started getting popular and that also became a staple when the other three options starting disappearing in my area.

Nowadays flat bread-style and neapolitan-style pizzas are popular in my area and they are all pretty good, but I don’t go out of my way for any of them. The only legitimately good pizza I’ve had in several years was the deep dish I had on my trip to Chicago a few months ago. Definitely excited to finally try some authentic NY pizza in a couple months.

My parents used to pick up pizza from a place called Villa Rosa in Yardley, PA. They made NYC/NJ style pizza of decent quality.

I don’t know my earliest pizza memory. I don’t really have any super strong pizza memories. But the place we got pizza the most when I was young, Mario the Baker, still exists. It’s also still great. Terrific pizza, even by NYC standards, all the way out in CT! An entire hour+ away from NYC by car! Their other Italian food is great as well. It’s very standard. Nothing really exotic or unique, but still delicious. 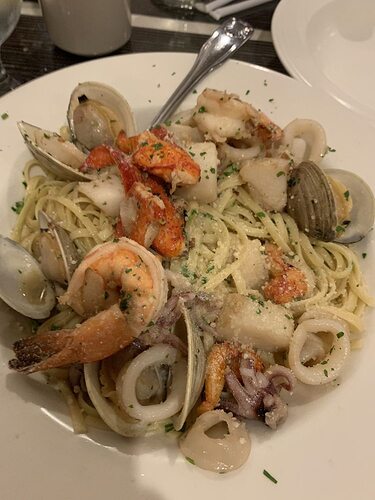 Gino and Joe’s in the “old” food court in Crossgates Mall, before they redid it. The people there were clearly from NYC and it was some great pizza. When the food court was remodeled, they were pushed out by Sbarros.

I would eat Dominos before I’d eat Sbarros.

It always amazes me how much Upstate New York has absolutely no idea what good “NYC” pizza should taste like, even though it’s relatively close to NYC.

For years, this restaurant near my parents’ home, Smith’s Tavern, affectionately known as “Smitty’s,” would win best pizza in the Capital District, and I never understood why because it was just terrible.

I have never had good pizza in Albany or Seattle unless it was at a sit-down Italian restaurant.

Are you from Albany? I grew up outside Schenectady.

Yes, I grew up in Voorheesville/Slingerlands, right outside Albany.

And that’s how I made some really good friends and got introduced to the wider FRC, much to their regret…

There’s actually a pretty large (comparatively) contingent of people from the Albany area on this forum, or at least from Albany. Now that I live in DC, it seems a lot fewer people live nearby.

I read a lot as a child, so my main early pizza memories are looking forward to having read enough to get the free pan pizza from Pizza Hut’s BOOK IT! program. 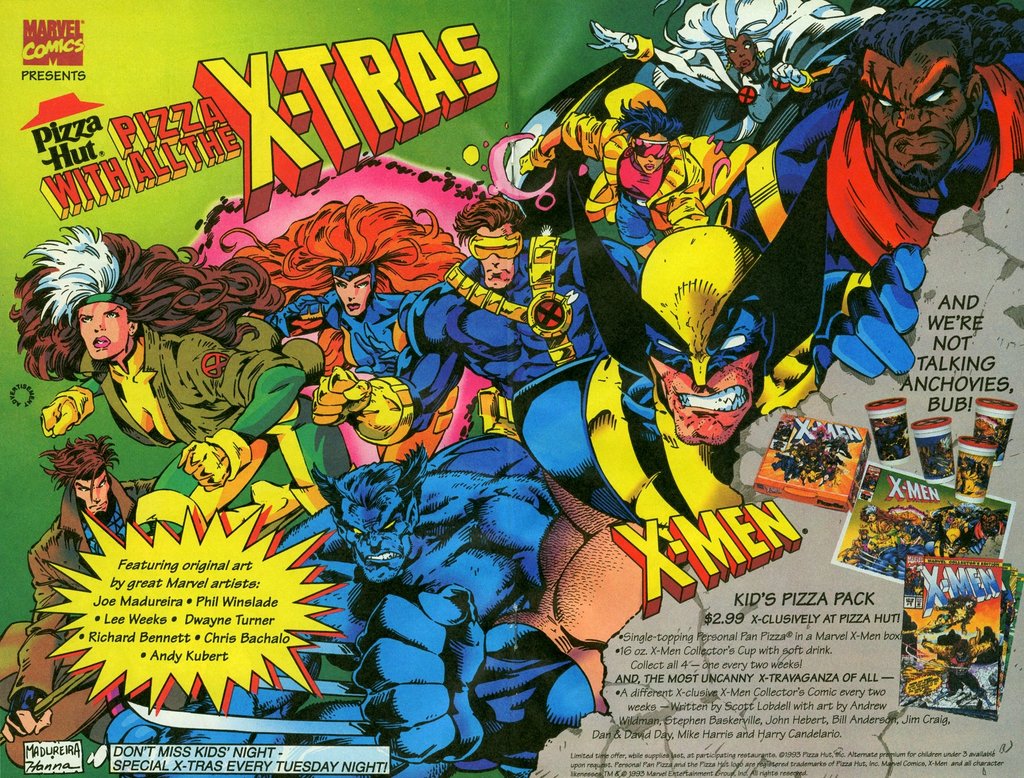 my childhood plus a lot of local generic Italian places. Also a TON of Cafe pizza in School. YUM. Ohhhh and one dollar slices on the board walk in the 80’s.