Empire Strikes Back at the Kennedy Center! 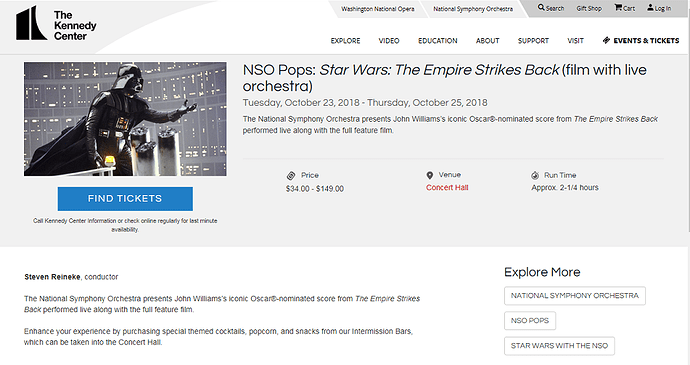 I went to see Star Wars last month and can’t wait to see Empire at the end of October. Will probably see Return of the Jedi as well when they show that.

I’d actually really wanna go see Macross 82-99 but, sadly that seems to be sold out. I’mma check the aftermarket sources but, not holding my breath. But yeah I would love to see that shit.

Bought tickets to Weird Al at Forest Hills stadium next summer. Eveyrone says he is great live, and I finally got a chance. Plus, he’s performing with the Queens Symphony Orchestra, so that is a huge plus.

Also in about an hour going to try to buy a ticket to Tiffany Young’s mini showcase. It’s in March, and is just a few blocks from my office after work, so why not?

Tiffany tix sold out in under 1 minute. I reloaded the page at noon. Tickets were there. I chose quantity 1. Pushed the button. It said “sorry, all tix are in other carts.” Web site worked great, though.

These days I’ll just buy anything I can’t get direct without F5ing from a scalper if I really want to see it.

Bought tickets to Weird Al at Forest Hills stadium next summer. Eveyrone says he is great live, and I finally got a chance. Plus, he’s performing with the Queens Symphony Orchestra, so that is a huge plus.

I’ve been to almost every Weird Al concert that’s been in my city or the next city over since I was born(I think I missed one when I lived in the UK), including skipping out on a friend’s wedding, and I can definitely tell you he puts on a really fun show, even if you’re not a complete Weird Al tragic like me.

I saw Weird Al as a kid, on his running with scissors tour. Great time! Would go again.

Speaking of tickets, just bought just-announced tickets to Daughters, playing a show at Warsaw in Brooklyn, in March.

That’s gonna be an intense show.

Just attended a Steven Wilson show. There’s something about listening to music that you grew up with and used to cope with when younger in a live context, especially for the first time. I had been trying to see him for well over a decade but something would always happen to stop me.

Suffice to say, I was ugly crying by the end of it. :'D

Apparently there is a punk festival in early may in the austrian city of Wels (1st of may is a holiday, and not (just) because of the Jonathan Coulton song) that features among others Teenage Bottlerocket, The Real McKenzies, Bad Cop/Bad Cop, Useless ID, etc. I just might have to go there.

I’m completing the trifecta in a couple of weeks: 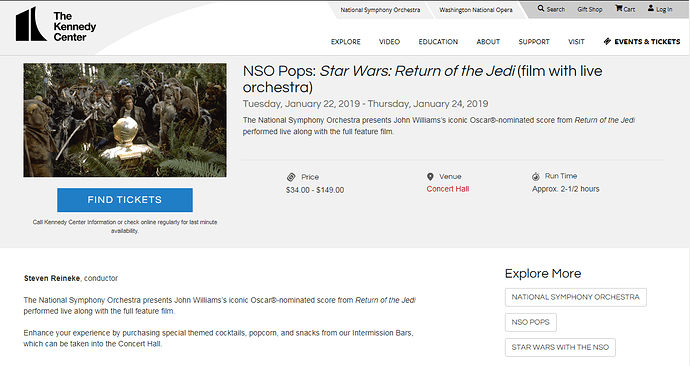 I need to check if they’re doing any of the new movies post-Jedi. I’m not familiar enough with their music to decide if it’s worth paying to see live though.

OK, Yung Bae is great and all, but our boy Frankie JAVierra C-town!?

I will go to this if possible. When/where tickets on sale? Last time Yung Bae performed in BK it was the night before I was flying out to a tropical island. Also, Macross 82-99 was supposed to be there, but couldn’t get into the country because visa issues.

According to FrankJavCee: “Tickets go on sale Wednesday”

So I’m gonna be keeping eyes out. 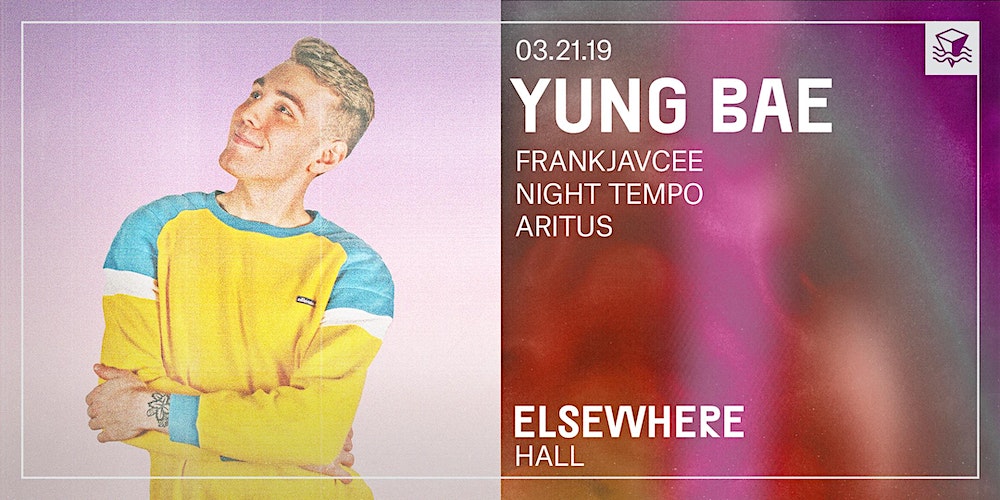 On that page they go live the 16th, so that’s consistent.

In other Concerts in Brooklyn news:

We have George Clanton, and some quality Vaporwave artists: 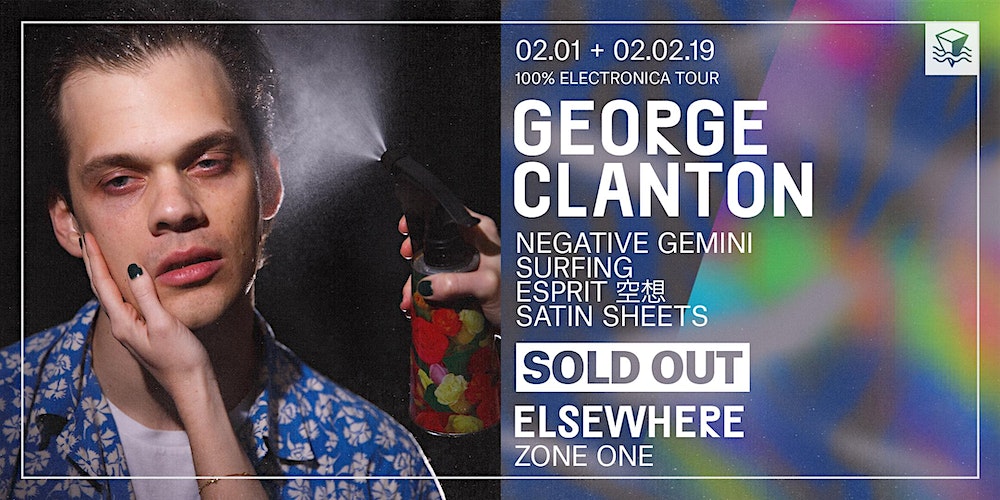 In an effort to discourage scalpers and give more real fans the opportunity to come to our events, Elsewhere operates an official venue ticket exchange, powered by Lyte. If you purchased a ticket but can no longer use it, please consider putting it...

Which I already have a ticket for, because Slide is one of my favorite albums of 2018.

Also Daughters (Originally out of Providence!) is doing a Brooklyn show in March. (And we get some Blanck Mass for good measure)

Oh, it looked like they were on sale now. I guess it doesn’t tell you the on sale date until you click through.

Ok, I got a Yung Bae Tix. Also Sunmi is coming. All the KPop peoples are coming to the US, and on tours that aren’t mismanaged. It’s a new day.

Where do you find out about kpop concerts? I have significantly worse sources than you on this subject. If say GIdle were to play somewhere in the city I’d wanna know. 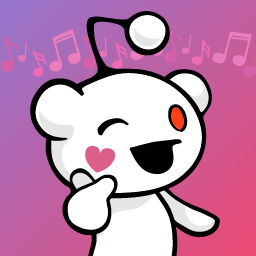 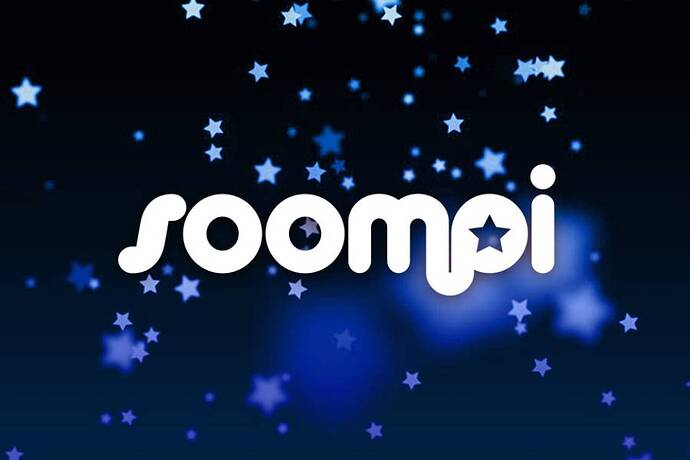 Official Twitter/Instagram/Facebook pages for artists and also the concert promoters.

e.g.: Red Velvet concert is promoted by https://www.subkultureent.com/ and all their social media accounts give you the info. Twitter is best, tho.