Anyone up for another Civ V GMR game?

The two big ones are semi-on-hold thanks to the hurricane, and the big Patreon one is moving along rapidly just fine. Unlike other games, I don’t plan to record every turn in this one: just play it.

I’d be up for a small game (4 civs) unless a bunch of you are interested. I’m also looking at trying “Diplomacy” style rules for ending the game.

I’m out of free games, I’d have to leave one of the stalled games to play or pay, been hoping they would get Civ 6 working :-p

I paid. I’ve been in a lot of games. I find that playing in 5 isn’t more work than playing in 1: but I have a turn to take every day after work. Feels good.

I’d be up for one of these.

How does the schedule tend to work for these? Like how many turns per day and how long can I take before I’m an asshole?

You get about 24 hours until your turn is outright skipped. As to how many turns per day. Used to be like 1 turn per week when we had people mad slow who couldn’t take their turns. Now there’s 3 people left in the game and we’re taking like 2 turns a night.

it’s only 24 hours if you set the timer to that, we’ve set it a variety of times sometimes 3 days to cover weekends and such

I know, But I also remember when we had it set to 3 days and I maybe took one turn every like 7 days. But yeah it’s adjustable.

No rush! The last thing you need is one more thing to worry about and plan around

Meanwhile, in the Patron game. I have finally honored an ancient promise and liberated the good people of Thebes. 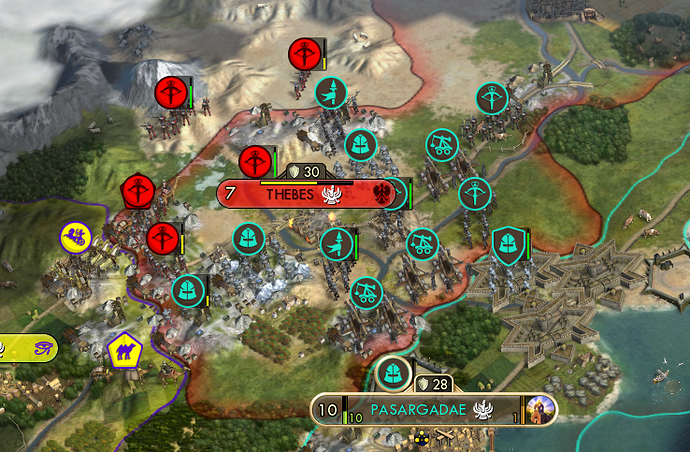 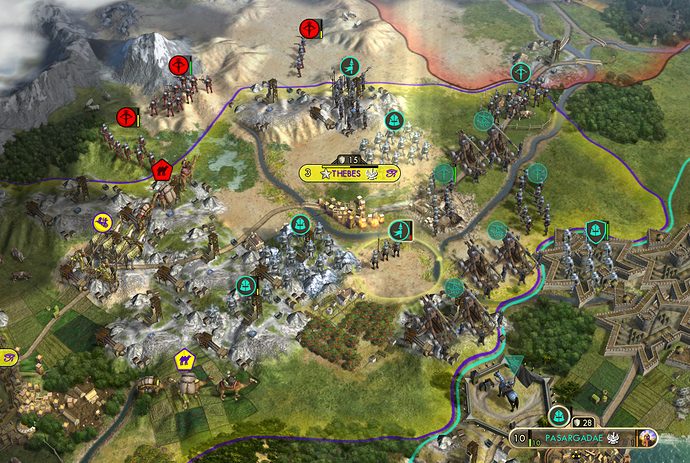 I don’t know why you bother with pets.

Ethiopia clawed its way back from the abyss of the endless flood. Who knows what eldritch horrors returned with it.

This may be the most anticlimactic end to a civ game ever. 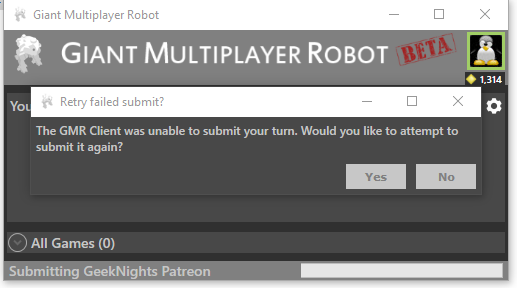 Just that for days. Survived a civ reinstall a computer restart and a gmr re-download.

Pressing yes reveals the same message and it turns out gmr has some logs, which seem to reveal windows is being windows and blocking access to… something. It’s hard to say.

GMR appears to be having technical issues. I think their drives are full.

I’ve disabled all turn timers on all games I’m running for the time being.

@Naoza For a clearer error message, you can (try to) upload saves directly through the website as well as through the desktop client. When I tried this, I got taken to what I unfortunately recognized as an ASP error page, talking about an IO exception because the drive was full.

It really seems like GMR may be abandoned. There were no posts about this in their forums. Their Twitter has no activity.