The women’s world championship is happening right now. 3 decisive games in the first 8! Compare with the men, who drew 12 out of 12 last time.

This one in particular was a wild game.

Gonna try and win against one of those folks? Ya get a good game outta it but also generally a good way to lose $5. There’s surely some cheating but mostly they’re just really good at chess.

I’d love to, but I’m terrible at chess. And also on another continent.

Gonna try and win against one of those folks?

Certainly not. I’m a weak enough player I can still play against a free app.

Don’t feel bad, free app is better than any human ever.

I miss the ones that used to hang out in Harvard Square. 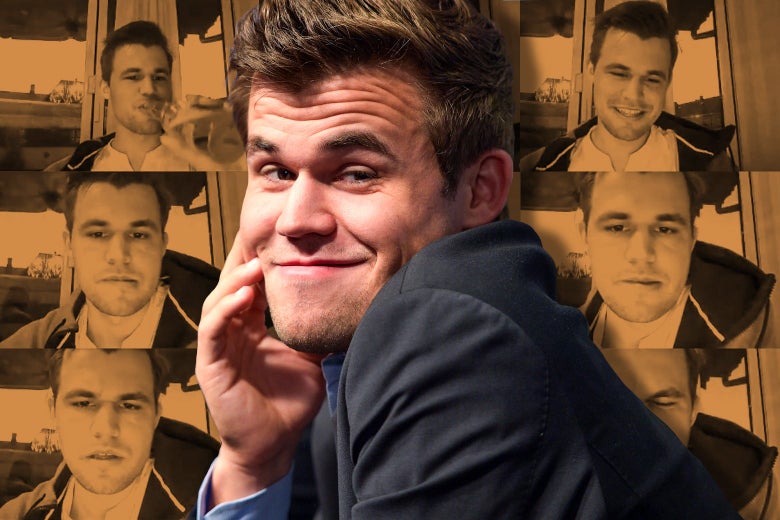 The World’s Best Chess Player Has a Second Life as an Online Speed Chess...

Magnus Carlsen has been livestreaming himself cracking jokes and letting loose as he destroys the unsuspecting competition.

I think a lot of games would benefit from adding a chess clock. Crank up the time pressure. Now time is a resource you need to manage. Also people screw up under duress.

Another bonus, games that were killed by full calculation paralysis are more fun again!

I assume the guys talk about chess clocks in Take Your Fucking Turn?

The 2020 Candidates tournament is starting today, despite corona.

8 guys, round robin. The winner earns the right to play Magnus for the title later this year.

If you only pay attention to the world championship, this is likely going to have a lot less draws - all 8 are trying to win, rather than 1 person trying to not lose.

The first round had 2 draws and 2 decisive games - 50% less ties than the last world championship!

And halfway through, it’s suspended. 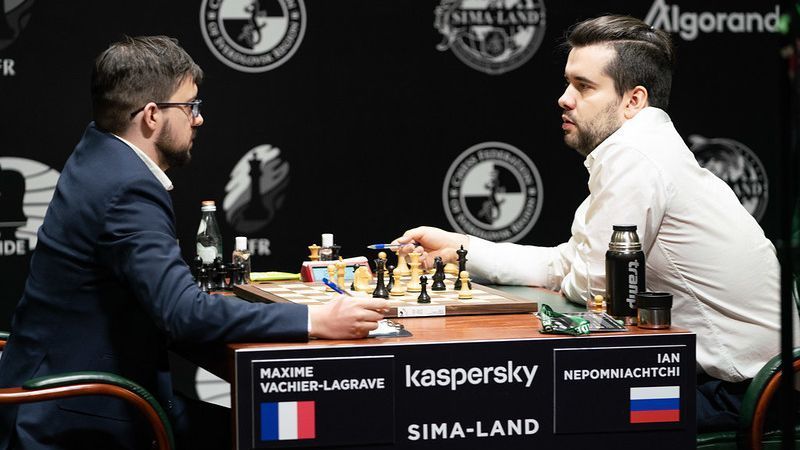 "We cannot continue the tournament without guarantees for the players' and officials' safe and timely return home." 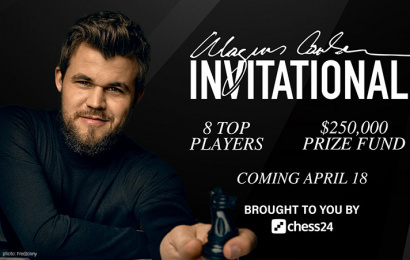 The Magnus Carlsen Invitational sees the World Chess Champion challenge seven of his biggest rivals to a 2-week, $250,000 battle. The 8-player online event starting April 18th will fill the current void in top-level chess, and indeed sport in...

Factors that should increase the spice:

Starts the 18th! I’m really jonesing for a sports fix, so this should be fun.

The time format and the go-for-the-win incentive are fantastic rules!

I think it’s not for nothing that his tournament is using this format. Magnus in 2018 on the world championship:

My current favourite, which it has been for a while, is to keep the same format as now, except that each day you play 4 rapid games instead – relatively short rapid games, let’s say 15+10, as you play in the World Rapid – and you get one point for each day.

If you want to see who the best player is make them play as many games as possible, and if you keep the rapid format then there’s still room for opening ideas, preparation and everything, but the time allowed to conceal your weaknesses and everything is not there. You just up the stakes, you increase the chances for errors and everything, and I think it makes it more exciting and it gives a more real picture of the best players.

Unfortunately, go-for-the-win kind of only works for competitions with more than 2 players. So not the world championship. Unless you changed that to a tournament as well, but I like the idea of the reigning champ being the final boss for whoever wins the candidates.

The Magnus Invitational starts tomorrow. They announced the lineup:

Magnus Carlsen vs Hikaru Nakamura had 4 out of 4 decisive games. Already like where this is going.

That was a pretty good tournament. The 4 semifinalists were Carlsen vs Ding and Caruana vs Nakamura. AKA the world #1, 2, 3, and world blitz #1.

The final ended up being 3 wins and a draw, but the last game Nakamura was playing to win, since Magnus only needed a draw to clinch the match. 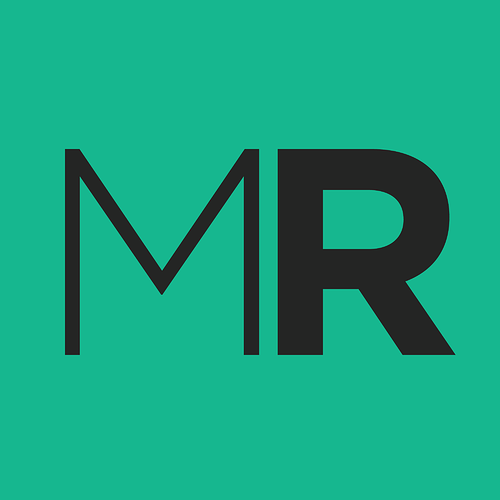 I just finished watching one of Chess24.com’s Magnus Carlsen-affiliated rapid on-line chess tournaments, when today (a day later?) I see that another tournament has started.  And with Magnus himself playing, as well as other world-class...

Garry Kasparov took his ball home for a few years in the 90s. In 2012, Magnus was already world #2, but dropped out of the candidates tournament over a dispute about the format.

Imagine quitting the world championship before you’ve ever even competed in it because you didn’t like the rules!

I wonder if Mamedyarov will have any recourse, declining his spot in the tournament the first time over Corona concerns.