With the recent discussions about the Playmaster plugin for CSGO, I think this kind of topic deserves its own thread.

I’ll kick it off with my own experience from earlier this year. In February I had a long work trip coming up, and that meant online games like PUBG weren’t going to be possible, but it would be an opportunity to do some aim training, inspired by a friend who had done some on his twitch stream. He used KovaaK Aim Trainer, so I bought that.

The trainer is full of “Scenarios”. Each is a timed test of a specific aiming skill, with a specific kind of target, target movement, range, gun type, etc etc etc.

There are THOUSANDS of scenarios! I googled for a guide and via a YouTube video found this PDF:

From this I started a training routine that would improve target tracking (vertical and horizontal long strafes), switching between targets, and quick clicking on moving targets. Specifically:

And because I am me, I started a spreadsheet where I would note down the score of every single test I did, to keep track of my progress over time.

On the first day I started by doing each of them once, to see what my skill level was before the experiment began.

Then I did each of those scenarios 10 times each per day. Starting on February 15th I spent at least one hour in Kovaaks aim training for 19 days up until March 12th. So not every day, but most days.

After about a week I started looking for more specific scenarios for my goals, and settled on these four:

My scores improved! The very best single test scores went up the most, but I was more concerned about my average over 10 attempts on a day.

These scores are with a 15 inch 60hz laptop screen, average of 10 attempts:

The 10% improvement is understandable because I added that to my training regime quite late, and the first average test was after a lot of improvement over the previous few weeks.

The Heavy Recoil improvement was the most noticeable improvement, more than doubling my score in the eight times I practiced it.

Conclusion (at this point of the story)

But this was all on a trip, with the practice on my laptop with a 60hz screen.

And it was all theoretical improvement, as I hadn’t been tested in actual gameplay against real players.

When I got home a few weeks after I ended my regular Kovaaks training, and I switched over to the our new office/gaming PC that we’d bought so Juliane could more easily work from home, and for me to do gaming and game development.

What happened when I had a 24 inch screen running at 144hz?

I’d put in all that training on the 15 inch 60hz screen, and it was like doing a month of marathon training wearing scuba diving gear.

Free of crappy equipment and with a proper setup, I did the same tests with the same scenarios. Here are my best 10 test averages from a month with my laptop vs two days with my gaming PC (60hz vs 144hz):

A possible conclusion to this is that upgrading from 60hz laptop screen to a 144hz gaming monitor brings a similar level of aim improvement as a month of regular practice.

But for this experiment there wasn’t a control group. I put in a month of training, and at the end of that process I installed Kovaaks on a PC connected to a better monitor.

Also I went from running PUBG on a MacBook Pro that could only output to the monitor at 60fps maximum (but often only 50fps) to a PC with a Vega 64 video card that runs PUBG at 130 to 144fps.

Of course my PUBG gaming took a huge step up in terms of successful gunfights, but there’s no way to separate the training from the new equipment, because both happened at the same time.

Either way, I’m really happy I did the training. I’ve not tried Kovaacs since April or May, and I’m sure my skills have dropped off. Maybe I’ll give it a go some time this month and report back.

Training will improve your aim, but so will appropriate equipment, and buying new equipment is easier than training, but train anyway for a double improvement. 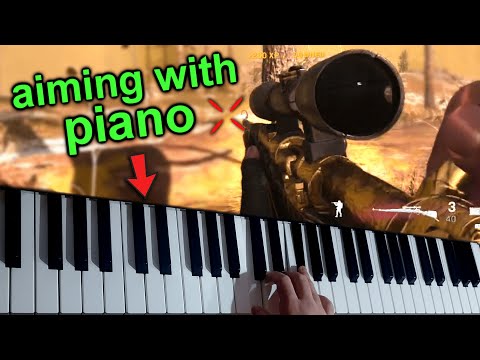 I keep getting ads for Kovaaks on Facebook, I can’t help but wonder if they’re trying to tell me something…