Looking back at my formative years, when my brain was squishy and free time was infinite, I notice that the games I used to play made a strong impression on me. I made tons of shitty maps for Half Life 1, and to this day I especially appreciate games that employ environmental storytelling in first-person. I can trace my love of punishing difficulty and timing-based combat back to Ninja Gaiden Black. Some games even helped define my professional and academic interests - Sim City 2000, which I somehow managed to play for dozens of hours on a PS1, served as an introduction to systems thinking and urban planning at a very young age.

So, FRCF, here’s my questions: What games made an impression on you as a young person? How have they defined your taste in games today? How much has your taste shifted as you’ve grown up? Have any games effected your interests and motivations in a broader sense?

So much Command and Conquer, Age of Empires and the Total war series. Strangely not much Starcraft or WoW.

Ok how 'bout this: if you had to get a video game tattoo what would it be?

I’m gonna get something like this on my arm someday: 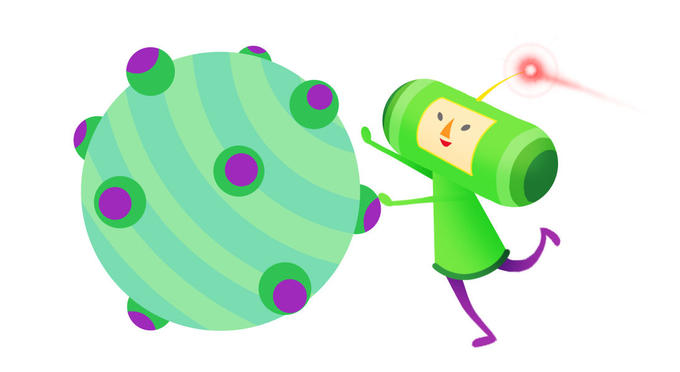 Katamari Damacy is silly, wonderful, and reminds me of how my identity is an unweidly kludge of things I picked up along the way.

The Liberty’s Kids game for PC taught me a lot about balancing perspectives, journalistic integrity, and sympathizing with Tories.

Ok how 'bout this: if you had to get a video game tattoo what would it be?

There was an Utena game for the Sega Saturn

My family had a Sega Master System instead of an NES. That should speak volumes as to why I am a weird person.

At least you got to play a lot of Fantasy Zone and maybe Phantasy Star.

My early gaming influences were SNES RPGs (mostly Chrono Trigger, Earthbound, and Super Mario RPG), cinematic platformers like Out of this World and Flashback, PC shareware, Lucasarts adventure games, Sega CD games from clearance racks, the weird unpublished runoff that ended up on Sega Channel, boxes of old Dungeons & Dragons modules I read without context for the rules, and a collection of decade-old $1 NES cartridges I picked up from flea market tables with my allowance when I was in elementary school. I mostly enjoyed (and still enjoy) when a game can do something I never expected.

I didn’t play The Legend of Zelda until 2005, Mega Man 2 until 2008, Super Metroid until 2009, or A Link to the Past until 2013 (ish). They’re all amazing of course, they just missed me because I was too busy exploring interesting garbage.

Hahahhaha you all assume I got to play the good Sega Master System games. I had a lot of weird and not great titles, but there were some good games in my mix: Choplifter, Space Harrier, Altered Beast, Time Soldiers (a port of Ikari Warriors), and Double Dragon

I always had hand me downs from my Dad gaming wise in the early age so it was not many games, so I played them over and over and over again. I remember the Super Mario Brothers/Duck Hunt/Track and Field where I could almost beat the game (legit not using the hand slap technique) but only being stopped by the damn Cheetah Hurtle race.

Other ones of note were playing and beating Zelda 1 sans any guide or help. That took MONTHS but it was an early achievement. Also I managed to play Dr. Mario upside down from a couch because I could not flip my tv over. I remember hitting the peak realizing that the arcade titles that the Genesis provided did not get me enjoying the game so I sold it at a yard sale and picked up an SNES with All Stars/Super Mario World. Then Yoshi’s Island came next.

The last thing of note is for Christmas I repeatedly asked for a N64 over a PlayStation since Nintendo knew how to make games I liked and the PlayStation (to me) looked terrible by comparison. I realize now it was the basic polygon graphics I could not stand and get mad when a game did not use In game cut scenes and instead played a movie.

That Christmas came and I got…a PlayStation. I tried to play it but nothing interested me. My Dad picked up FF VII blew up the factory and then returned the game since he didn’t like it. When dual sticks came out I swore it off my head could not deal with two sticks moving at the same time and handling buttons. I think this is why I despise a lot of modern control schemes.