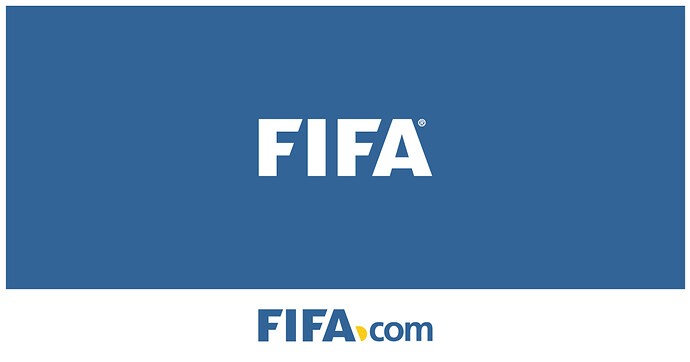 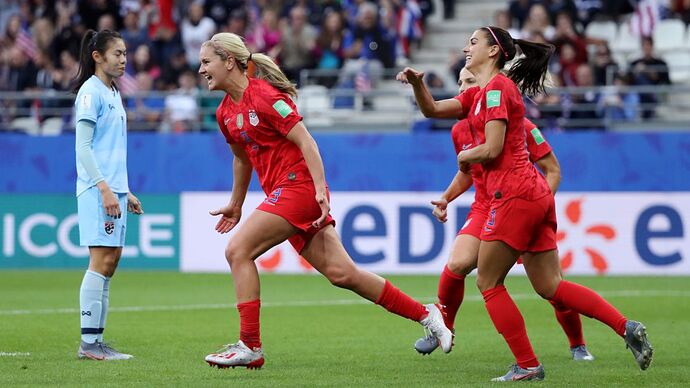 Here Are All 13 Goals In The USWNT's Obliteration Of Thailand

The USWNT opened its 2019 Women’s World Cup with a match against Thailand. That match has just ended. The final score was 13-0, the most lopsided World Cup scoreline of all time. Here is what scoring 13 goals in a single game looks like:

They broke the previous record of 11 goals.

“Some facts: The 13-0 scoreline is the largest one ever, surpassing the previous record of 11-0 set by Germany against Argentina in 2007; the U.S. scored 10 goals just in the second half, also a tournament record; Alex Morgan scored five goals herself, the joint-highest figure for a single World Cup match.”

That’s how you win a tie breaker.

What’s with the tea drinking celebrations and all the drama? Twitter is getting me mad. Why people are making it such a big issue. 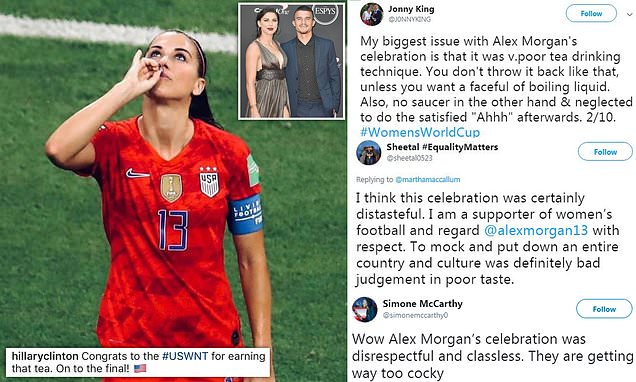 One England fan was particularly disturbed by the fact that Alex Morgan appeared to throw tea right down her throat, writing: 'You don't throw it back like that, unless you want a faceful of boiling liquid.' 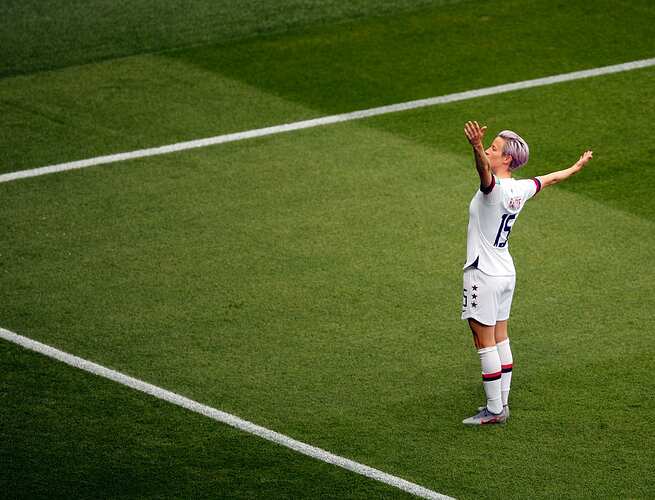 Perspective | The U.S. women are part of a movement. They won’t be the only...

A female-driven era of sports activism is gaining momentum, and change has already arrived.

"And so the athletes compete, on the pitch, in the courts, sometimes beyond public consciousness. Right now the women’s soccer team has the spotlight. Sometimes it is Serena Williams or Maya Moore or Aly Raisman. The U.S. women’s hockey team won a gold medal during the 2018 Winter Olympics while proclaiming its desire to be treated better. WNBA players have similar demands. All female athletes demand greater protection from predatory doctors.

This is their time. With every bold act, with every display of strength, with every exhibition of excellence, the intensity of a new movement increases."