I’m glad there is something to the the series, I guess I won’t avoid all of them like the plague. The Knights of the Word look kind of fun.

Yoy can stop right there and it’ll be a finished story. Books 2 and 3 fall off a bit. (Or a lot depending on who you’re talking to)

I’ll warn you, they are a product of their time, I’ve reread them a few times but not in the last ten years or so. My rose colored glasses may be a bit redder than most.

I did fully bail on the series around when the Jerle Shannara came out, (book 9 or 10 in the main Shannara series, not including Knight of the Word). It ceased to vibe with me around then. I think he’s at around book 20 now?

EDIT: Wikipedia puts them around 40 books, what the hell Terry Brooks!

I read a bunch in highschool and they were perfectly fine then as Tolkien adjacent stuff with the hinted at nuclear apocalypse past being an interesting wrinkle in the setting. I’m sure if I re-read them now I’d probably be really bored like I am with most fantasy these days in comparison to sci-fi. I’d still recommend them as its a stack of books with decent writing if an uninspiring setting to recommend to teens hungry for books.

The TV show for it portrayed it as being very invested in the teen drama stereotypes. Did the books have that too or was that MTV artistic license taking the reins?

I don’t recall all the teen drama nonsense, no.

I also read a bunch of pulp sci fi books in high school that looking back are pretty objectively bad, but I really enjoyed them at the time.

As mentioned previously, I decided this winter to read the Harry Potter series. Despite having been the right age at the time, I never was into the series in my youth and have neither read any books before or watched any of the movies. Of course I knew the rudimentary things about it through sheer osmosis, but none of the details other than “Snape kills Dumbledore” which was all over the internet when the sixth book came out. In any case, after having seen the larger cultural impact it has and still does on my generation, I thought I should finally get around to it. I read the first book earlier last year and wanted to read them with some time in between, but then thought I should just push through. Yesterday I finished the last book.

Overall I had fun with it and can see the appeal. The escapism is nice and there is some nice and interesting lore interwoven into the series that can be explored. There is of course the aspect of escapism that permeates the series, of going somewhere to explore new things and be largely different from the mundane. Another aspect I like about the series is that it shows the unfortunate or bullied to grow and change and take charge, sometimes with help.

Where the series however suffers overall is I think the characters. While it has a large roster of likeable and interesting characters, particularly for the villains it also dives deep into cliches and stereotypes. However, the biggest issue I have is with the title character himself. While of course you can’t expect a teenage boy to be a fully fledged emotionally stable and permanently aware, he also routinely fails in really dumb and unnecessary ways where it seems he doesn’t learn or improve. In fact, it rarely seems like Harry as a character uses most of the opportunity he is given or even shows much talent for being a wizard to begin with. Particularly egregious are certain plot points that could have easily been avoided or improved with just a little trust and communication. I guess failing there could be chalked up to a history of being bullied, undue expectations being placed on him, and potentially suffering from PTSD, but that is also not exactly made clear either. What’s worse is that particularly in the 7th book these plot points then have to be resolved with tedious deus ex machina.

Similar things could be said about other characters, particularly Ron. While I liked the dichotomy between Harry’s friends with Hermione being the book-smart but also passive voice of reason, while Ron being the active but also reckless man of action, later in the series Ron just seems like a really unlikeable asshole at times. Again, you don’t expect a teenage boy to be fully emotionally mature, but over the course of the series Ron seems to get worse instead of ebb and flow in that regard. You could also see that in the light of being the youngest of six brothers and having had to endure particularly Fred and George’s teasing for years, but that doesn’t exactly excuse it either.

There are also things to be said about some very troublesome uses of folklore, particularly the goblins, and the outright callousness in the last book of killing of characters for little value other than upping the drama, but I don’t want to make this post too long.

Or maybe I’m had just placed too many expections into a series that is after all children’s books.

I made a pilgrimage to the shop I used to patronize in College. They sell new/used SF/F books and tabletop games. I got a few books.

TekWar was amusing, and shows its age. I never need to read another Shatner novel.

Enchanter by Sara Douglass is a 650+ page monster, book two in a series of six. I understand why I stopped, now.

The rest I haven’t touched, yet.

I started, and dropped, reading The Sun Also Rises by Ernest Hemingway. It’s not that long so I can probably power through the back half of it in an afternoon, but I don’t know if I want to spend that time when I have two other fiction novels to read.

Winter Tide is so damn good.

The pitch you give normies to trick them into reading a good book is “It’s Shadow Over Innsmouth, but from the perspective of the Deep Ones”

The real pitch for this book is it’s about minorities, othering, and the repressive atmosphere of America. It takes place post-Shadows Over Innsmouth, post WW2. Innsmouth was raided and the survivors sent to the same concentration camps as the American Japanese. It follows the remaining survivor and her brother trying to maintain and reclaim their heritage while fractious American politics atomizes them even as it demands their assistance. There is a beautiful struggle as all these factions which cooperate despite mutual hate, both justified and unjustified, seek to balance their own cultural survival against the need to cooperate against larger threats.

I really can’t recommend this book enough. My only warning would be that if you are completely unfamiliar with Lovercraft’s work, it will take a larger investment to understand what’s going on, but it’s nothing a wiki won’t solve. 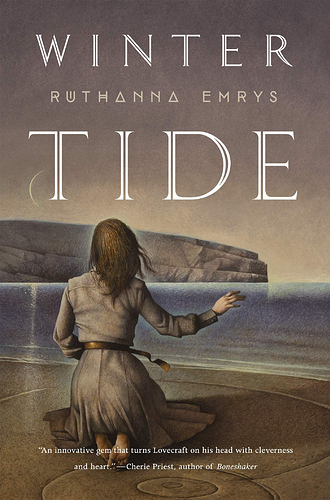 Almost done with Fear and Loathing in Las Vegas. I feel like all of Hunter’s works exist on a continuum between Hell’s Angels and this. While Hell’s Angels is actual journalism, Fear and Loathing is just straight Hunter insanity. Some of it is pretty scary but at other moments it’s pretty funny. My favorite section might actually be the discussion with the taco store employees just because it’s the only part I believe happened a full 90%.

Just finished The City We Became by N.K. Jemisin. It’s very much in the genre of “New Yorkers think they’re the center of the Multiverse.” And it’s a book by Jemisin, so it’s fantastic. Only the first book in the new series; I’m interested to see where it’s going.

The City We Became is near the top of my queue. I only hesitate because maybe it’s better to wait for the full series to be out.

No, just read it. N K Jemisin usually writes novels that are complete stories, even if the first in a series.

I’m reading The Sword of Shannara by Terry Brooks, through Audible… I hate it.

I really enjoyed the Heritage of Shannara* books and the Word and Void books**, but TB’s very first novel is painfully paint-by-numbers and and ticks every cliche of Tolkienesque High Fantasy*** -Euro-style cultures, an all-male cast, ancient prophecies, one wise old man who has all the fucking answers, The Dark Lord™…

Brooks has written over two dozen Shannara books, I do not believe I will complete this trilogy, and I will not attempt any of the other Shannara Series.

*The original “Sequels” -perhaps kid-brain got the better of me.
**Which were originally not part of the Shannara cycle of books.
***I enjoy High Fantasy, but this book isn’t even trying.

I don’t blame you, especially for that first one, The Sword is very much a product of the time it was written in, 1977!. That said, the rest of the novels get progressively better, even the 2nd and 3rd books of the first trilogy are pretty good (my personal fav of the 3 is the 3rd one). The rest of the books deal less with the blatant Tolkien rip off and more to with with the set up for the Word and Void books and the Heritage ones as well.

Long time fans of Brooks knew Word books were part of the Shannara world, it was pretty obvious.

Unsure where this should go but this seemed best since we don’t have a book/author news thread. 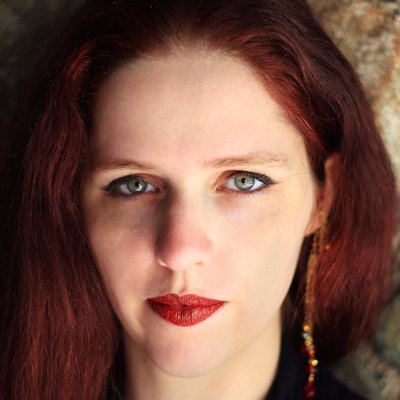 I kept my mouth shut about this for a long time, but in light of recent revelations about other abusers in SFF, I'm going to talk about mine. For several years, I was groomed and abused by Scott Lynch and Elizabeth Bear. Please find my statement here: alexandrarowland.net/single-post/20…
zehaeva July 1, 2020, 11:21pm #301

I just finished all the Frank Herbert Dune novels, I have a lot of thoughts that will take a while to straighten out. I’ve been kind of mainlining them pretty hard for the last month or two.

I’m not sure if I’ll read the 7th book just to get the full “story” or if I’ll just leave it at this.

Leave it! Don’t bother with anything by not-Frank for a good few years. That way the original author’s work and intent will be solidified in you mind before being sullied by garbage with Kevin J Anderson’s name on it.