The more I hear about the game industry, the worse it gets.

Ubisoft last year was subject to a major scandal wherein upper management knew about sexual abusers in its ranks and a completely fucked office culture, and did nothing. Today news broke that the State of California is suing Activision Blizzard for similar behavior. The stories that are listed in the court filing are just astonishing in their depravity.

Just what in the fuck?!

Capitalism is exploitative by nature, but I have long thought there was a particularly sinister undercurrent in those manifestations that seek to make money on hobbies.

When I was growing up, a lot of tech-savvy nerds dreamed of making video games. “How cool would it be to make and play video games for a living,” thought many a naïve adolescent. The reality is far less glamorous, of course, but I remember towards the end of my tenure at RIT that there was a growing push for a “Game Design” major - which is ludicrous because “Game Designer” isn’t really a single role, but passionate nerds wanted it so the college was happy to throw together a curriculum to take their money.

You can get away with a lot if you dangle someone’s passion in front of them. You can hold their dream hostage and dole it out little by little, promising that if they just keep pushing through the suck, they will be rewarded. It’s an entire industry that takes goodwill and inspiration and throws it into a furnace because it can. And since people will endlessly chase the carrot, they’ll overlook all the potholes in the road along the way.

Creative fields everywhere suffer from “hustle” culture - crunch time and working for “exposure” and getting away with bullshit because people love what they do. And then some soulless business owner sees that passion and thinks “I can exploit this to make a buck.”

That’s the root I see. It’s a common problem, certainly, but I think the video game industry in particular has developed an entire culture devoted to exploiting its own fanbase with dreams and opportunities.

This is a timely thread to drop this into. 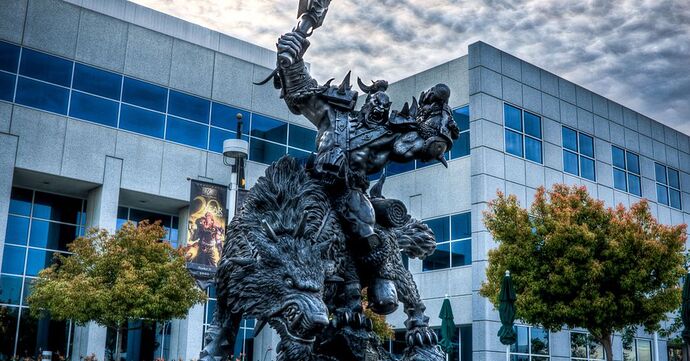 California sues Activision Blizzard over a culture of ‘constant sexual...

#MeToo at one of the industry’s most beloved studios

Don’t forget about the crunch and massive layoffs they done once a game is complete. The more you look into the industry the less you will likely want to play games.

I’ve seen an article talking about, and making what I thought was a valid comparison to the movie industry: many people coming together to complete a single project then mostly separating.

The difference being guilds and unions, and the idea of a “company” only existing long enough to create a project, then dissolving and people moving on.

Add on thewhaleshark’s point about money trying to siphon energy from passion, and you get a pretty efficient engine of exploitation.

Even in film there’s still exploitation and desperation of the common type simply because there can only be x roles cast and there factors bigger y of potential wanna-be actors. Guild membership is very narrow for any of the creatives involved and can take a long time unless you fall into stardom/are discovered.

I think simply put you shouldn’t do something like that unless you would be broken otherwise. I went to school in undergrad for screenwriting, enjoyed it, and learned a ton of related technical skills in film & video. I was never hungry enough for the creative output to make working a service job in NY or LA worth the sacrifice to me personally for 5-20 years while trying to break in. Just work a normal boring job that pays well and do that stuff on the weekends/as a hobby. Every idol has feet of clay. 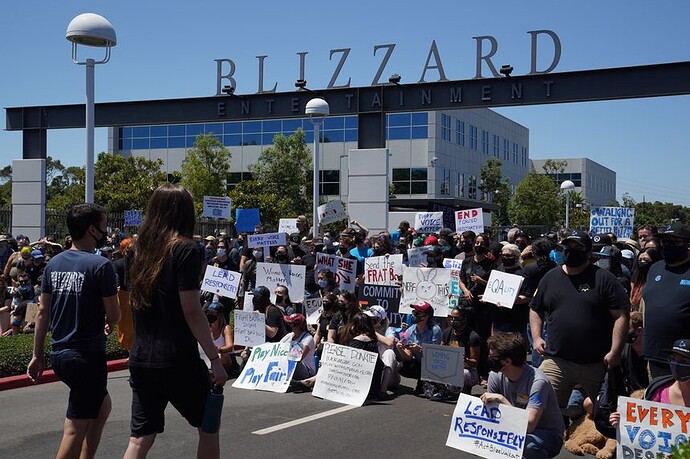 If Activision Blizzard wants to change, it must fire much of its executive team.

Its C-suite is thoroughly polluted with the wrong people.