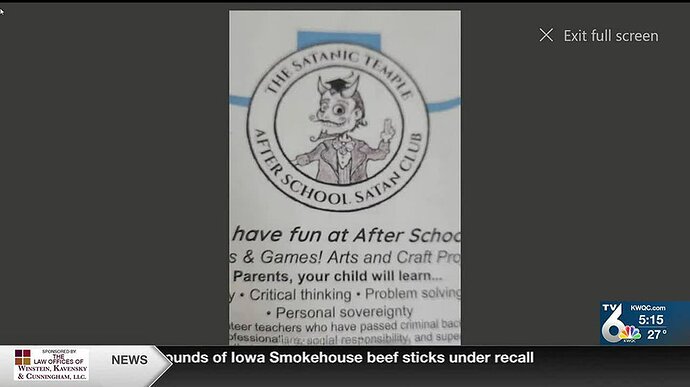 An Illinois school district has released a statement in defense of an an after school "Satan Club" after flyers promoting the club surfaced.

This is an elementary school, BTW. 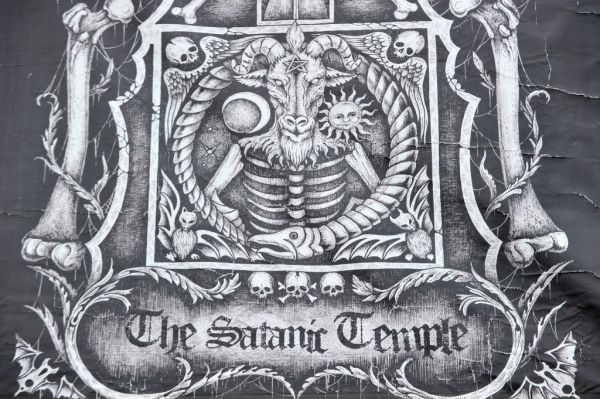 Dammit! Not even the Church of Satan OR the Satanic Temple are free from racists and Nazi connections!? They get around everywhere! 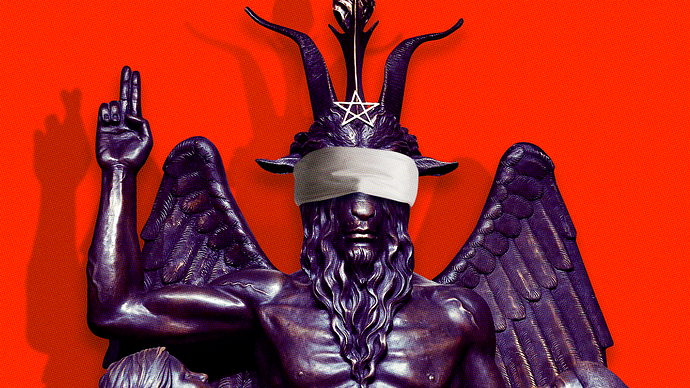 Don’t Count on the Satanic Temple for a Legal Abortion

The organization claims religious exemption for its members as they pursue abortion care. The reality is much more complicated.

Yeah, some more detail in this video too, though it predates the current situation. In short - Satanic Temple is really not a good organization at any level. 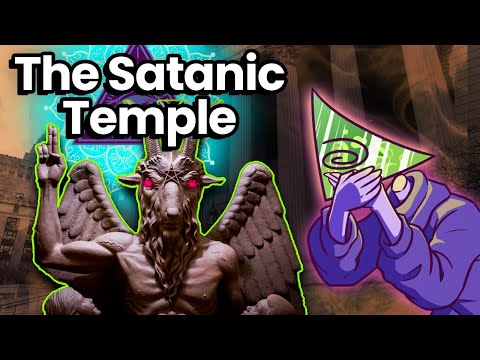 The fundamental game the temple plays of challenging separation of church and state is good.

We need this to happen more often and in more places. It only happens in a few places here and there. I believe it would be quite effective if most attempts to introduce Christianity into a public space were confronted by some Judasim, Islam, Buddhism, Sikhism, Paganism, etc. also entering that space. If we’re not going to get all religions separated, then getting all of them integrated is a good counter-attack.

Disappointingly, The Satanic Temple that does a big show of this tactic here and there is otherwise not a good organization.

Disappointingly, The Satanic Temple that does a big show of this tactic here and there is otherwise not a good organization.

I would even argue that even inclusive of that, it’s not a good organization, considering that they seem to primarily get into these matters for fame and profit. It is better than not at all, granted, but that’s kind of like saying a shit sandwich with crusts is better than without, because of the greater bread-to-shit ratio - technically true, but you’d still rather not eat a shit sandwich.