The Latest Episode of South Park

The latest episode of South Park

So, I just watched the latest episode. It was funny and yet it was so wrong. And yet funny.

South Park restarts tonight. They are taking on the nazis.

In “White People Renovating Houses,” “protestors armed with tiki torches and confederate flags take to the streets of South Park

It’s that time again where I temporarily pay for the ad-free Hulu.

This new episode is not on par with the epicness of the past few seasons.We’ll have to see if it goes somewhere.

I really get the impression that they are struggling to find their feet now that the absurd picture they painted has become reality.

They thought they were comedy, but they were speculative fiction all along.

It must have been bloody stressful in the writers room.

OK, this episode just got way funnier now that I see how it went for people who actually had Amazon Echos. 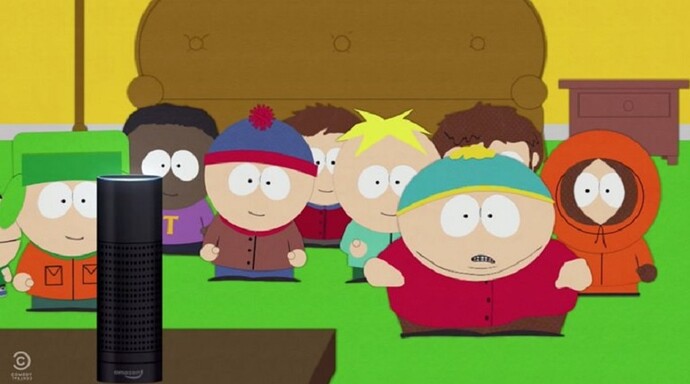 The 'South Park' Season Premiere Set Off Everyone's Amazon Echo, And Here Are...

It's hard to believe that Trey Parker and Matt Stone didn't know exactly what they were doing with Wednesday night's season premiere of South Park.  This

You think that’s why the audio mixing was fucked this episode?

When they started doing that at the beginning, I preemptively unplugged my Google Home.

I’m so done with South Park after this season. It hasn’t even been all that bad, but the broad strokes don’t work here.

Apparently the season is over? I thought there would be more. It did feel like an ending, but not enough of an ending. Next season has to pick up right where this one left off.

Kind of a weird season overall. It concentrated way too much on Cartman and Heidi’s abusive relationship as a not at all subtle metaphor for the relationship between Trump and his supporters. Overall it was not as funny as previous South park seasons. They have the same brand of humor, but there used to be an overall positive vibe. This season was really dark and bleak. A vague sense of doom and gloom hung over everything. Did not make it that fun to watch.

Cancelled the Hulu for another year. It’s Netflix time.

Didn’t realize South Park is back. 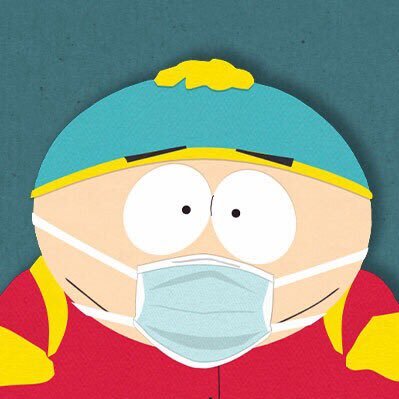 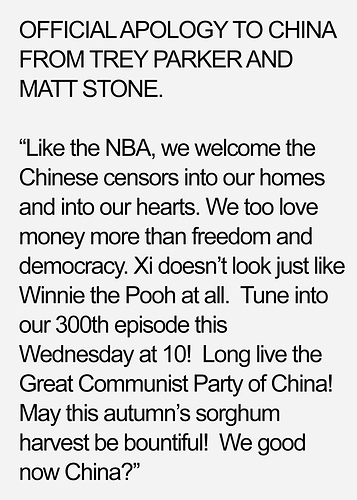 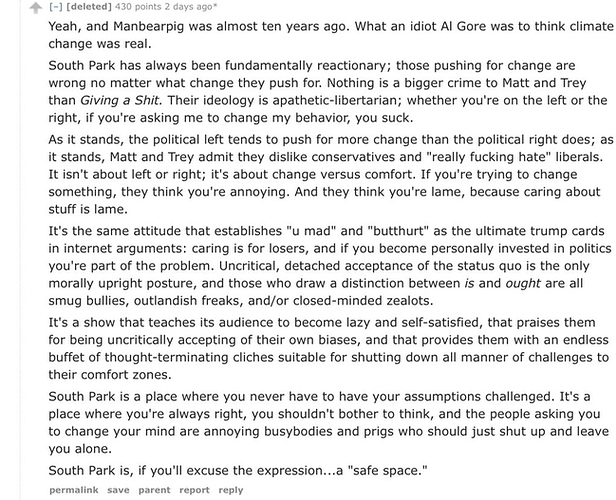 Well, not “happy” in any case.