We had a thread for shitty Youtubers, but not for similar bad situations in gaming communities, and I want to talk about this situation: 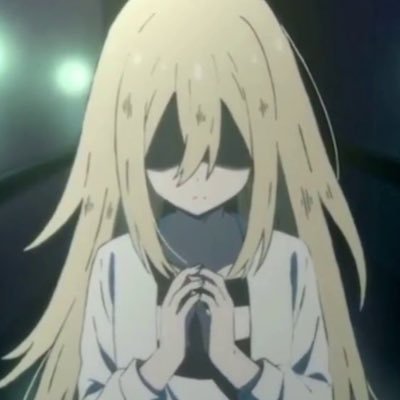 pineapples are an undefined shape (LilyVGC)

nvm. final tweet from this account. I will either be done with smash or begin competing under a new name to avoid this attention i've gained. I will stop streaming and find my path by myself. Do not expect me to be bocchi anymore. I'm done. If i do come back to the community

Here’s the story as I can gather it. This 15 year old girl named Bocchi plays Smash Bros. and mains Isabelle. She was so legit that she beat one of the top 10 best players. This resulted in lots of attention and harassment. In order to escape the onslaught she has abandoned her name, the community, and streaming.

Wasn’t this the same community that sent death threats to a guy for getting a timer stall victory?

I haven’t heard about that incident, but would love to read about it.

Here’s Zero, one of the best Smash players, breaking down the match. You may remember when Smash Ultimate came out I used Zero’s tutorials as TotD.

Apparently I exagerated, it was just a lot of boos, snarky comments, and his opponent rage-quitting mid-match: Melee Player Quits Match Over Opponent's Jigglypuff Stalling

Fighting game community writ-large has a lot of terrible behavior when it comes to stalls/timeouts. Its a 100 percent legit strategy in every game, but its not exciting so the spectator side of it seems to throw hissy-fits.

Overwatch has a pretty toxic community. Lots of denial of sexism and abuse. I honestly think YouTube and Twitch make the game worse because a bunch of edgy baby-men whine about the game being dead and then their fans echo them in-game and on Reddit. Just tons of nonsense.

I honestly feel any team-based game that is in that same size range (3-10 players on a team) is just going to have toxicity because of the people who think they are good but are actually bad that Rym and Scott have talked about at length. Its a small enough number where its very easy to flame someone else (vs a 30 and up team in a larger multiplayer shooter) and the ELO ranking that goes along with it just fans the flames.

Overwatch has a pretty toxic community.

Playing Overwatch regularly, I rarely/never see that in Competitive or Arcade. And I play a lot.

Of course, I don’t in any way interact with a “community” outside of the game itself.

This is my experience too, and not just Overwatch but other game and media fan communities. There’s people who play Overwatch and The Overwatch Community. Theres people who watched Steven Universe and there’s The Fandom, etc. The former is usually chill, the latter is almost universally a minefield at best and a cesspit full of mines at worst.

Well that’s the thing I find weird about the terminology of games. I saw a game developer saying, “thanks to our community for helping us find these bugs in our pre-release game” and all I could think was “that isn’t your community, they are your customers!”

I think many games have player-bases which are distinct from the community of that game. This was illustrated by the DnD discussion a while ago. Lots of people play the game but aren’t part of any community around it, and a lot of the community around it don’t even play it that much. But they do watch YouTube videos, listen to podcasts, are connected to whatever scene there might be.

With PUBG there are loads and loads of people who play the game who don’t care at all about the “community” while lots of people watch the streamers and buy the merch who might not have played the game for a year. They know all the big names, watch the twitch rivals tournaments, but aren’t part of the player base.

I see those people mostly in low-to-mid silver. People are chill above that for the most-part. I’ve never seen what it’s like in bronze, so I have no idea.

But 90% of the games I play in competitive, my sole complaint is always exactly the same thing. Every time.

A group of two joins the team, refuses to join voicechat, never responds to text chat, and just plays silently.

That is awful in a competitive game where teamwork is crucial. It’s always the same pattern. It’s always a group of two. Sometimes they pick good complementary comp, sometimes they don’t. But they never communicate with the team in any way at any point.

I’d pay extra for a mode where you had to join voice chat to play.

I play OW comp around the high silver/low gold range. While I would say that in-game toxicity has gone down a lot since launch, I definitely encounter it. Part of that is possibly because my wife and I duo a lot and sexism sucks.

@lukeburrage I like this point, though. I do tend to see a lot of people in the OW subreddit say things to the effect of “game dead/trash, haven’t played in a year lul” and it is entirely coming from streamers/YTers.

I’ve definitely seen what you mean in subreddits. LOL subreddit has people in it who stopped playing years ago, I feel like the inactive players outnumber the active players in that subreddit sometimes.

I would never go to the subreddit of any game I played or enjoyed. That’s like putting your finger in a mousetrap on purpose.

I’ll go to a wiki/wikia, but that just replaces gamefaqs.

I think many games have player-bases which are distinct from the community of that game.

Hm I dunno, sounds like fake news. I mean, could you imagine a community centered around a podcast whose membership mostly doesn’t listen to the podcast? Inconceivable.

podcasts would be a little farfetched, but for video/tabletop games abso-fucking-lutely. Youtube is flooded with pedantic recordings of every little in and out of a game just so that people can participate in the community dialog without even playing it.

I don’t actively lurk there, I just used to go for the drama scene around the pro play that was there to laugh, but any actual discussion of the game’s balance, teamwork, Rito, etc. just was terrible as you might expect.

Reddit in general is a magnet for low information, high output posters wagging on about everything. Even subreddits for games I love that are single player are just terrible so a wholly agree.

I see those people mostly in low-to-mid silver. People are chill above that for the most-part. I’ve never seen what it’s like in bronze, so I have no idea.

Imagine what you see in low to mid silver, double it, then remove all potentially useful communication and replace it with more toxicity. Between that, and never quite being able to climb out of bronze(okay, that makes it sound more grandiose than it is, I’m so bad I managed to drag a friend down a comp tier by playing my qualifier matches with them), I straight up quit overwatch, and want almost nothing to do with that trashfire.
You ever had a 20 year old dude screaming slurs at you for not following a strategy he never actually communicated, while picking a character outside of a meta(which he also never communicated) he saw in a pro match once, and then throwing the game on purpose because everybody ignored the extremely hostile advice mixed in with the slurs? Because that shit isn’t even THAT unusual. And let’s face it, I’m a dude. Let’s not even talk about how it went the time I let my sister play on my account.

I can tell you the last time I played an actual game, because it was during the BD4PP stream in November last year. Before that, at least 9-10 months, I think. I basically only play the PVE events, and even then, only when I remember/can be bothered. And I turn all the voice comms off and ignore the text chat, because the sheer overwhelming toxicity of the community has made it not worth it, and pretty much poisoned the entire game for me.

Same shit happened with Rocket Leauge - I wasn’t nearly as bad as I was in overwatch, IIRC managed to hover in the silvers playing not-terribly-regularly or seriously, but after I think the fourth game in a row getting matched with different people who were just abusive assholes who think they’re the next Kronovi, I finished the match(we won), uninstalled, and never looked back. Never even thought about re-installing it.

Edit- Actually, I’ll be honest, not only has overwatch pushed me out of overwatch, I’ve noticed that since I quit overwatch, I tend to play more and more games solo. Monhun, Destiny, MMOs, Deep Rock Galactic, you name it. The more I enjoy a game, the more likely I am to go solo/friends only, just to avoid having another overwatch or rocket leauge, where toxic assholes make me hate playing the game. Maybe it’s nice in the rarified air of double-secret triple-plated platinum or what have you, but a game being so toxic it puts you off playing with pubs in completely unrelated games is so fucked that it’s practically an achievement.