I wanted to share some articles and this issue has become prominent enough to have its own topic.

First is this article on Calvary megachurch’s founder being accused of molesting a 4 year old. 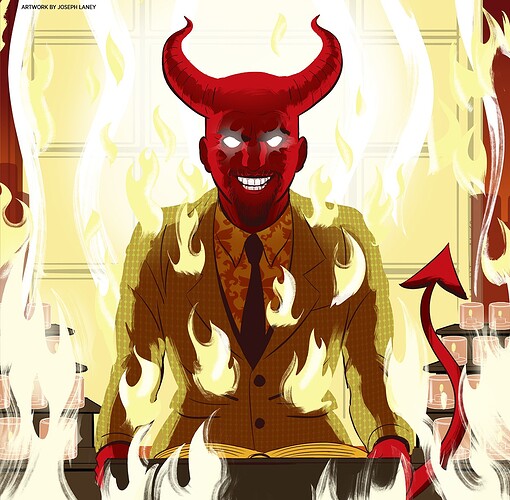 The call came from California. A woman told Coral Springs Police she had recently learned something terrible: A South Florida man had molested her daughter for years. It began when the girl was just 4 years old. An officer noted the information and...

Which is bad enough as it is but here’s this:

Indeed, police records show no progress on the case until eight months later, on April 4, 2016, when Coy’s young accuser showed up at Coral Springs Police headquarters. She told Payne she was “moving tomorrow [overseas] on a mission trip with the church, and asked if it was possible to destroy any record of [her] abuse,” the detective wrote in a closeout memo. The woman told him “she had an experience with God and has found forgiveness” for Coy over his abuse.

I spent a good portion of my childhood in youth groups and I’ve always found this concept of forgiveness to be incredibly frustrating to listen to. Every time sometime bad happens in America, victims are expected to forgive the perpetrator if not for their sake then for themselves. I don’t think forgiveness is a necessary part of the healing process. Fuck them, they wronged you and you don’t have to forgive them to move on with your life. Too often, shit like this happens where the lack of forgiveness itself is seen as a sin and victims are pressured into forgiving.

The second article talks about the appeal of “Creepy Christianity”

The cult of Christian celebrity and the quest for certainty give rise to men like Roy Moore, and profoundly damage the Church.

Full of false pride and foolish arrogance, they push their flock to the edges of community life. They glory in their extremism, calling it “righteousness” and “holiness.” But for all their rules and all their self-proclaimed righteousness, these men are still susceptible to temptation. Women, especially young women, taught to trust and even revere them become targets for exploitation and abuse. A powerful Christian can have an almost Weinstein-like hold over the young women in his orbit. He starts to act entitled. He becomes an aggressor — then, a predator.

If you’re spent any time in youth groups, you’ll completely understand how easily a predator can abuse his position in the church. There’s no one more fearful of hellfire than a super devout teenager girl and they become vulnerable to being shamed in silence when abused.