Power Grid Terror in the US 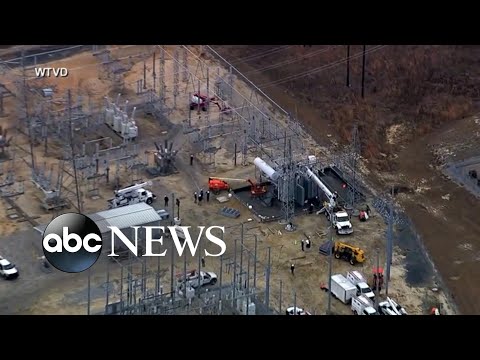 Hopefully the investigation turns up something.
At this point I’m not really expecting to ever find out what happened with the California one a decade ago:

On April 16, 2013, an attack was carried out on Pacific Gas and Electric Company's Metcalf transmission substation in Coyote, California, near the border of San Jose. The attack, in which gunmen fired on 17 electrical transformers, resulted in more than $15 million worth of equipment damage, but it had little impact on the station's electrical power supply. On the morning of April 16, 2013, a team of gunmen, using rifles, opened fire on the Metcalf Transmission Substation, severely damaging 17...

Weren’t there a handful in FL a couple years ago, I wanna say maybe central FL-ish, like Tampa/St Pete area?

It seems like the Right is pivoting to EVEN MORE domestic terrorism (which they likely won’t face appropriate penalties for). In fact, I would be 0% surprised if they pivot to attacking water sources in CA.