Be aware, as I just learned, that the workers at seven Boston hotels have been striking for a living wage for the past four weeks.

This includes several of the hotels close to the BCEC, including the Westin, the Aloft, and the Element 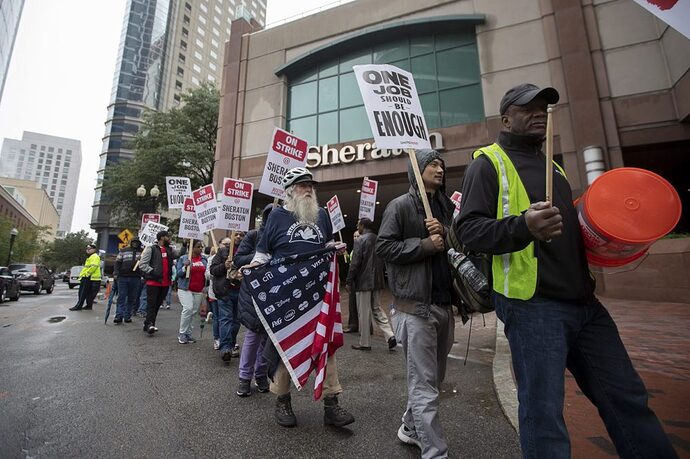 1,500 Workers At 7 Marriott Hotels In Boston Go On Strike

The union representing the workers says it's the first hotel strike in the history of Boston.

Connections Housing starts finalizing reservations on March 7. I made an additional reservation at a hotel whose workers aren’t striking, and will wait until March 6 to cancel to see if Mariott actually negotiates.

No way I’m walking through a picket line for PAX.

What’s the closest hotel without an issue?

The Seaport and the Renaissance.

My current backup is Omni Parker House on the other side of the river. Gonna need a shuttle bus, but I’ll make do if I have to. I’m still hoping that Marriott negotiates, but I’m willing to eat the inconvenience.

Seaport has never, in all the years I looked at it, had rooms Sunday night. Never once. One year we even fucking moved hotels Sunday…

I might break a strike line rather than deal with commuting in… I’m Enforcing, so I’m not out the door until after midnight…

Hotel shuttles run from 8AM-1AM. I will wait for a shuttle and limit my daily carry to what fits in my backpack rather than break a picket line.

I’d really rather have a Westin room, just not while the workers are striking.

Oh, this strike is happening now. PAX East is months away.

I confirmed that there are no close non-strike hotels with availability.

Don’t want to cross the line, but I think it’s a safe bet the strike will be over before PAX. It’s not a NY Spectrum situation.

Don’t want to cross the line, but I think it’s a safe bet the strike will be over before PAX.

I really hate to say it, but I’m not booking a non-strike hotel if this actually happens. Not unless I back out of Enforcing…

My seaport reservation is coming up roses!

I’m still sorting out how I’m going to balance time off where I get to do stuff I enjoy on my own vs. time off I spend with my kid who lives 500 miles away (FYI, if there’s a conflict, kid time wins). So I’m probably not going to this PAX East unless I can somehow get a badge relatively close to the date when I know what my schedule is more like.

That said, I live close enough that I commute to PAX East, so the hotel thing doesn’t bug me.

I really hate to say it, but I’m not booking a non-strike hotel if this actually happens. Not unless I back out of Enforcing…

If it does come to it, I’ve stayed way out in the back bay before, worst-case scenario, and it was fine. And there are still a bunch of hotels closer than that, just on the other side of the river. 15 minutes on a shuttle that runs until after 1AM for one weekend is several orders of magnitude less disruptive than uprooting your entire life and emigrating if midterm elections go bad.

I’m not cancelling right away for two reasons: one is that Marriott has 4 months to reach an agreement with their workers before they actually take my money and I walk in the door, and two is that Connections still has the room block and would just resell it to meet the infinite demand immediately if I cancel.

But ultimately, I couldn’t justify walking through a line to save a bus trip, at least not to myself. I’m increasingly mad about labor. This is literally the least I could do and it costs next to nothing.

Edit: This probably gets resolved before 2019 anyway, but making for-real backup reservations and avoiding shit-talk and all that. 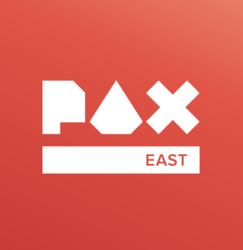 Is that accurate? Are they really the PAX East dates all the way out to 2028? How much can it be trusted?

The North American Smash Bros Ultimate Open Championships are going to be at PAX East.

The numbers for the first 10 were leaked long ago by the BCEC itself. Not sure about the ones after that.

I will go to some of that I think.

I’ll go to it when it’s near the end, assuming it doesn’t conflict.

Hotel strike situation got resolved in November, for anyone who finds this thread later. As I recall, some non-pax event rescheduled to a non-striking hotel and the next day Marriott came to terms with the union

So they announced the performers for pax

Have to say. The doubling down on the RPG live plays though does dampen my mood for the main stage. Nothing wrong with having them, but in the past we would get two solid days of concerts with bands spanning the genres, now we are going to get one with folk, Interactive art, and orchestra.

Thank goodness for the geekbeatradio team providing music in Jamspace.

I blame a combination of:

The single-day-expo-only attendee problem isn’t going to go away, and it’s only going to get worse.