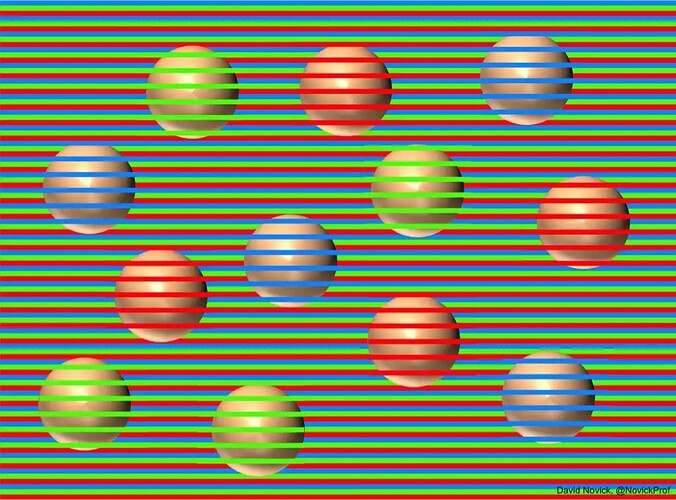 The caption says “optical illusion where several balls that appear to be the same color, actually aren’t.”

But to my eyes, the balls look like they are different colors. I haven’t tested with the eye dropper in Photoshop, but I think this might actually be “optical illusion where several balls that appear to be different colors are actually the same color”

All the balls are the same color. The illusion is most prominent if you look from far away and then zoom in

Exactly. It is the caption that is wrong. Good tip on being far away though, that really made the balls look extremely different.