Alfred! It’s your cousin! Your cousin, MARVIN NOBEL. You know that new science you’ve been looking for? Well listen to this: 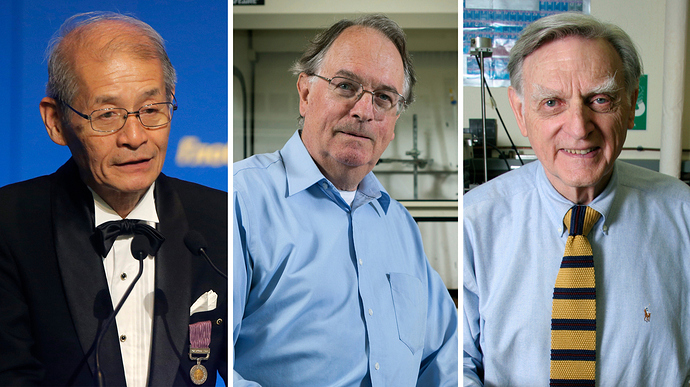 An American, British and Japanese scientist have jointly received the award, according to an announcement from the Royal Swedish Academy of Sciences in Stockholm.

PEACE PRIZE [USA]:
Ethan Beseris, Steven Naleway, and David Carrier, for testing the hypothesis that humans evolved beards to protect themselves from punches to the face.
REFERENCE: “Impact Protection Potential of Mammalian Hair: Testing the Pugilism Hypothesis for the Evolution of Human Facial Hair,” 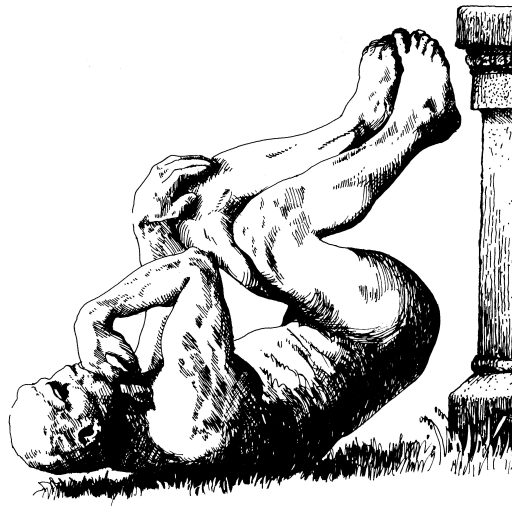 The 2021 Ig Nobel Prizes were awarded at the 31st First Annual Ig Nobel Prize ceremony, on Thursday, September 9, 2021. Each winner has done something that makes people LAUGH, then THINK. Because o…

They gave the prize in medicine to… not the covid vaccine people? 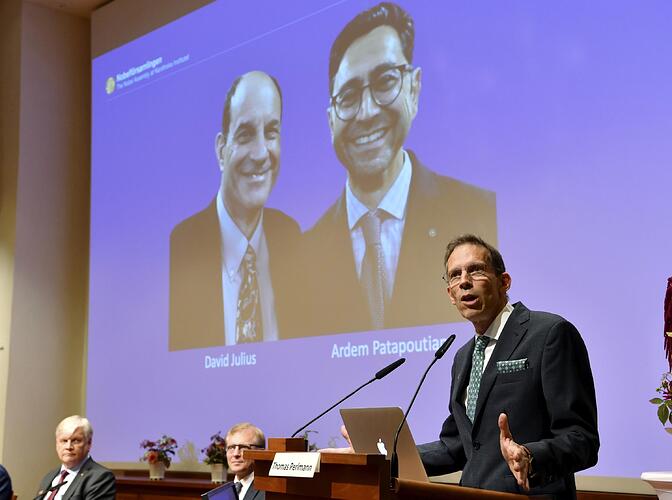 2 win medicine Nobel for showing how we react to heat, touch

STOCKHOLM (AP) — Two scientists won the Nobel Prize in medicine on Monday for their discoveries into how the human body perceives temperature and touch, revelations that could lead to new ways of treating pain or even heart disease. 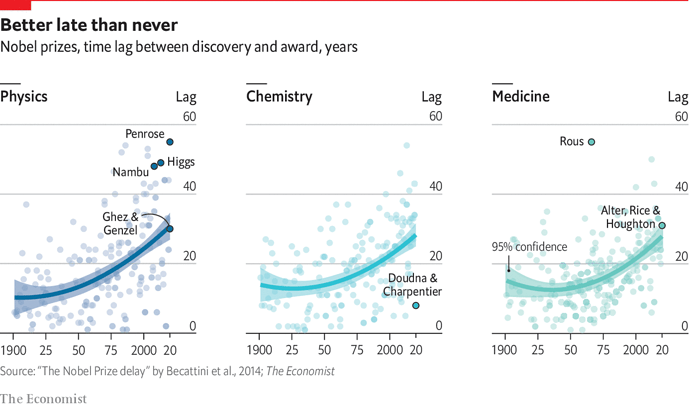 The Nobel prize delay is growing

Scientists often wait decades to be recognised with the prestigious prize

I know there’s often a big time lag. But I would have guessed “miraculously effective vaccine delivered in record time as humanity faces its biggest acute crisis in a century” would be a shoo-in.

I wonder what the committee’s thinking was.

I would guess if they don’t give it to the really old people who are deserving the Nobel, then they might not be able to give it to them at all.

This has happened a few times already. If the wait times are growing then it’s going to happen more and more often.

They give out exactly one award in each category per year. They don’t give the award only to things that happened this year, the way the Oscars only picks from movies that were released in the past year. They simply pick one thing of all the things that have not yet received it and choose the one that best meets their criteria. As more and more scientific discoveries are made, the bar will be set higher and higher. Anything new is competing against everything ever. It becomes increasingly likely that nobody will live to receive the award. The only solution is a systemic change, probably involving some eligibility windows.

Well competing against everything discovered by still-living people. The list will continue to grow but it’ll also experience a lot of churn. I do think different prizes that have different standards of inclusivity and different eligibility windows should be brought into some prominence. 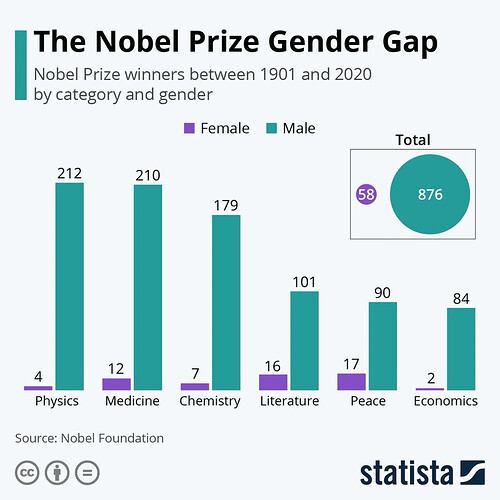 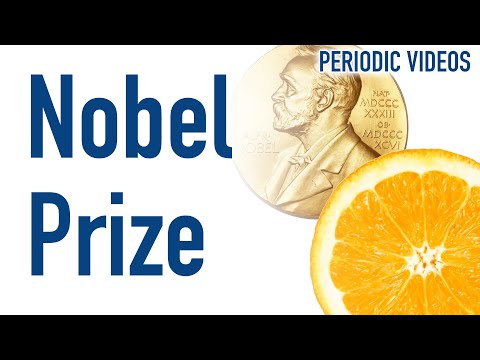 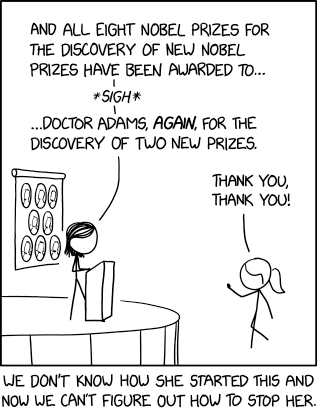