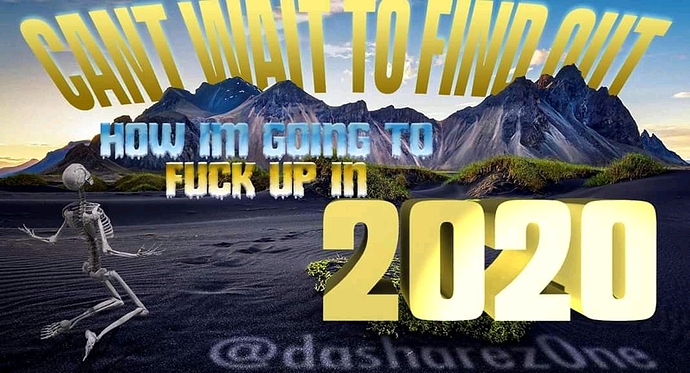 My goal is 10 crunches every day. Small and stick toable 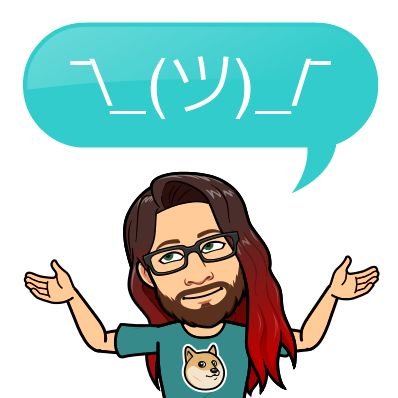 Steve Pomeroy and 🤖 others (xxv)

Steve Pomeroy and 🤖 others @xxv

I have not chosen my theme yet, will decide once I get back from MAGFest.

I’ve been writing tracks every week with the goal of having an album ready, not so much a new year’s resolution since I started as soon as I thought of doing it last year, but the goal is for this year so ¯\(ツ)/¯

Oh, this isn’t my new years resolution (I posted that above) but it’s the reason I made mine so simply achievable.

Since 2009 I’ve typically used my birthday in August as the start of my year for yearly themes or projects. It came from a life reset when I was dumped by my long term girlfriend. Suddenly I had to find new directions in life.

2010-2011 my yearly theme was “year of yes” in which I said yes to as many interesting ideas and plans put to me as possible. This led to big life changes, including my current relationship. And that theme sticking around in my life since then means that when the idea of buying a new home came up, I leaned more towards yes than no, even though no would have been the easy option.

Yearly Themes now seems like a more widespread idea. Juliane and I listened to the Cortex podcast where they go into it deep, and we had a good discussion about last years theme and what our ideas are for 2020.

In this case, our lives are going to have a big reset when we get the keys for our new apartment in the forest. So in preparation for that:

Due to living in the forest but working in the city, Juliane is adding a commute to three days per week. She has settled on “Year of Smooth” as a way to focus on making all the new disruptive changes flow as easy as possible. There’s going to be instability with such a move of location, but keeping in mind there are ways to reduce stress is going to help.

My theme is “Year of Connections”. I’m moving to the country after 15 years of living in a capital city center. I need to make sure I don’t lose my connection to the city and my friends here, even though I’m only moving 45 minutes away. I want to reconnect with other people who are actually still close by but due to juggling my juggling schedule, those social relationships have taken a back seat. With a new training regime in a new place, that doesn’t take up all my evenings, I’m going to make sure I get back to going to shows and events at least once or twice per week.

And because I’m moving to a new place, and not just temporarily but buying a home there, I want to make sure I connect with the local community. That will start off with connecting with the juggling club at the local college, but will hopefully expand more than that. It’ll mean getting more confident speaking German, something not really needed in Berlin but certainly is needed even just 30 minutes away. And also connect with a new juggling scene based in the Katapult juggling training space, which is all people I know but is currently too far away to spend much time there, but is only 25 minutes from my new home.

And also, most importantly, doing my part to make the “Year of Smooth” a success.

This year Is the year of quantity. I got all my shit rearranged last year. Now I’m going to do more shit walk and less shit talk. Quality might suffer, but I have to just create more of everything.

To write something non-technical or at least something fictional this year.

Finish editing my Science Fiction novel and start sending it to agents.

A fictional technical piece would be great.

Train my main character up to fly a titan in Eve Online. I’m thinking a Molok since it has a PC body freezer.

Do you have enough time? It’s been a long time since I’ve played EVE but I recall it being like 2 years of prereqs to get into a titan.

I am like, two months out from having the prereqs done on my main. It’s just getting the money for the skillbooks, let alone the hull, that will suck.

Good luck with it!

Didn’t getting the resources to field a titan used to take an entire corp running multiple space station production chains? Has it really come down that much in cost that its feasible for a lone player to save up for it?

Not gonna lie, I’m in an Alliance that fields at least one, if not multiple, Keepstars in any system we control, and we have an entire region under lock. Even my corporation can afford to pay ship replacement for a lot of situations.

So yeah it’s an expense but we got the cheddar.

It’s just getting the money for the skillbooks, let alone the hull, that will suck.

The way you phrased it originally made it sound like you were doing solo mining runs or pirate missions for the next nth years of your life to build this. Glad you’re in a good Alliance.