Also, remember that this kind of mashup is equally appealing to my brain when it’s purely “classical” music.

Because this album was all over my twitter timeline for a moment this morning, I decided to listen it. The beginnin is really rough. During the first song for a moment I though “this sucks, maybe I should just skip listening this thing,” but I kept going and found that there was some good stuff in there. Overall I enjoyed it, enough to listen it second time. The second listen just confirmed that it’s pretty back heavy, at least for my preferences.

[quote=“SkeleRym, post:17, topic:387”]
It’s interesting, but few people would say that they enjoy it outside of that technical appreciation.
[/quote]What do you call that event horizon? Like so inside baseball normals don’t even necessarily know there’s something to get.

I enjoy the hell out of all of it. For one, just the audacity of the mix. There’s a reverence for the source material in the way an ancient hunter has reverence for every piece of their quarry.

I love how it just punches you in the face over and over with sound.

I enjoyed the album overall, but it’s not the kind of music I can listen to over and over. More something to pop on once in a while when I’m feeling whimsical.

I mean, there is definitely a technical prowess in the sampling, composition, etc. But the insistence on sticking to garbage music from the 90s and 2000s is the most off-putting thing. And the tendency to juxtapose ‘hard’ music with pop just isn’t that interesting. However you dice most of those songs, it doesn’t make them any less shitty. I tend to think this way of most mashups though. The usually focus more on generating nostalgia than they do at being musically interesting.

This isn’t bad, but I prefer Girl Talk for this sort of stuff.

I gave Mouth Silence a listen. It feels like an emphasis on everything annoying about pop music—an audible zoom-and-enhance.

the popcorn and the bodies hit the floor, I

Playing this at a concert would be genocide.

[quote=“SkeleRym, post:20, topic:387”]
It scratches the same itch that fugues do. Fugue is one of my favorite types of music, and always has been.
[/quote]You would enjoy GEB if you haven’t already read it. It’s about fugues. And computers.

Mouth Sounds was also not my jam, but Mouth Moods is pretty great.

A week later, this is growing on me a lot. Need to spend more time with the first two albums.

I forced the entire Tabletop department to listen to Mouth Moods while doing teardown on Sunday. I brought a bluetooth speaker setup explicitly for this purpose. It went well enough that I donated the speaker system to our travelling office supplies bin.

So, I thought I was not going to enjoy this. I was wrong. To be fair I like the first like “song” of the album the least but I just kept it on and it’s like I’ve been on a journey.

We put this on as house music while they were loading the audience for our panel. Everyone who walked in had the same reaction one at a time. 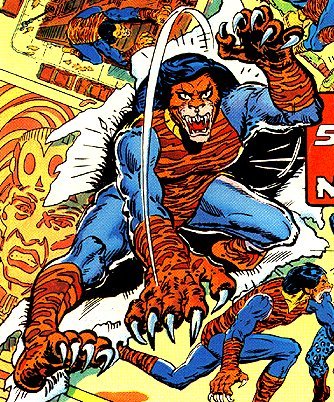 I put this on for Katie last night. Her reaction was, “I don’t really like it, but it’s still catchy.” Her favorite song was Floor Corn.