I was looking for a thread where I could solicit opinions and feedback. There wasn’t one, so I made one.

So, yesterday I posted an episode of Steven Universe Universe that utilized the animated puppet I’ve made for Project Phoenix (my yet unnamed anime review/analysis show). It was my first real live-fire test of it and I think it came out okay.
https://www.youtube.com/watch?v=teaNZaRzZ1Q

Only two short segments were animated and they were done two different ways: the front segment was done without eye tracking, the end segment (starting at 8:53) was done WITH eye tracking. (Eye tracking is when the puppets pupils look where I’m looking during MoCap.)

However, while it came out okay, I can’t say that it looks amazing. I did the best that I could but it definitely feels like amateur hour level stuff and, honestly, I don’t know if I’m okay with that. I like to put out content that looks professionally produced. Every new show I’ve put out has been getting consistently better production values. We went from foam core taped to the walls to a built and painted set; normal, residential level lights to uniform lights with a high CRI; better camera, better lens, better teleprompter, better audio setup… I’ve made home made motion graphics and made deals with musicians and labels to license music.

Trying something new is always a risk. I know this. Character animation isn’t something I’ve done before and I can’t be awesome at it my first go. I know this too. But here’s my dilemma: Is it better to try something new and produce a mediocre product that MIGHT get better over time or stick with what you know and make a solid product? Is it better to work from my strengths or start from a weakness and build a new skill?

I’ve been working on this puppet and his virtual set for the last 4-5 months(-ish) and I’ve got the mechanics of how the puppet works down pat. What I lack is the artistic skill to make it LOOK better. Yes, I COULD take the time to develop that aspect, but in the mean time I’m sitting on a show that is already just about ready to go. If I go live action on Project Phoenix I’d be shooting at a different set from the one I use for SUU just so it looks different but it would very doable since I’d essentially be using the same workflow as SUU.

BTW, I hadn’t fully read the survey options before I clicked. It took me by surprise since I wasn’t expecting it, so that’s not really my final answer.

Your vote is showing correctly.

Not for me.
15 characters

The puppet is pretty distracting as a result of its constant movement. I say just stick to live action.

[quote=“VictorFrost, post:1, topic:774”]
But here’s my dilemma: Is it better to try something new and produce a mediocre product that MIGHT get better over time or stick with what you know and make a solid product? Is it better to work from my strengths or start from a weakness and build a new skill?[/quote]The title of this thread seems to be asking for art critique, but as far as I can tell the core question you’re asking isn’t so much about the art as about what your priorities are. You say “MIGHT” get better over time, but the real question in that regard is not whether you’ll get better, but how quickly and how much you’ll get better. That said, right now it’s clear your animated puppet is definitely lacking, and you know that right now you can put out a much better product if you go live action. As you’ve said, you like to put out content that looks professionally produced, and it’s not just a matter of feeling good about what you do; obviously it also matters in regards to actually having that product get an audience. In the end, the decision comes down to a tradeoff between making Project Phoenix as good (and successful) as possible now, and the possibility of bigger and better things in the future due to having improved your skills.

I can’t really speak to the relative importance of the two sides of that tradeoff, since that’s something you clearly have to decide for yourself. That said, as a general piece of advice, building a new skill is a good thing. Broadly speaking, people are probably irrationally averse to learning new skills, so for most people it’s likely a good idea to self-adjust in the direction of learning things for the hell of it.

Also, I answered your poll, but the real “best” answer I can think of is one you didn’t actually list. It’s a bit more of a compromise solution, which would be to launch the show as being mostly live action, but have a short, discrete segment within the show that features the puppet.

Obviously the downside is you would have to do much more work, since now you would have to combine together two different approaches that don’t have that much overlap. On the other hand, you also get some degree of “best of both worlds” - you get to put your best foot forward for the core of this new show, and you also get to develop a new skill with a much tighter feedback loop than you would have if you were trying to develop a new skill without a concrete project to go with it. 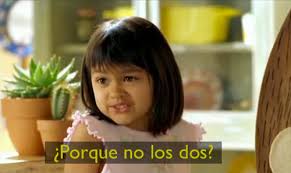 [quote=“lackofcheese, post:6, topic:774”]
Also, I answered your poll, but the real “best” answer I can think of is one you didn’t actually list. It’s a bit more of a compromise solution, which would be to launch the show as being mostly live action, but have a short, discrete segment within the show that features the puppet.[/quote]
Dude. 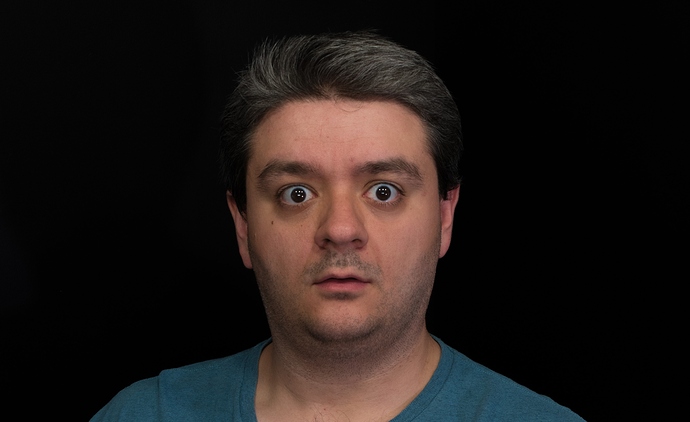 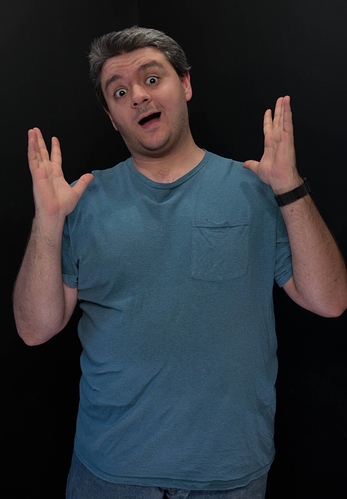 That sounds like an awesome solution! And I already know how I’m gonna use him!

My critique isn’t so much about the art or animation, but your voice and the decision to make the puppet his own character as opposed to an animated version of yourself. If he were just you, just using your own voice would be fine. However, since you went out of your way to state that he is not you, the fact that he still has your exact voice and speech patterns smacks of laziness/lack of creativity (and I know you are neither lazy nor uncreative; that’s just how it comes off from a viewer perspective). As such, I ended up a bit distracted by the dissonance between the intention of character and the lack of character acting.

So if you’re going forward with doing separate puppet segments, my advice would definitely be to make sure the puppet has his own voice. Doesn’t have to be radically different or over-the-top compared to yours, just different enough to make it clearer he’s a different person.

Anyway, I’m looking forward to the project! I’m eager to see what you’ll tackle with it.

Yeah, I had similar thoughts and went back and forth about it, never landing on any sort of decision. I’m gonna make him his own puppet.