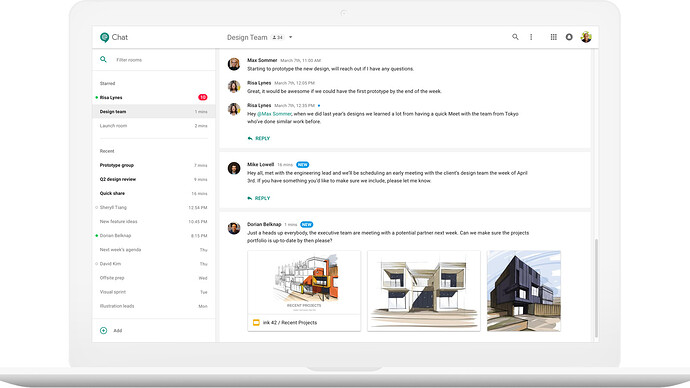 Google Hangouts is getting a major overhaul to take on Slack

Video chat is getting way better, too.

Finally. This is kinda a sticking point for me because I work for a British company and with many of the people I have to coordinate with daily to do my job. We actually end up in a pretty rough spot if slack goes down. Having this at the very least as an alternative is best.

Xkcd made a comic that sums up this episode: 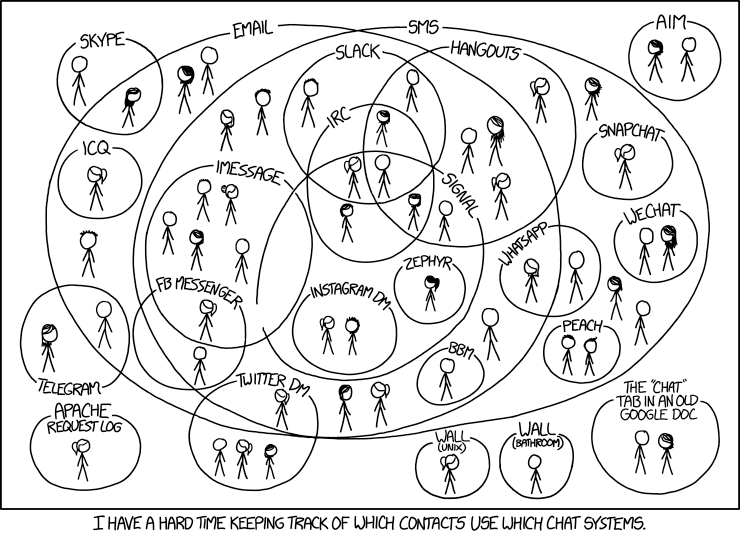 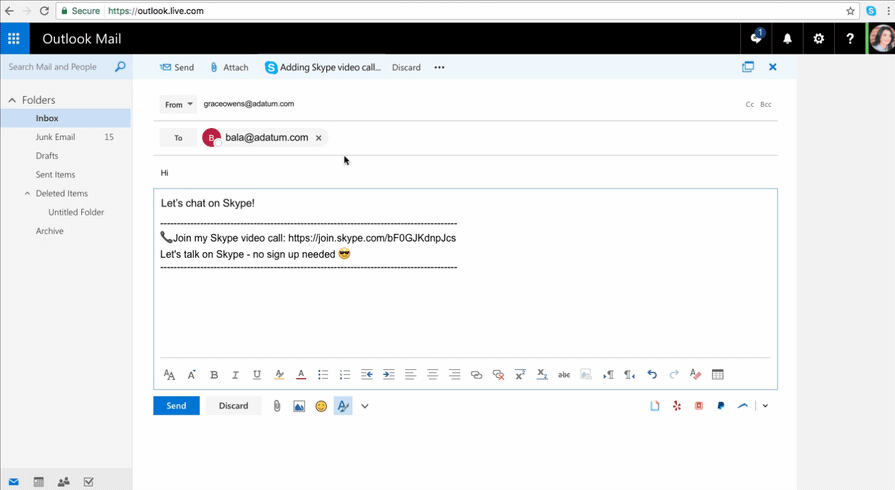 Microsoft published an update for the company's Skype extension for Google Chrome that introduces Gmail, Outlook and Twitter integration.

So satisfying to watch and hear.

My geek crew just ditched Hangouts for Slack, and it’s a huge improvement for our purposes. Channels are great. Inline images and tweets are great.

I really like Slack, but I do not foresee getting a critical mass of my friends to move away from Facebook Messenger anytime soon. Unfortunately it’s the only service that everyone already has, and getting everyone to install and continually use something new seems like a Herculean feat.

I know I’m a weird odd one out here. But friends who only communicate with facebook don’t communicate with me at all. Everyone has learned this. I’m not some… ( I wanna say nazi or facist here but those have meanings that don’t really convey what I’m going for) stickler for a specific platform or a privacy nut.

When we need a group text we use group.me which at least links our phones effectively.

I’ve got a bunch of friends that wanted to go to Discord, which I have issues with over it’s profit model, which last I knew was that sweet sweet VC money, so I found this host your own OSS called rocket.chat.

It’s not perfect and needs a fair bit of technically ability to get everything set up but I like it. Alerts are probably the only thing that’s a bit wonky right now.

Now I have two geek crews using Slack, and I just fell down the irc rabbit hole to consolidate them into one chat interface. So far so good!

I’m in too many slacks. Every thing I interact with is its own slack…

Instagram and WhatsApp are becoming completely integrated with Facebook. They’re basically going to be just different UIs over the same platform. 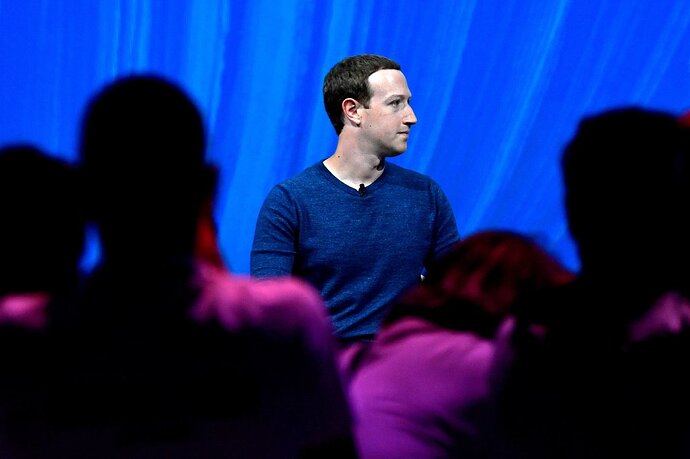 Facebook’s chief executive has asserted control over its sprawling divisions and mandated the social network’s messaging services be knitted together.

I think I’m going to very soon be in a state where I use these platforms in this order:

Sigh. I miss the days of ICQ being terrifyingly full-featured, with the assurance that anyone on Earth I wanted to IM with was also on ICQ. 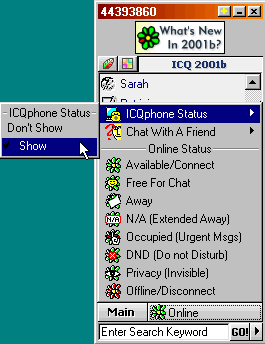 What’s your plan when Hangouts shuts down? Rocking quietly in a darkened room?

With that said, Discord IS pretty neat, even if it’s pretty much just fancy IRC.

The problem with these fancy IRCs is that they do not interoperate. At least on Discord you can DM anyone else with a Discord account, even if you share no Discord servers. On Slack your DMS are internal to a specific slack “server”. And of course, there’s no way to message from Slack TO IRC so you gotta have multiple apps open at once.

I really miss the Gaim/Pidgin days. Just one clean piece of open source software that connected to AIM/ICQ/Jabber. Google Hangout/Chat and AIM had XMPP federation, so you could chat to users on there from your own personal Jabber server. Everything started going downhill when they removed the XMPP federation.

And I use a mix with Slack at work and Discord for stuff like my old college house’s alumni association. Granted, my old house moved to Discord from Slack because of the younger alumni and current members wanting to use Discord.

I think Slack and Discord serve two different purposes, however.

Slack is designed to be more an private chat server that you outsource to someone else. Instead of your company (or organization or whatever) running its own private IRC server, you instead have Slack do it for you. Hence why you can’t message anyone outside of it.

Discord does seem to be more similar to classic IRC where you have a network of networks, all of which can interact with each other.

I am with you on missing the days of XMPP and similar cross-platform compatibility where you can use one single chat app for all. Especially since most of the newer stand-alone desktop clients seem to be silly bloated Electron things.