Homelessness in US vs UK

Can we add the UK to the American collapse? Or maybe just England. There might not even be a UK anymore.

Spin off a different thread maybe? I think that @lukeburrage’s point about keeping topics focused and not having every political topic morph into every other political topic was an apt suggestion.

The UK can join this thread when you don’t even notice school shootings happening there anymore. Or when there is a whole strata of society made up of people living in their cars.

Desperate to stay dry, hundreds living in cars and caravans across UK

A charity says it is "not uncommon" for families with children to live in a car, as rent has risen six times faster than incomes.

Ah yes, the American way! Our problems aren’t bad if other countries also have a version of that same problem! Their scale and their impact aren’t an issue, as long as they are similar! 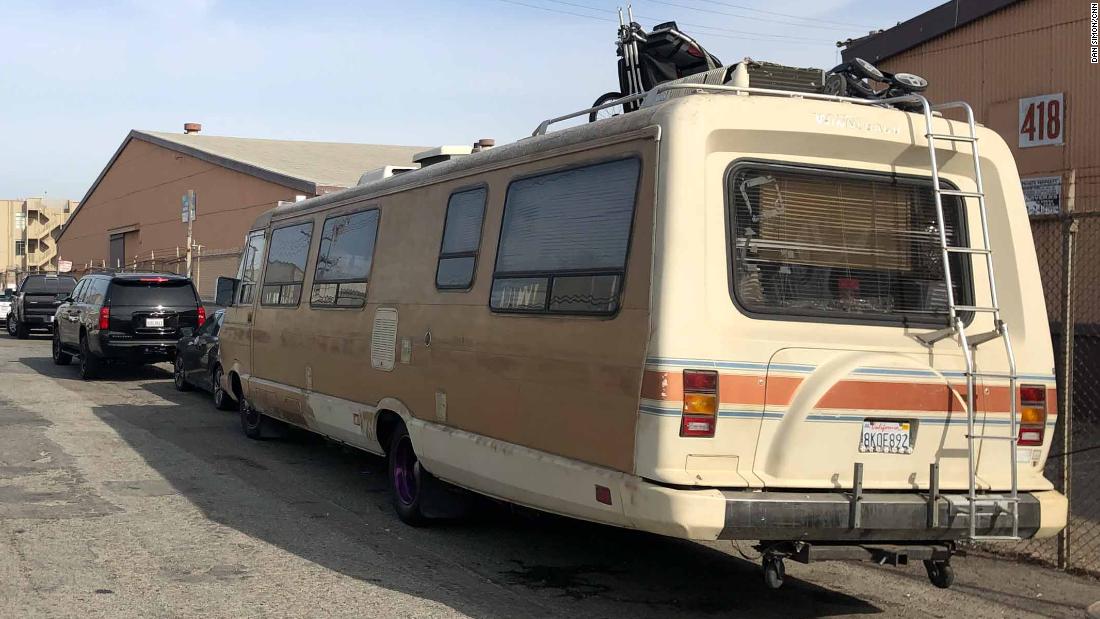 More than 16,000 people live in their cars in Los Angeles. For these homeless residents, a guarded parking lot brings safety and hope. CNN's Dan Simon explains.

Of course people in the UK end up living in their cars. And some people are killed by guns. Of course.

Scale matters. At a certain quantity, the quality changes. 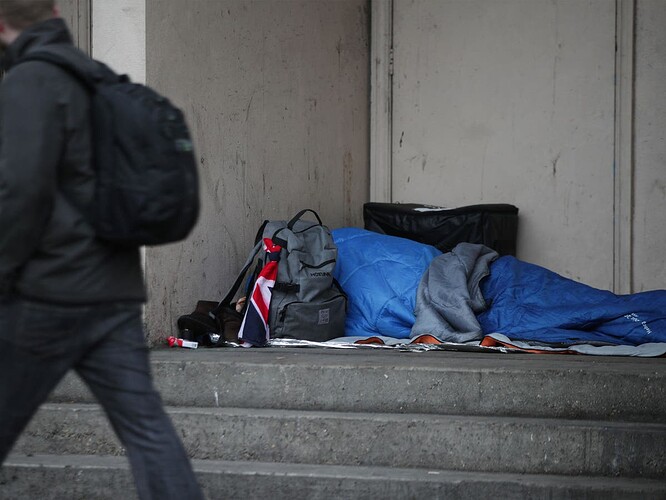 Shelter warns of growing crisis with 13,000 more people either sleeping rough or in temporary accommodation compared to last year

i don’t think either country can brag about not having a homeless issue.

I’m kind of shocked that the percentage is so low for he US. I would assumed it was much higher.

Doesn’t the UK have it’s own thread?

There’s no bragging going on. It’s about how accepted it is for someone not being able to afford to live in a home.

The article points out that “local authorities struggle to find affordable homes for people they have a statutory obligation to help”. The vast majority of people in the UK who are registered as “homeless” are people without housing of their own, not those who are sleeping rough.

The article says the study “incorporates official statistics on how many people are sleeping rough - more than 4,000 - and how many are in temporary accommodation”.

That’s the reason why an increase in people sleeping in cars, measuring in the hundreds, is a news story!

At the moment 296,000 of the 300,000 homeless people aren’t sleeping in their cars! They are in shelters and temporary housing! The local authorities are struggling, but doing their best!

The figures you’re looking to compare are the 4,000 people in the UK vs the USA where “193,000 people had no access to nightly shelter and instead were staying in vehicles, tents, the streets and other places considered uninhabitable.”

Your attempt to see this as competition about bragging is exactly my point “Yay, America” comment. It’s not about “other places are also bad”, it’s about duty of care.

@Dazzle369, have you been to the west coast of America?

Duty is irrelevant if it isn’t fulfilled.

@Dazzle369, have you been to the west coast of America?

Never been to the USA. Never will. I’m too afraid of being shot for being brown.

I’m kind of shocked that the percentage is so low for he US. I would assumed it was much higher.

The way they count the homeless population in the US is incredible inaccurate. 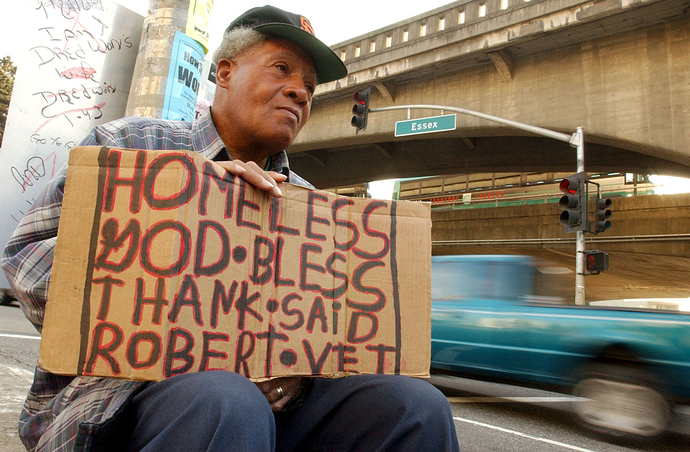 Why Can't We Get an Accurate Count of the Homeless Population?

HUD requires communities to send out volunteers to tally homeless individuals one by one, often undercounting the number of people experiencing homelessness.

In NYC we count by hand. I’ve thought about volunteering for it a few times, but they do it when it’s cold.

I think I’ve told the story on this forum before, but visiting the west coast of America for the first time was a revelation in terms of homelessness.

I’d seen in movies where someone has something like a briefcase of money then need to get rid of, so they look around for someone to give it to, and there just happens to be a bearded man waiting at some traffic lights with a sign saying “homeless veteran, please give kindly”.

I always thought “wow, that’s unlikely!” but for the sake of a fun moment in a movie, I just let it slide.

That was until I visited Portland and went on a bike ride. Along many stretches or roads, every single traffic light had at least one and often multiple homeless veterans. I asked the local people I was staying with about the situation, and they didn’t seem to understand what I was asking about. The homeless veterans at the traffic lights were literally part of the background experience of the city.

Then in San Francisco, when I wasn’t stepping around human excrement on the pavements, I was stepping around actual homeless people laying on the street. When I asked people about it there, it was a real topic of conversation!

It should be noted that while the US has been addressing it’s homelessness issue recently (see Fig 1.4 of this HUD report) Britain is doing not so much.

Well, you said it best.

Can we even have a meaningful music discussion?

if you have something you actually want to communicate with me, just say it. The passive aggressive blah blah blah is going to get tiring.

Ah yes, the American way! Our problems aren’t bad if other countries also have a version of that same problem! Their scale and their impact aren’t an issue, as long as they are similar!

“ Ah yes, the American way! Our problems aren’t bad if other countries also have a version of that same problem! Their scale and their impact aren’t an issue, as long as they are similar!”

“ Your attempt to see this as competition about bragging is exactly my point “Yay, America” comment. It’s not about “other places are also bad”, it’s about duty of care.”

I’m not very interested in arguments with Americans equivocating about the problems of homelessness in the west coast of America.

You’re replying to posts I made saying the difference in scale means a difference of quality.

I’m saying that ignoring that scale and trying to make arguments about the quality is exactly the attitude that is the very representation of the breakdown of civil society in America.

Don’t take it personally, as I’m addressing every American on the forum.