Anyone know of any good online communities for rpg design? There’s a pretty large one on Reddit but so much of it feels banal, not much “community building” It seems like so many places have splintered into Discord servers that it’s hard to find any public place with the kind of discourse you saw on stuff like The Forge.

I get my RPG community by following the right people on Twitter.

I was once the play by post moderator at enworld and it was between them and RPG.net and maybe a few other sites way back in the day. I only vaguely recall the Forge, mostly for some infamy of some sort… some sort of one-true-wayism thing? It’s been a long long time.

The thing with Reddit, youtube, twitch streams, etc. for me is that they seem to spend 99% of the time talking about things that are for better or for worse “solved problems”. Also tons of amateur hour designs

It used to happen on G+ (for some reason), but twitter is the only place I go for public discourse on RPGs.

I only vaguely recall the Forge, mostly for some infamy of some sort… some sort of one-true-wayism thing?

The Forge is in many ways the seed that germinated every indie RPG published in the 2000s - it’s the CBGBs of RPG design. Jason Morningstar, Vincent and Meguey Baker, and probably whoever wrote D&D4’s second DMG and its page of “yes, and” improv advice.

The creator, Ron Edwards, is a gen-x underground comixx kinda guy; he wrote an essay that was particularly unkind toward White Wolf’s books from the early 90s, and poetically described what he viewed as the bad habits they perpetuated as “brain-damage.”

Reactionary culture war people grabbed the narrative and ran with it. Although I imagine it got pretty tiring to deal with excited people “coming home” and trying to clumsily port Forge jargon and concepts into D&D or GURPS or whatever. Fortunately, we’ve had an entire decade for published games to do that for us now - Flags and Bangs and relationship maps are just woven into the new D&D, either because people read the essays 50 times until they understood them, or because they played Apocalypse World once or twice and their world got a little bigger. It got normalized, the Forge is closed, and no one has to argue about the personal offense they took to their brain-damage that one time.

Interpreting anything Edwards wrote on the Forge as “one-true-wayism”, or as anything other than some attempt to catalog and understand new or forgotten tools for designing TTRPGs is some real galaxy-brain shit (not you, but the people at the very front of that long game of whisper-down-the-lane…) RPGs are such small potatoes compared to video games that no one has ever heard of it outside of… ENWorld or RPG.net I guess.

A few of them from The Forge went onto Story Games and they had to make it quite clear that Story Games was not The Forge when things there got a bit unbalanced.

I used to post there but it’s been many year since then.

Yeah that’s pretty much reddit in a nutshell. I spend a lot of time on /r/tabletopgamedesign but not so much on the RPG version.

I think part of the “banal” feeling is that these groups are nuts-and-bolts design communities - it’s all about making the sausage, and you find out that making sausage is a bunch of rote work.

I don’t know of good places to talk design philosophy other than G+, honestly.

I recommend you glom onto the designers you respect and see where they end up after the G+ diaspora.

Maybe we should MAKE a place specifically for this community to finally have a safe home?

I don’t think you want to sign up and manage that.

One rpg group that I respect, The Gauntlet, is planning a Discourse-based forum. That’s one to keep an eye on.

I’d be scared that you would end up drawing in a number of “that guys”. I love RPGs, but a lot of communities tend to break up into small pocket groups partially because of their own nature.

I don’t think you want to sign up and manage that.

Definitely not. But I would be willing to do the technical work of say, installing and hosting an application like this forum. I would leave the community management to others.

You could implement THE TREE for it.

Not the worst idea I’ve ever heard.

yeah this is a good explanation of how reddit feels to me. Not saying that it isn’t completely devoid of roleplaying philisophy/concepts talk, but even the everyday threads just seem empty. It’s a hundred questions asking “how do balance health” or “what action economy should I use” which to me is far too deep into the minutia of designing a system compared to asking say “how do we make a compelling system that replicates a heist?” or “can you design a roleplaying system where players play an entire family tree?” type stuff
On the more selfish side I’ve been trying to get more and more serious about rpg design and while everyone has the age old advice of “playtest playtest playtest” it seems pretty hard to organize any kind of serious playtest group(s) without a big company to actually fund it.

Necro’ing this. The community at RPG.Stackexchange is am amazing resource to bounce game design ideas off as everyone has a lot of experience playing a lot of systems and opinions about what works and what doesnt. The caveat is you can’t post theory/help me build my system questions within the Q&A SE framework because most of the time thats off topic. However if you jump in the general chat, make friends and/or also spin off your own chatroom for it you can really get a ton of great input from people. I used to basically live there for a few years while I was at work since I was playing and running a lot of RPGs at the time. 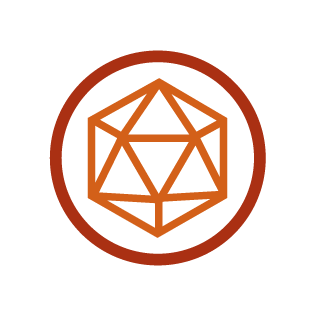 Q&A for gamemasters and players of tabletop, paper-and-pencil role-playing games