Tonight on GeekNights, we review the fantastic, must-see Your Name (君の名は。), Makoto Shinkai's greatest work to date and one of the biggest anime movies ever made. In the news, Kemono Friends is shockingly popular, selling out its popup store, and Toho is having a fantastic year in no small part due to Your Name.

I saw this with my wife last weekend and cried like a child for a good bit if the last act. Damn good movie, animation, voice acting, everything.

Kemono Friends is on my assignment list. Hooray! A moe show with a dash of anthropomorphism where the characters are children (?) of an undefined age (they look like they are 8-year-olds with breasts) and which seems to be targeted at children and adult men. These are all things that a feminist who is hyper-vigilant about the sexualization of children would be super comfortable with, right? Right? O.o

Why does this movie have an opening theme? I haven’t seen any anime movies that choose to make this decision. Didn’t like it at all because it was telling me themes and cues to look out for in the movie. It was an unavoidable trailer to a movie I already decided to watch.

That being said, the movie is pretty incredible.

Oh, obviously, we only saw the subbed version. We can’t speak to the English dub.

[quote=“SkeleRym, post:6, topic:660”]
We can’t speak to the English dub.
[/quote]I haven’t seen it myself yet, but apparently it’s pretty quality. Even two of my mates who are real sub-only snobs admitted that it was well done, and praised the effort they put into it.

Well, I mean, If you’re going to do a good job dubbing an anime, this is the one, right? Hire some real voice actors and not the usual anime crew.

The actors usually aren’t the problem: it’s the direction and producers.

To wit, many of the VAs for Friendship is Magic have also done terrible anime dubs. 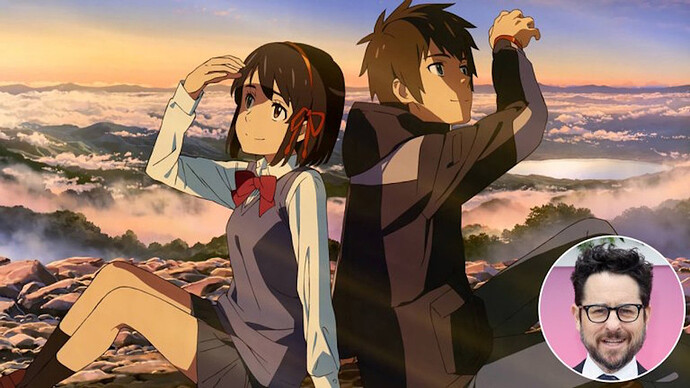 Christ are we going to whitewash this shit too? I can’t even fathom how they’d even attempt it, the plot is so steeped in Japanese cultural touchstones I just fucking can’t even. If they do it it will be a train wreck to make Ghost in the Shell look like a culturally sensitive faithful adaptation.

Has there been even one adaptation of an anime into a hollywood live action movie that has succeeded by any measure? Why keep trying???

I assume they’ll heavily adapt it, set it in Appalachia and New York or something.

Because it’s easier (or at least cheaper and faster) to try and adapt something that’s already out there than come up with something new and creative? It’s the same with all the reboots that have been happening in movies and TV.

You know what’s even cheaper? Just fucking license and distribute the original movie. Just don’t put it in 5 theaters for one week with no marketing, like they did. Give it the full marketing budget of an actually big time movie with the TV ads and billboards and whatnot. Save your production budget for something else that is actually original.

But will it play in Peoria? USians seem to be more afraid of subtitles than they are of terrorists.

Their thinking is literally:
X made money.

But X is foreign.

Make it not foreign so dumb Americans will watch it.

It doesn’t enter their minds that the thing that made it good was intrinsically coupled with the culture of origin.

You beat me to it.

Also, unless it’s Pixar, Disney, or whatever the Shrek, Ice Age, etc (Dreamworks?) movies are, people will disregard an animated movie, especially a foreign one, especially with subtitles, and especially if the target audience is adults and not kids.

Plus you have the Hollywood arrogance of “X was good, but I can make X+ BETTER.”