Tonight on GeekNights, we consider the 1966 Peanuts television special It's the Great Pumpkin, Charlie Brown. From an exploration of PTSD and the horrors of war to the inherent fanaticism of religion, it has some surprisingly nuanced elements. In the news, Makoto Shinkai's Weathering Skis will be in American theaters, but you can see it early at Anime NYC, and Disenchantment season 2 is surprisingly good!

I think it’s a bit funny that you guys harsh on Linus for believing in the Great Pumpkin, but sympathize with Charlie Brown for thinking he’ll ever kick that football

I never liked Charlie Brown the character. He always came off as a curmudgeonly pessimist. I always saw the humour of Peanuts as Charlie Brown creating a cycle of misery for himself. The kids are dicks to him because he’s a dick. He gets rocks for Halloween because he couldn’t even make a sheet ghost right. He’s can’t be more than 10 years old and all he does is sigh and express or woe over how crappy the world is.

That being said I think Peanuts is a pretty significant comic. I think Charles Schulz put a lot of himself into that comic (it’s definitely not a coincidence that he gave the main character the same name as him). It strikes me as a uniquely American comic in the way it depicts the struggle against malaise caused by the failure of the American Dream.

I think it’s a bit funny that you guys harsh on Linus for believing in the Great Pumpkin, but sympathize with Charlie Brown for thinking he’ll ever kick that football

The Brown family are victims of the Van Pelts. Charlie Brown is a doofus who can’t make a proper costume, but he never did anything to hurt anyone else. He doesn’t lie or mislead anyone. When he does get hurt it’s because he is being mislead by the malicious Lucy or bullied. What has he done to deserve that kind of treatment other than being dumb?

I don’t blame naive people who are maliciously manipulated into joining cults. Lucy is malicious, acts with malice aforethought, and actively directly harms him.

Linus harms himself and others, but no one is manipulating him but himself.

Edit: the rest of that was insensitive.

I do mostly consider all “religions” to be low-key cults

This is a pretty sweeping generalization about every spiritual person ever. Linus’ behavior is almost beat for beat doomsday cult/Bible belt theology, but there are tremendous swaths of religious people (mostly reform, reconstructionist, or new age) that have the awareness to refit or outright eliminate the harmful aspects of ancient religions. You are free to (dis)believe whatever you want but it’s just as regressive to pigeonhole all religious people as cultists in the same way they brand atheists as hopeless sinners.

This is a pretty sweeping generalization about every spiritual person eve

I consider myself spiritual.

Edit: I won’t make sweeping generalizations here about to religion. Keep it to the flamewar threads.

My wife made the great point that, while not taping commercials is a benefit in the short to midterm, the best part about watching some old tape or a youtube digitization of some taped show is the rando commercials that do more than anything to signify time and place.

Yes, old commercials are fun and cool, but only for a few minutes. They’re still commercials. The actual content is what you actually want to watch. The tapes were recorded with the intent of watching them in the near future, not the distant future.

If you had the tapes now, you would not really watch much of them. If they had commercials, you would put in a tape and probably only watch a few episodes before it started to drag. Then when you saw the same commercial for the 5th time, it would stop being fun. then the next commercial break you would stop watching. Without any commercials the content, which is actually compelling, would keep you engaged until the tape ended and you had to switch to the next one.

Watching a taped movie from the 90s the commercials are wholly entertaining as self contained objects because I think about the production and copywriting differences and about Market Personas that were created that drove the idealization of the commercial itself. Granted thats probably pretty limited for most people, but I’m friend with copywriters and did a bunch of UX Design/HCI stuff in my grad degree that its really just more entertainment for me.

How does not being able to make a sheet ghost right make someone a dick?

I asked my Hungarian friend and she said that they used to see these videos on TV in the 80’s. So, someone must have found them and done the English dubs, they are not a new creation.

So I realize my comment came off as dumping on Charlie Brown in the same way the characters do and not properly explaining myself.

In the context of character-to-characrer interaction, the way people respond to Charlie Brown is deplorable. The dude is always having a bad day and nobody ever sympathizes with him.

In the context of overall narrative and character? We’ve got this guy who is always grumpy, constantly making depressive statements, and overall just fails at everything he does through bumbling incompetence. From the narrative design of a tragedy, of course the universe will conspire to grant his self-fulfilling prophecy of misery. I don’t empathize with Charlie Brown. His overall attitude and life appears as a grim reflection of the way I felt when I was suffering from depression in my late teens, and I see a lot of self-sabotaging and perpetuating behavior in him.

To me Peanuts is black humor. I don’t agree that blaming Charlie Brown for the football situation is victim blaming. Lucy doesn’t attack him, she doesn’t pursue or harrass him. She barely taunts him. She’s a bully, sure, but every day Charlie Brown chooses to engage with her despite the overwhelming evidence that things will not go his way. I feel like the overall narrative is an extrapolation of that vignette; someone trying the same failing things over and over again and expecting things to change. This was why I said it feels to me like it’s depicting this fight against the malaise of the failure of the American dream. It’s coming to terms with the lie you’ve been sold that if you “work hard” every day for the rest of your life you’ll succeed despite the overwhelming evidence to the contrary.

To me Peanuts is black humor. I don’t agree that blaming Charlie Brown for the football situation is victim blaming. Lucy doesn’t attack him, she doesn’t pursue or harrass him. She barely taunts him. She’s a bully, sure, but every day Charlie Brown chooses to engage with her despite the overwhelming evidence that things will not go his way. I feel like the overall narrative is an extrapolation of that vignette; someone trying the same failing things over and over again and expecting things to change. This was why I said it feels to me like it’s depicting this fight against the malaise of the failure of the American dream. It’s coming to terms with the lie you’ve been sold that if you “work hard” every day for the rest of your life you’ll succeed despite the overwhelming evidence to the contrary.

That’s exactly victim blaming. Yes, he is stupid to keep falling for such a simple deception. But his stupidity is not his fault anymore than my height is my fault. Lucy takes advantage of his stupidity by actively deceiving him in a way to cause him harm. He is a victim, and none of it is his fault.

Some (many?) people who are clinically depressed actually have not so bad, or even great, life circumstances. Charlie Brown has some good life circumstances like a house, a family, a cool dog, not poverty, etc. Other than that, the world pretty much just shits on him. He could be clinically depressed, but he also have every right to be sad because on top of being unlucky, he is constantly treated poorly and disrespected by literally every other person.

I don’t think we’re going to come to an agreement on this. For the record I like Peanuts the series, but clearly I don’t interpret it the same way most people do.

Also, not buying it. You’re either implying CB is so mentally deficient/disabled he has no control over his own safety or that as a character he has limited to no agency. To my knowledge it is never referenced in the text that CB has an inescapable urge to kick footballs or that Lucy has the only football in town.

There is clearly a line between when someone is or isn’t culpable for things that are inflicted upon them. We’ll all agree than nobody is ever responsible for being a victim or sexual assault, violence, or other attacks on their person. I think continually trying to kick a football falls on the other side of that line. The way I’m seeing it, the situation isn’t that CB just wants to kick one lousy football and somehow he is not able to secure one himself and none of his friends are willing to hold one for him; it’s that he wants to kick the football Lucy is holding, either by someday being too fast for her or just hoping her heart grows three sizes and she lets him do it. My interpretation is not his continued failure in the face of an abuser, it’s his Pyrrhic stubbornness in the face of an immovable object that leads to perpetual misery.

Apart from the current conversation, looking for folk tales you say?

https://www.youtube.com/watch?v=_UbmB6HG1yg
This one is all children’s tales, but you’ll notice a tremendous improvement in the storytelling art. 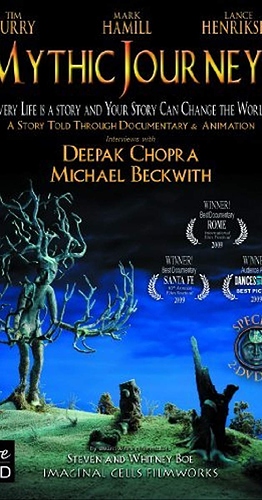 There’s Imagine Ourselves Richly, which focuses on First Peoples’ folklore also has some excellent essays about how folklore evolves and it’s impact on and in response to alien cultures.
https://www.amazon.com/Imagine-Ourselves-Richly-Narratives-American/dp/0824508785

There’s also the Dine Bahane which details the creation myths of the plains First People, my favorite included is Coyote visiting the land of the dead, which has outrageous parallels to the Greek Orpheus myth.

Unfortunately I’m having a hard time finding good Youtube retellings, but I could probably go on forever about folklore and myth.

Chuck also gets his therapy from the very same girl who torments him. Early years of the Peanuts comic Lucy had a crush on Charles. So there relationship is complicated to say the least. 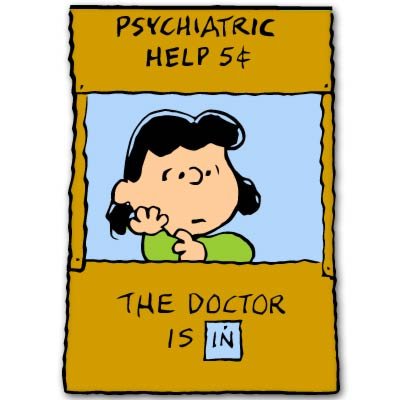 Kids these days do know Snoopy and Charlie Brown. There was a new Peanuts movie recently, and a decent amount have probably seen the holiday specials from family.

Also, Peanuts definitely travels outside of USA. It is huuuuuuuuuge in Japan. Hell, they even have a museum. The World's First Snoopy Museum Is Opening in Tokyo

Good grief: Charlie Brown's Halloween special not airing on TV for the first...

For over 50 years, It’s the Great Pumpkin, Charlie Brown, the Peanuts Halloween special, has aired annually on network television. Starting this year, this classic will move to Apple TV+. Fro…