Tonight on GeekNights, we review the classic Beast King GoLion, which you may know as Voltron. It's probably not what you expect if you've only ever seen the American "adaptation," and it's worth watching at least a few episodes even if you think you hate "robot shows."

In the news, Ed Piskor's X-Men: Grand Design is looking pretty excellent, Pixar's Coco was utterly fantastic, and we'll be at both PAX South and MAGFest! Join the GeekNights Forum or check us out on Patreon!

Scott: I mean, has Pixar made anything that people said is real bad? 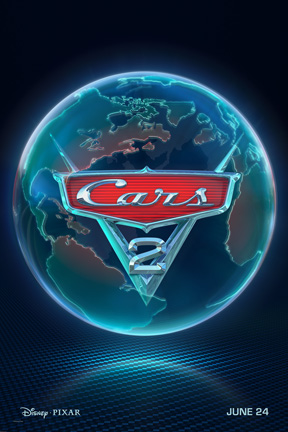 Racecar Lightning McQueen (Owen Wilson) and his tow-truck buddy, Mater (Larry the Cable Guy), have had their share of adventures together but nothing like what they experience when they head overseas for the first-ever World Grand Prix. While...

I haven’t seen Cars 2. I did see Cars 1. It’s not great. It’s not as good as other PIXAR movies. But it was way better than people think. Is Cars 2 really that much worse than Cars 1?

I haven’t seen it, but I’m willing to bet yes:

Star racecar Lightning McQueen (Owen Wilson) and the incomparable tow truck Mater (Larry the Cable Guy) take their friendship to exciting new places in Cars 2 when they head overseas to compete in the first-ever World Grand Prix to determine the world’s fastest car. But the road to the championship is filled with plenty of potholes, detours and hilarious surprises when Mater gets caught up in an intriguing adventure of his own: international espionage. Mater finds himself torn between assisting Lightning McQueen in the high-profile race and towing the line in a top-secret mission orchestrated by master British super spy Finn McMissile (Michael Caine) and the stunning spy-in-training Holley Shiftwell (Emily Mortimer). – © Disney

For comparison, Cars was 74% fresh.

I got about 15 minutes into The Good Dinosaur before turning it off. It was garbage. Very nice looking backgrounds, but nothing in the first 15 minutes that made me think it was worth my time.

A lot of people didn’t like Brave. FWIW, I thought it was pretty good, though it turned out to be nothing like what I expected.

I heard women tended to like it a lot more than men.

The Prince definitely shows up later and his backstory is equally fucked up. Short version: Princess Allura looks a lot like his mother, and the marriage was about how you think it was.

One of the later episodes had this super special forces squad in tan fatigues and red berets straight up murdering villagers in a literal campaign of terror.

New Voltron: It’s a remix, it takes a lot of base concepts from both the original and Americanized version and tells its own story. So if you’re waiting a whole season for certain story beats they won’t happen the way you expect them to. It’s a fairly queer friendly show. It’s on Netflix and definitely worth a watch. It’s no where near as brutal as Beast King GoLion though.

It’s possible. I went in thinking it was going to be some story about a badass girl single-handedly saving the kingdom. Instead we got a pretty touching mother/daughter bonding and understanding story with a good mix of action. As I said, I liked it, but I can see why some may not (especially if you were really wanted to see badass kingdom saving action).