Tonight on GeekNights, we consider the all-time classic Batman: The Animated Series. We talked in ancient times about the tv shows of our youth in a general sense, but BTAS is important enough to warrant its own episode! In the news, Weathering With You is worth seeing, Ride Your Wave continues the unstoppable Masaaki Yuasa train, Saint Young Men is coming to English audiences, and The Dragon Prince was good to the end!

No feedback other than me? Maybe on your YT, however, Jeremy and I listened to this today.

Y’all really done missed out on catching the other DC stuff. Mind you, I never got into Superman. I did watch a few Batman Beyond, but Justice League and Justice League Unlimited was the peak of animated DC before Marvel and DC really got into the movie business.

JL was just super cool to me. Mind you, I DGAF about the comics, but it introduced me to John Stewart BLACK Green Lantern who is enjoyable. And Hawk Girl? WHAT A BAD BITCH. Wonder Woman arcs of going to Themyscira fed love to Greek mythology. I really enjoyed learning about all the other DC heroes. Would I read their comics? Probably not, but I would have easily consumed more JL animated.

They had multiple episode arcs and the time travel Nazi Germany/WW2 was some GOOD SHIT.

Also, y’all silly about the theme not knowing it was more or less a new version from Danny Elfman’s them from Burton Batman.

You never once mentioned the name of Kevin Conroy. I guess because everyone knows, but if this is for the children, they need to know that name. But yeah B:TAS was and is the shit. Still have the DVDs.

Batman Beyond was great, very similar style to BTAS.

JL was super fun. Had a very distinct vibe from a lot of other superhero stuff at the time. There was lots of casual interactions between the heroes but also not the at this point overused trope of “they’re just like regular people”. They were always superheroes, but you got to see them chatting and bantering when they weren’t fighting supervillains.

What’s your recommendation for “Makoto Shinkai movie to fall asleep/ASMR to”?

I’m being sort of serious, like you guys pointed out, the majority of his movies are watching really impressive skyscapes at this point I’d probably fall asleep watching it. Might as well leverage it a little.

If you literally want to fall asleep watch Children Who Chase Lost Voices. You won’t know or care about what’s going on, so you’ll have no urge to fight the zzzz. 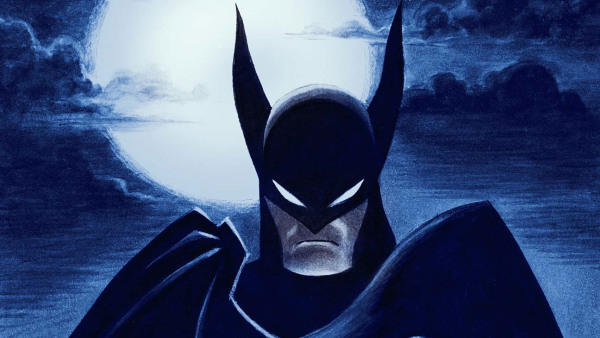 J.J. Abrams and Matt Reeves are re-teaming for a new Batman animated series. The powerhouse directors, along with DC animated universe veteran Bruce Timm, have received a straight-to-series order f…